The first new work of the autumn season at the Royal Opera House was a short piece by Kim Brandstrup the Danish/ English choreographer who has established himself firmly on the British dance scene.

The title, Invitus Invitam translates as ’against his will, against her will’.  The conciseness of the phrase was mirrored in the taut, minimal staging that held back a floodgate of emotion. 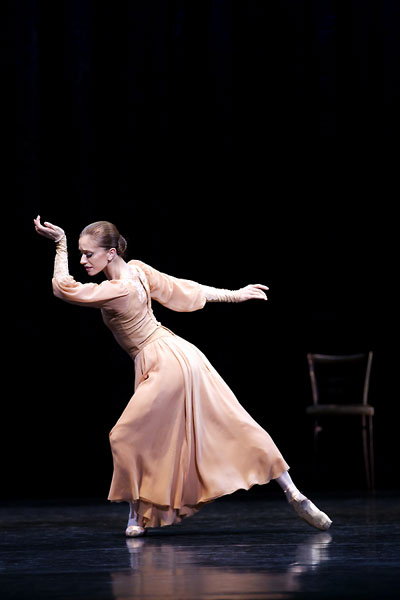 With Alina Cojocaru injured, she and Johan Kobborg were replaced by Leanne Benjamin and Edward Watson.

The dancers, two of the Royal Ballet’s finest dramatic performers, were in no way a ‘second cast’ and etched their stamp on the roles.

Brandstrup skilfully crosses the lines between dance, theatre and film and between rehearsal and performance in an intriguing postmodern mix.

However his choreographic language is consistently valid conveying the narrative through a language, recognisably balletic, and always meaningful.

The ballets were distinguished by exceptional performances. La Valse, although a highly structured work, captures the mysterious soul of Ravel’s music by deviating, intriguingly, from the expected.

Here it was the ensemble who starred by capturing the demonic energy of the waltz rhythm.

Winter Dreams, based on Chekhov’s Three Sisters is an episodic representation of the characters rather than a direct narrative. On the opening night Marianela Nuñez gave a heartbreakingly beautiful performance as Masha. Argentinean trained,

Nuñez has the technical quality we expect from top Russian schools and more importantly she has the soul of an artist.

Her musicality captures your attention so you hear the music as though for the first time. Carlos Acosta as Vershinin was not well cast, a natural extrovert he has difficulty with a role that calls for a brooding presence and only came into his own in the pas de deux.

Laura Morera, a dancer of unlimited enthusiasm, hit the right note as an idealistic Irina and in the second cast Bennet Gartside, as Kulygin, absolutely caught the despair of this good but dull man. 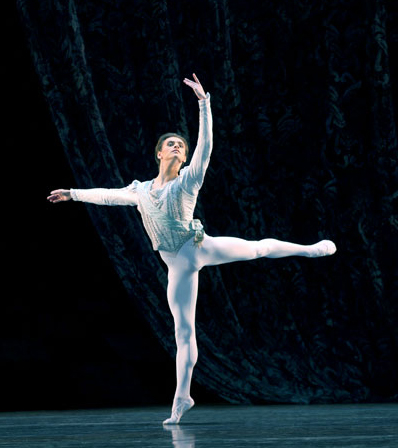 A true 'danseur noble'
It was young Sergei Polunin who lit up the sky in Theme and Variations.

He first came to notice at the Prix de Lausanne in 2006 with his pure style and effortless technique.

In this performance, looking sophisticated and at ease, he has moved up a notch to claim his place as a true danseur noble.

The difficult male role held no fears for him as he confidently partnered Tamara Rojo one of the company’s grandest ballerinas.

This role was created on Alicia Alonso in 1947 and the great ballerina, on the occasion of her 90th birthday, was presented on stage after the performance in a memorable historic moment.

Indelible impressions
The untimely death of Pina Bausch last year has left a void impossible to fill. Much copied and never surpassed she could create true theatrical magic from the most unlikely ingredients.

Bausch’s work has a natural affinity with Greek tragedy, plunging to the depths of the human soul and riding the crest of emotions.

Ruth Amarante, as Iphigenie, a slight figure with a mane of black hair, runs the gamut of passions from the tortured high priestess carrying out her grizzly tasks to the loving sister despairing of the unkind hand that fate has dealt her. 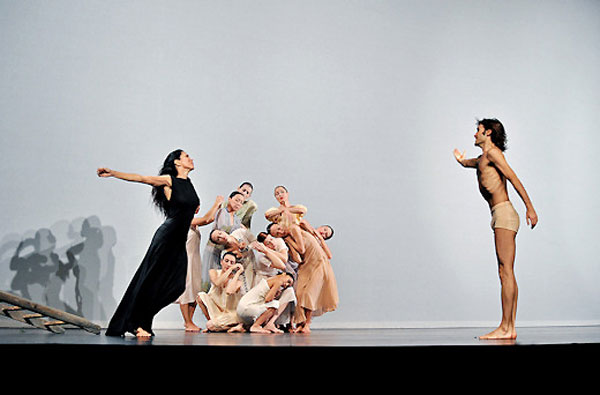 The low key ending, no glory, only endurance, is played out with the dramatic clarity that defines Bausch’s choreography; leaving images etched indelibly on the mind.