English National Ballet’s spring season at the Coliseum brought a welcome return of Serge Lifar’s Suite en Blanc. The ballet was a corner stone of the London Festival Ballet as the company was previously known and has been lovingly recreated by Maina Gielgud who learnt some of the ballet from Lifar himself.

The ballet has so much going for it: the enigmatic score by Édouard Lalo, the sharply defined choreography impregnated with French chic and a plethora of very danceable variations. Each of these has a singular essence and with a strong cohort of established and new talent there were many interesting interpretations on offer. 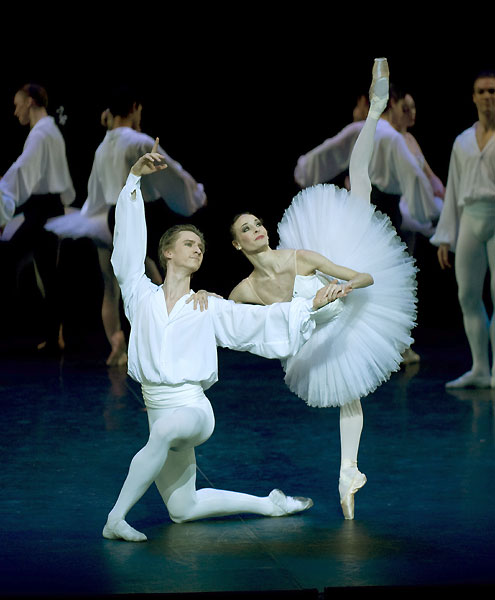 Among the highlights was the crisp insouciance of Erina Takahashi’s Flute solo, the sensuality of Elena Glurdzhidze in La Cigarette. Laurretta Summerscales, Junor Souza and Vadim Muntagirov danced the trio full of unconventional positions and carried off with youthful courage. Shiori Kase who has just bagged the company’s ‘Emerging Dancer Award’ performed an exquisite Serenade. The precision of her movements and her innate musicality make every performance a joy to watch.

Notable too was Yonah Acosta (nephew to Carlos) proving that dance is in the genes. He seemed unfazed by the fiendish challenges of the Mazurka cutting a cool, elegant figure. I hope this ballet continues in the repertoire as it rewards many visits.

Also in the programme was Vue de l’autre with choreography by company dancer Van Le Ngoc. A lightweight ballet, rather too dependent on meandering music and drifting scarves, it nevertheless gave opportunities for that thrilling pairing of Daria Klimentová and Vadim Muntagirov in a central pas de deux. 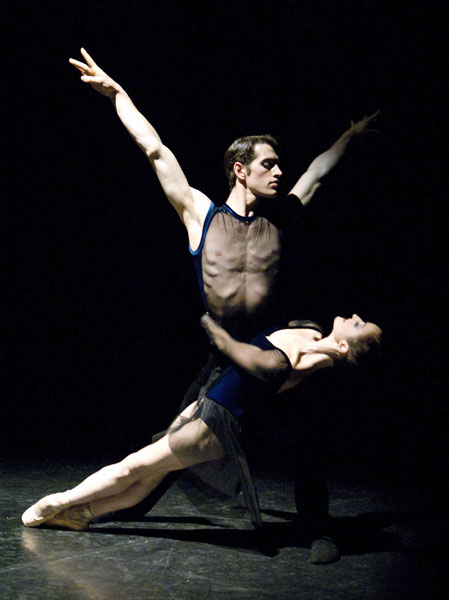 There were revivals of two of director Wayne Eagling’s ballets, Resolutions a dark and interesting work to Mahler’s songs and Men Y Men a showpiece for the company’s very strong male contingent, and squeezed in to complete the bill, the Black Swan pas de deux. With financial cuts taking their toll this was a savvy move, if a less artistically sound one.

However the Black and White programme was followed by a week of Swan Lakes and at the Royal Opera House, Swan Lake was also on the bill. Seared on my memory is Royal ballerina Marianela Nuñez in the final diagonal of her act two solo creating the magic that Ivanov and Tchaikovsky must have dreamt of. She sailed through the lame ducks (was ever a step more misnamed?) as smoothly and majestically as a true swan with the warm humanity of a woman in love.

Austerity versus extravagance
The third week in April saw the remarkable juxtaposition of Anne Teresa De Keersmaeker at Sadler’s Wells and the Kremlin Ballet’s Diaghilev Festival at the Coliseum, modern austerity contrasted with ballet extravagance. I unfortunately missed one of De Keersmaeker’s rare performances in probably her most famous work Fase and had to compensate with Bartók/ Mikrokomos. The formal symmetry of Bartok’s music finds a suitable match in the sparsely delineated structure of the choreography and the sombre setting as dancers and musicians dressed in black, work under strip lighting. 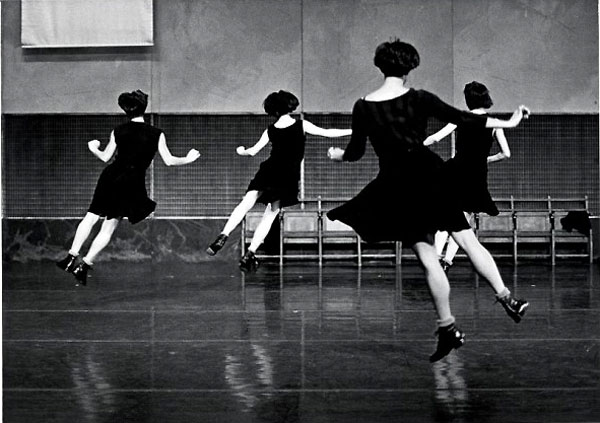 Elizaveta Penkóva, who trained at the Royal Swedish Ballet School, and has proved herself to be an eminent interpreter of De Keersmaeker, was featured in both works. Her duet with Jakub Truszkowski was by turns playful, teasing and hurtful and in the Fourth Quartet she infused the female quartet with her organic movement quality and gentle irony. 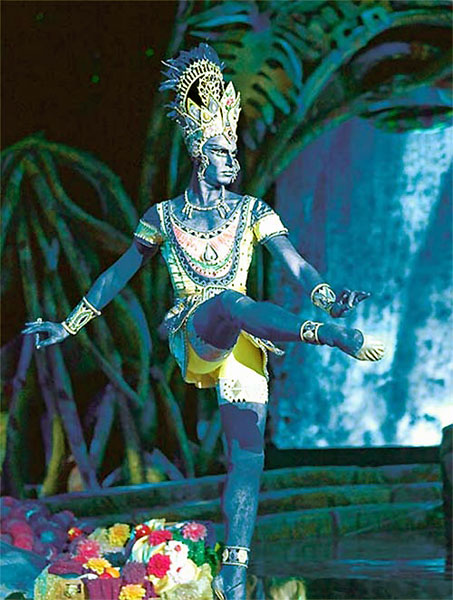 The Diaghilev Festival
The festival, under artistic director Andris Liepa, has aroused interest by staging long lost ballets like The Blue God known only through Bakst’s designs and old photographs of Nijinsky. The new choreography by Wayne Eagling was an unhappy mix of cod Indian and quirky ballet and did little to revive past glories despite the presence of Nikolai Tsiskaridze who had little opportunity to display his talents.

The Firebird however proved a better vehicle. Alexandra Timofeyeva, an exotic beauty with an imperious bearing, made a striking Firebird partnered by an exuberant Ilya Kuznetsov. Their final programme featured Le Pavilion d’Armide, L’apres-midi d’un Faune and Nijinska’s Bolero.

Pavilion was effectively choreographed by Jurijus Smoriginas in a convincing restaging to the saccharine sweet music of Nikolai Tcherepnin. With a veritable army of well trained dancers, companies like Kremlin Ballet have no trouble filling their ranks with quality performers and the dancers, both corps and soloists demonstrated finely tempered technique finished with eloquent ports de bras. 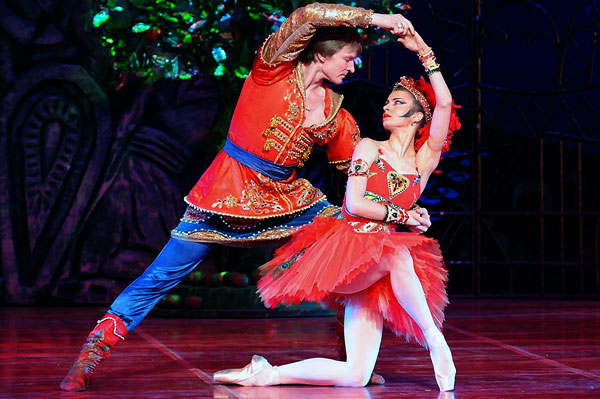 Timofeyeva delighted as Armida while Andrei Mercuriev danced Rinaldo with great elan. Mikhail Martynuk as the slave was an excellent dancer but there was little in the role, danced by Nijinsky in the original, to explain why it was so famous. Tsiskaridze’s Faune was somewhat more lusty than sensual but what a treat to see Bakst’s strongly coloured designs. The Alexander Benois designs for Bolero were also powerful in colour and design and Bronislava Nijinska’s choreography was skilfully shaped to compliment Ravel’s mesmerising music.

As stage lighting has moved on apace since Diaghilev’s day and there are no accurate records to provide guidance, Kremlin Ballet chose a multicolour medley of lights which seemed to detract from, rather than enhance, the stage designs. However an interesting experiment in reviving the past and I am pleased that there is still the money around to make these seasons possible.