To coincide with the early spring sunshine NDT2 were back in town with a well balanced triple bill including Alexander Ekman’s Cacti.

This was the first opportunity for London to see the young Swede’s idiosyncratic choreography distinguished by its rapid-fire wit and absurd situations and they loved it. After all, this is home to The Goons and Monty Python!

The young dancers revelled in his clever dance, timing the jokes to a nano second in a work that could be précised as Kodo drummers meet Keystone Cops. 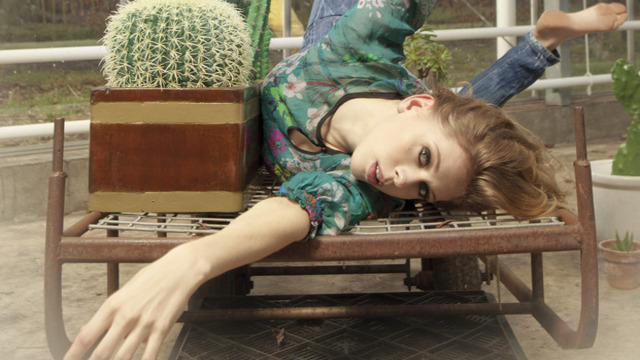 Former director Jiří Kylián contributed Gods and Dogs, a work with touches of extreme beauty but earthed by a whiff of primitive fear in the wild dog images.  Simple, effective designs and shafts of lighting shape the bodies with great sensitivity and it proved a fine vehicle for these exceptional dancers.

Awards
London does not host any of the major ballet competitions but Young British Dancer of the Year, small and beautiful, has its thrills.

Reece Clarke currently training at the Royal Ballet School won top prize with his interpretation of Solor and Prince Desiré. Exceptionally tall and with a maturity beyond his years (he’s only 16) he showed a warm assured presence and an elegant style. 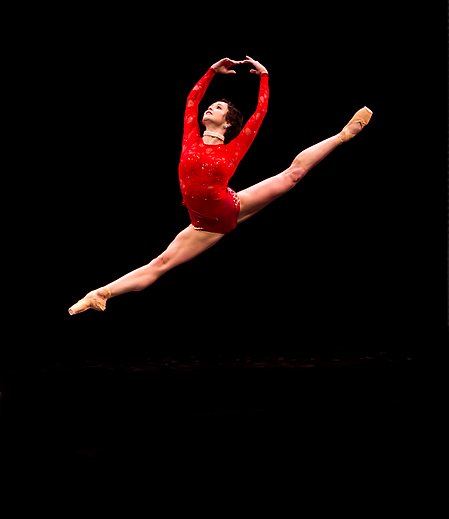 English National Ballet host an ‘Emerging Dancer’ award from within their ranks. Initial selection from audience feedback culminates in a surprisingly amicable showdown of the final eight.

Yonah Acosta’s top notch Basilio and Le Corsaire made him a predictable winner though for style and courage Nancy Osbaldeston was my favourite.

Her Paquita solo performed with ballerina quality found a surprising contrast in her solo, Sway; a sharp, sexy number to Marimba rhythms performed in a glitzy red leotard.

Her talent in reinventing her persona makes her a constantly interesting performer. 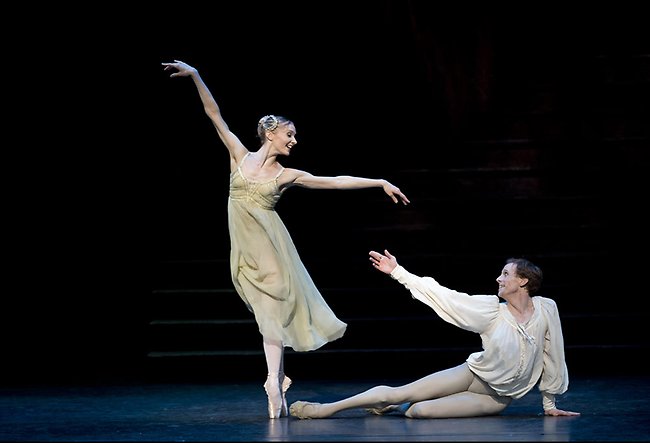 Major Drama
There was high drama at the Royal Opera House when Melissa Hamilton made her much anticipated debut as Juliet in Macmillan’s Romeo and Juliet. With her partner Rupert Pennefather injured, Edward Watson stepped in at the last moment.

One of the Royal Ballet’s most experienced principals, Watson is not a natural Romeo his strength lying in complex characters like Rudolf in Mayerling while Hamilton, a newly promoted soloist with a thrilling technique and perfect proportions shares Watson’s dramatic talents.

It was an extraordinary performance. It had a decidedly shaky start as nearly an hour in nothing seemed to gel when, miraculously, in the balcony scene the tide turned. The floodgates opened and in the soaring lifts the ballet simply took off.

By the third act this remarkable pairing had reached heights and depths of passion that left the audience breathless making an utterly memorable performance.

And there was yet more drama at the Wells when Sergei Polunin returned for a second brief season of Men in Motion, an interesting programme that included fine performances of Nacho Duato’s Remanso and Russell Maliphant’s Two X Two.

Director, Ivan Putrov, showed his metal in Vestris written for Mikhail Baryshnikov, by Leonid Jacobson. His virtuoso technique secure, he delighted in the self deprecating wit that defines the character and delivered the brief solo with impressive charm. 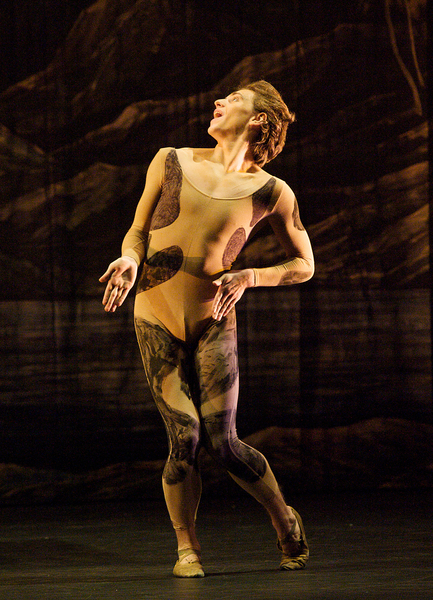 Sergei Polunin in Afternoon of a Faune. © Photographer Elliott Franks

But it was Polunin that the audience had come to see. Performing Nijinsky’s Faune a century on is an almost impossible task but Polunin went for broke, releasing an instinctive feral quality that suggested the creator’s charisma.

The previous night Polunin had appeared on BBC Newsnight looking shy and uncomfortable, his heavy lidded eyes seldom engaging with the camera. In sharp contrast to this inarticulate interview his James Dean solo spoke volumes.

This was real time drama as he expressed his admiration for the broody film star, dancing his heart out as the ‘rebel without a cause’.
It also seemed to sum up exactly where this dangerously talented young man is right at this moment.