LONDON: Summer has arrived and the euphoria that the Olympic Games aroused took everyone by surprise, not least the naturally cynical Brits. The Opening Ceremony dance highlights included Akram Khan’s powerful choreography that made a fierce contrast to the mournful strains of Abide with Me. The Closing Ceremony was a lesser event. However, Darcy Bussell had taken her pointe shoes out of their mothballs to make a brief appearance transported aloft by half a dozen male dancers.

In between, audiences were held in thrall by all manners of rhythmic gymnastics, diving, sprinting and those amazing synchronised swimmers who emerge from the water as perfectly groomed as when they dived in. By the time the Olympic flame was extinguished, we were a nation transformed – and we still have the Paralympics to come! 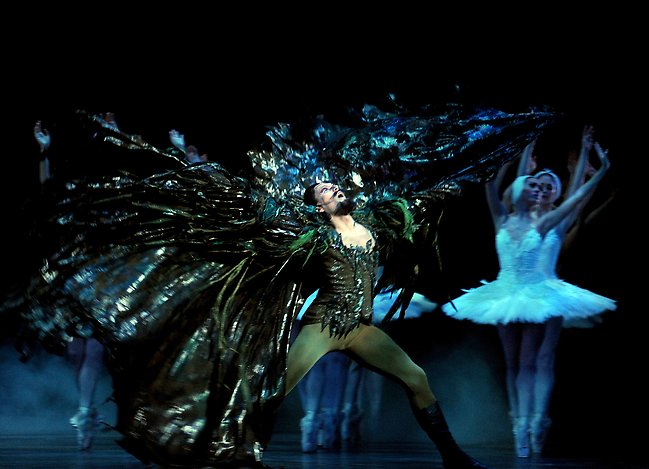 Meanwhile, English National Ballet’s year closed mid-August with Derek Deane’s Swan Lake at the Coliseum. Junor Souza, who has enjoyed an exceptional season danced his first Siegfried partnering Anaïs Chalendard. Theirs was a luminous partnership. Lac is one of those ballets where the aesthetic form is essential; the line of leg, the curve of the torso and arm and, most of all, the ballerina line in the neck.

Chalendard has it all and her white acts were exquisite. She is not a natural virtuoso but rose to the challenges of Act 3 on the strength of her acting: a Black Swan that hypnotised both the hapless Siegfried and the audience. Souza from his first entrance commands the stage with inborn nobility and easy charm. He lends elegance to every classical move and convincingly took the role of the young Prince to its tragic climax.

Equally impressive was the strength through the ranks. There is so much burgeoning talent in the ensemble that even the more mundane moments, such as the Act 1 waltz, sparkled. This version features Frederick Ashton’s pas de quatre which includes two intricate female solos full of nuanced èpaulement and fiendish footwork which proved a triumph for Shiori Kase and Laurretta Summerscale. The male duet featured twin brothers, Vitor and Guilherme Menezes, and I have seldom seen more perfectly synchronised dancing. The rows of swans were also in top form in this version adapted from the in-the-round production at the Royal Albert Hall.

The ’Proms’ of course, bag the venue at this time of the year so it meant less stage space for Rothbart (Fabian Reimair) to thrash his magnificent wings but this did little to rein in his evil intent which, as the story goes, can only be conquered by true love. Wayne Eagling, the departing director, can be proud of his great achievement in building one of the most exciting companies in Europe. 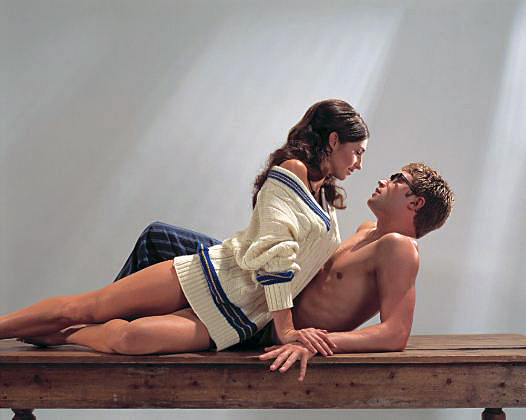 Old and New Adventures
Matthew Boune’s New Adventures celebrates its 25th anniversary with a series of revivals. Play Without Words, inspired by Joseph Losey’s film The Servant, is evidence of his innate theatrical instinct. The ploy of triplicating each character lifts it from simple dance mime. The three simultaneous interpretations flesh out the characters, enriching the body language and make words redundant.

In this classic nexus of sex, power and class Bourne captures the rigid restraints; a world ripe for the sixties cultural rebellion. If the master/ servant relationship sometimes slipped into easy camp, the seduction scenes were breathtakingly steamy.

The Early Adventures programme brought back Spitfire (1988) danced by four outrageously pretentious poseurs. A parody of Perrot’s Pas de Quatre, it also incorporates Minkus and hints of Don Q. When premiered in 1988 it staked out Bourne’s choreographic trajectory and can still raise a laugh after all these years. 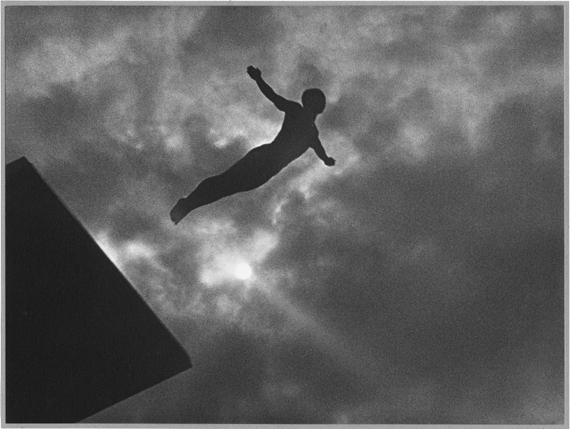 Attic Theatre Company presented Tom McNabb’s 1936: A Play about the Berlin Olympics. It focussed on the boycott debate raging in the USA whose team included the athlete Jesse Owens.

The after show discussion featured snippets of Leni Riefenstahl’s iconic film Olympia which proved less a documentary and more a homage to the beauty of movement, notably in her filming of the men’s diving. It is tempting to think, if her career had not been damaged by her fascist associations, what she might have achieved as a photographer of dance.