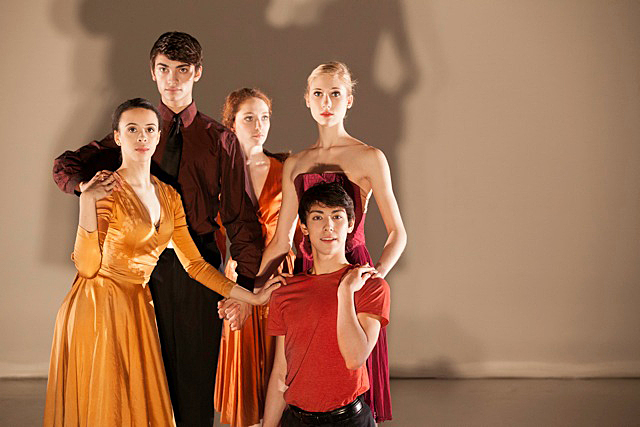 Nikisha and Nikita, Swedish girls at the Royal Ballet School

Two talented young Swedish students are currently in the graduation class at the Royal Ballet School in Covent Garden. Nikita Ruhl (18) remembers coming to London for her audition. As she had applied late, it was just an ordinary school day, ‘I stood outside with my mom reading “Royal Ballet School” and the door just opened up. I did the class and I was so excited that I didn’t want it to stop!’

She returned to Sweden to await the result and by a strange quirk of fate her letter went astray. ‘We only knew when the Royal Swedish Ballet School called my mom to ask if we’d heard the good news that I had been accepted.’ 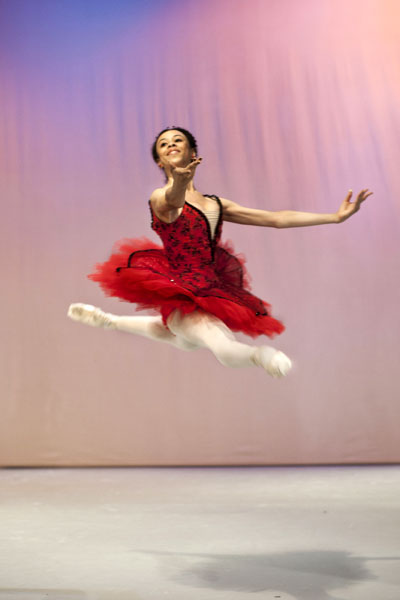 17 year old Nikisha Fogo got her chance through the Prix de Lausanne when Gailene Stock, the director of the Royal Ballet School and one of the judges, saw her dance and asked her to come to the final audition in London.

She had visited London previously and had wanted to watch classes but found out that you had to book an appointment, "But I can remember walking into the lobby and just thinking “Oh my god, I just want to be here so much” and when I got the audition I was just over the moon. The studios were so amazing and just to see the students walking around carrying their tutus."

Nikita had been awarded a scholarship from the Carina Ari Foundation. The offer was for two year’s study at a good ballet school and she auditioned at Hamburg Ballet and the RBS.

Nikisha had help from various funding bodies but she admitted it took quite a bit of effort from herself and her parents to get all the funding together to cover all the costs.

For female dancers pointe shoes are always a major expense. Nikisha gets a quota as she is currently performing in Swan Lake at the Opera House, ‘we get 10 pairs and I am so happy for that, because pointe shoes are a lot of money.’

I asked what had been their most exciting moments. They both agreed that it was the thrill of being so close to some of the world’s greatest ballet stars. ‘Especially when they are just a few feet away – it’s a great experience’, said Nikisha. ‘You see the big stars warming up on stage and doing like 5 pirouettes! We did a full call yesterday and I got to see Marianela Nuñez and Carlos Acosta and Natalia Osipova perform – it was amazing I got so inspired and just wanted to work even harder to try and become like them’. 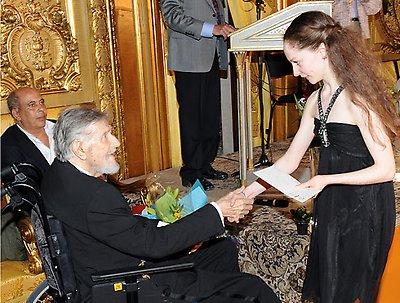 They mentioned the difficulty of staying in line in the corps de ballet but said that the repetiteurs, while expecting students to behave in a fully professional manner, were very supportive and friendly. And the big stars? ‘They are really friendly, Marianela Nuñez usually says, “Hi”.’

They have also gained performing experience in the school summer show when they danced in Paquita, worked with Alastair Marriott in his Simple Symphony and danced in John Neumeier’s Yondering which they described as ‘incredible’.

The two had studied together in Stockholm but not in the same year. However on arriving in London Miss Stock had called Nikisha’s mother to ask if she could be moved up to the second year. Nikita was delighted and they are now in the same class with Nicola Tranah, a former Royal Ballet soloist, as their teacher.

On arriving they found the classical training a little different as they were used to a more Russian style. In Sweden, as they were also completing their school leaving certificate they had to attend academic lessons as well. In their 2nd year class at the RBS they had done one academic class a day but in the graduation year, ‘it’s just dance!’

Another difference they liked was having pas de deux lesson with both a male and a female teacher; Gary Norman and Nicola Tranah. Having the same daily teacher they described as ‘like having your own mentor. When it comes to picking solos to work on they really know what will suit you’. I asked about their choice of variations; Nikisha had chosen Gamzatti in La Bayadere – ‘because I like jumping’ and Nikita said that Giselle was her favourite.

Finding somewhere to live, as visitors to London will know, can be a problem but not for these lucky students. They were provided with accommodation in Covent Garden only minutes from the school. So what did they miss about Stockholm? For Nikisha it was the cafes. ‘It’s different there. I miss the city and the water and, of course, my family. I am so grateful for Skype!’

Below: Nikita has also had training at the National Ballet School 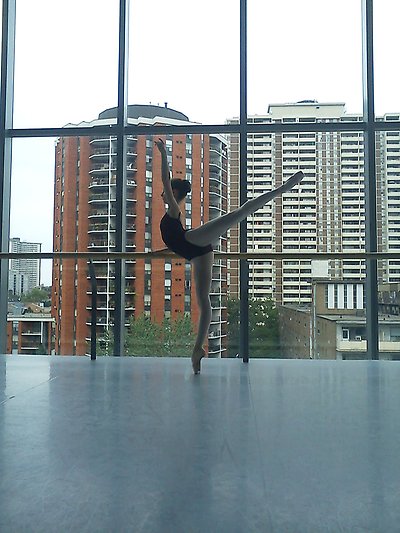 Nikita agreed and added, ’It is so crowded here, and that can get a bit stressful. Sweden is really calm and quiet and I miss my family as well. Living in the centre they enjoyed having everything so nearby – ‘you can just walk to Oxford Street and there is something about the city, the buzz.’

However there wasn’t that much time to see the city. ‘We have Sundays free but normally we are washing and sleeping, resting and sewing pointe shoes!’

There didn’t seem to be much on the downside but Nikisha noted, ‘it’s more like just being so tired. You want to do more but your body just can’t, that’s my worst thing.’

I asked about their future prospects as they will soon be looking for their first professional jobs. One of the major benefits of graduating from the RBS means you are more likely to get an audition at the company of your choice. Nikisha noted, ‘it’s the best schools in the world and it has the best reputation. If you have Ballet School Royal on your CV they will always look at you.’

They both said they would be auditioning for the Royal Swedish Ballet but thought that they would also like to look around. Nikita mentioned how important it was to venture abroad, ‘it’s an amazing experience and you get to learn so much. Just moving to a different country, you kind of grow up.’

Did they have any advice for Swedish students? Nikisha said, ‘don’t be scared to audition, that’s the tough bit, but you’ll never know if you don’t try.’ And from Nikita, ‘just go for it’.