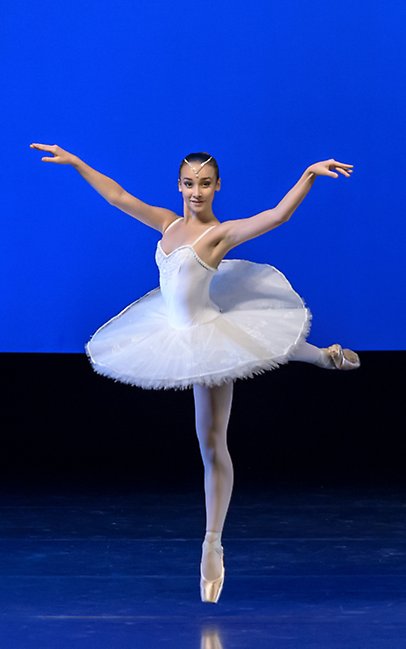 PARIS: The European semi-finals of the Youth American Grand Prix (YAGP) held in Paris had one Swedish competitor this year. Fifteen year old Tyra Medero who is studying at Svenska Balettskolan in Göteborg, got into the top 12 in the senior classical and has just received an email to say she has qualified for the New York City finals in April 2013.

YAGP was launched in 1999 by former Bolshoi Ballet dancers, Gennadi and Larissa Saveliev. It is the world’s largest student ballet scholarship competition and open to students of all nationalities from 9 – 19 years old.

Elisabeth Platel, director of the Paris Opera Ballet School, is President of the Jury and the school opened their premises in Nanterres for the morning classes.

"It was so exciting to be dancing at the Paris Opera School and Elisabeth Platel’s classes were very, very good."
In her classes Platel emphasised the importance of musicality and the quality of the movement – issues sometimes lost in the heat of competition.

"She also reminded us that we must be versatile enough to reverse jump combinations. The other teachers, who were mostly members of the jury, were also good. They work very fast with the exercises which is good for the brain. It’s good to see the way other people work and pick up on new ideas," said Tyra.

Tyra had chosen the slow ‘Shade’ solo from La Bayadère, a very precise and difficult solo. I asked her her how she coped with nerves in a competition environment.

"Yes, I felt nervous but I tell myself to relax, and remind myself that I have done it many times before and I can do it again. My lucky number is ‘4’ so I wait 1,2,3 … and then walk on stage! The stage surface was good, not slippery at all, and I felt very comfortable dancing on it." (I can report that Tyra gave a very good performance.)

What led up to her competing in Paris?
"My parents and I decided when we saw the movie First Position (http://www.balletdocumentary.com/trailer/) The school was supportive and my teacher Roman Rumyantsev was very keen. I had already done the Bayadère solo at other competitions so Roman said we should do that one. When I go to New York I will also do a contemporary solo and another classical variation, probably Coppélia third act."

What about the benefits of the competition?
"I think it’s very important. It’s a chance to show yourself to some of the most important people in the dance world and to be seen by people who could be very useful in your career. The competition awards many scholarships as well. For me personally, I met lots of different dancers and now I’ve got friends from all over the world. We have all been exchanging emails and facebook details!"

Competitions have a reputation for bitchiness – so how was the atmosphere?
"The competitors were very nice to each other. When I finished my solo the others said it was beautiful, they were all very kind".