Beefed up Beauty and Beauty in the Chickenshed

LONDON: By adding a lavish Sleeping Beauty to his productions of Swan Lake and Nutcracker, Matthew Bourne has completed the Tchaikovsky ballet trilogy.

Theatrical to his fingertips, his storyline is typically strong and original and together with long time collaborator, Lez Brotherston, who has created some of his most spectacular designs and costumes, they deliver an evening of magic.

Aurora, a vibrant Hannah Vassallo, is cute and tough and, in a very modern manner, rejects the princes and falls in love with the gardener, Leo (Dominic North).  Steps are not usually Bourne strong point, generally prioritising effect over neat enchainment but in this ballet, packed with variations, he makes a good fist of it.

Very occasionally he nicks a trick from Petipa, but the fairies – 3 of each sex, have some fine new choreographic material. I loved Joe Walkling’s fierce ‘Autumnus’ and the very stylish, and slightly ambiguous, Count Lilac, Liam Mower, who created an effective counterbalance to Adam Maskell’s Carabosse.

To preserve the mortal Leo for when his love awakes from her long sleep he is given a vampire kiss from the Count in a spine chillingly sensual moment that closes Act 2. While it hits on a popular trend, the logic doesn’t quite follow but at least we get the happy end.

Bourne has beefed up the baddies to add high drama, opening with Carabosse silhouetted by lightning during the overture. She dies in Act 1 but son, Caradoc, (Tom Jackson Greaves), carries on the genes, fighting to the bitter end. Tchaikovsky’s music is used to good effect in a demonic Mazurka round Aurora’s still slumbering body and also in a mystic and beautiful vision scene. 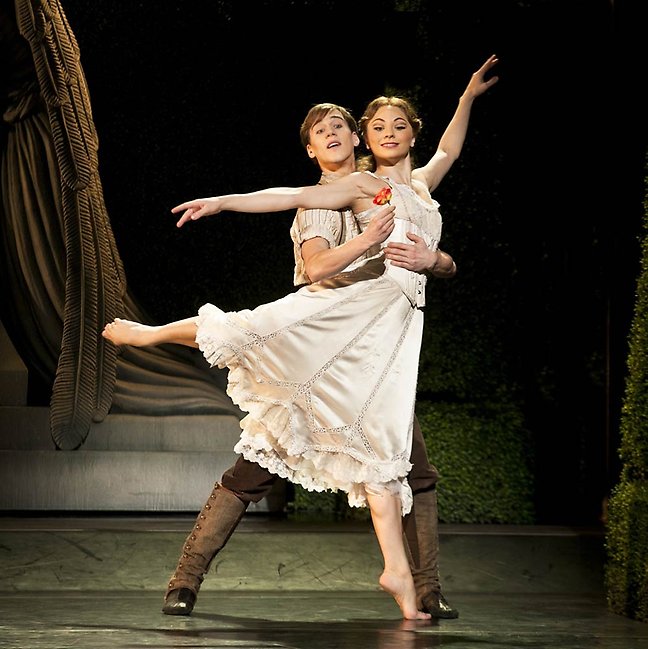 And then there is the baby! The newborn Aurora (a cleverly manipulated puppet) is a winner: precociously responding to the fairies and trying the patience of the nursery staff.

Aurora and Leo bypass the marriage. As Lilac finally floors Caradoc, they enjoy a short pas de deux and into bed surrounded by fairies followed by a closing tableau to introduce the new baby. With the entire British media besotted with the news of Kate and Will expecting a new heir to the throne, this was an amazing coup de theatre and greeted with much hilarity.

Beauty in the Chickenshed
Swedish tourists arriving at Heathrow will catch an underground train terminating at Cockfosters in the far north east of London. Walk on another 15 minutes and you will be at Chickenshed Theatre one of the most spectacularly successful community theatres in Britain.

They also presented Sleeping Beauty – Dream On for their Christmas show but with a cast of 800! (That’s a core group of about 20 and four large groups of youngsters on a rota.) Their inclusive youth programme is legendary, apart from Christmas fun they deal with relevant contemporary issues like drugs, knife crimes and gangs in productions of dance-rich physical theatre. 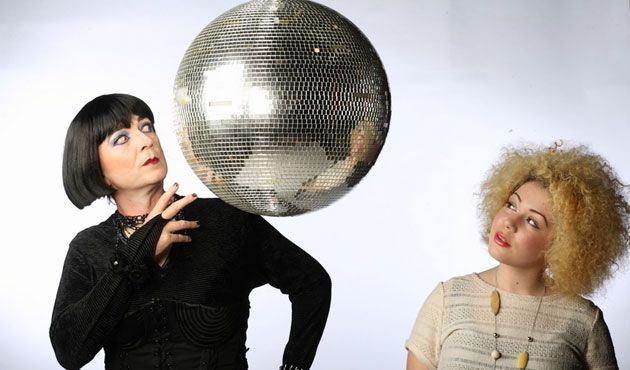 Michelle Nachum, still a teenage student, was a delightfully fresh Beauty in a rather complicated take on the fairy-tale that travelled back and forth in time.  This Beauty has two guides:  her Good and Bad Conscience that fight for her influence while she learns that present deeds have future consequences.

It is, of course, the Bad Fairy Aunt, Myrtle the Terrible, played by Joseph Morton, who gets the best tunes and generally steals the show. Morton uses his powerful personality and voice of operatic pretensions to great effect but is (sadly) finally reformed.

An inventive and adaptable design, live music and lots of high energy group work kept the enthusiasm bubbling and an audience of school kids fully engaged.