Best known for his performance in ZooNation’s Some Like it Hip Hop, he was also nominated for his work in Russell Maliphant’s Rodin Project and commended for his work in Kim Brandstrup’s Goldberg Variations at the Royal Opera House. His versatility is seemingly without bounds!

It was a great day for hip-hop. Teneisha Bonner, Tommy’s co-star won the Outstanding Modern Performance female category and Kate Prince, choreographer for Some Like it Hip Hop was nominated for Best Modern Choreographer.

Also up for this award was another Swede, Alexander Ekman. He was nominated for Cacti, the riotously funny work created for NDT2 and presented in their Sadler’s Wells season.

It was a great year for dance with 40-50 names up for nominations in each category and a stellar line-up of stars representing all dance styles. It was a great day out, both for the winners and also for those of us who just went along for the fun.

When Tommy Franzén won Outstanding Modern Performer at the National Dance Awards 2013, it was a first for hip-hop and a first for Sweden. Two previous nominations had this time brought him to the winner’s podium and the applause proved it a popular choice.

The performances that won him this accolade were in very diverse roles: Simeon Sun in ZooNation’s Some Like it Hip Hop and his part in Russell Maliphant’s Rodin Project.

In 2010, he was also runner-up in BBC TV series, So You Think You Can Dance, a series watched by millions. ‘It was amazing fun, so surreal - one of those once in a lifetime experiences’. It proved a major boost to his career raising his profile and putting him on the map.

Also on the list of nominees for the National Dance Awards was Kate Prince choreographer of Some Like it Hip Hop. Tommy had worked with her previously, notably at the handover ceremony at the close of the Beijing Olympics.
However he felt that it was the TV exposure that gave her the confidence to cast him in the lead role and to hand over responsibility for a significant part of the choreography - and Some Like it Hip Hop proved a runaway success.

On the street dance scene dominated by tall hunky black guys, pint-size Tommy is something of an anomaly. As Simeon Sun, he wears a woolly sweater and glasses but his geekish looks are miraculously transformed as he leaps and spins into action winning adoring fans in a trice.

The critics who decide on the nominations for the Dance Awards have often been accused of concentrating on the Royal Opera House to the detriment of the wider dance scene.

Indeed it was when Tommy appeared in Kim Brandstrup’s Goldberg that he first came to the critics’ notice.  He came to this prestigious job by a circuitous route. He’d auditioned for a show at the Linbury, the studio theatre at the Opera House. He didn’t get that one but he was asked to return to audition for Kim Brandstrup who chose him for a future project.

He filled the gap by dancing an opera, The Faerie Queen, also choreographed by Brandstrup and it was during rehearsals that he was asked if he would do Goldberg. This award winning production brought together classical, contemporary and street dance in an intriguing mix and presented Tommy with the opportunity to work alongside ballet stars, Tamara Rojo and Steven McRae. 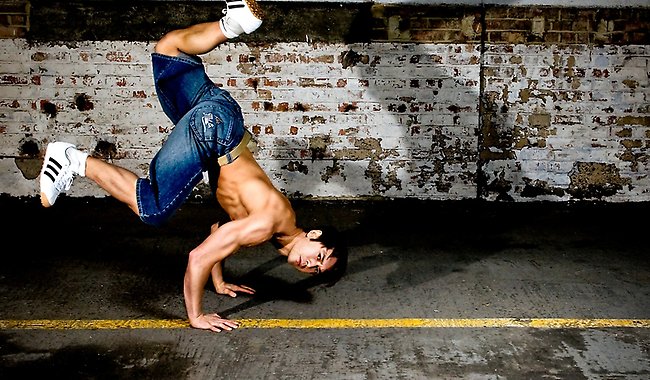 Tommy, born in Lund, had a slow start to his dance career.  ‘I began taking hip hop classes, just once a week for a few years. I got into the musical, Joseph, when I was 14 and then went from one musical to the next.’

He was awarded a three year scholarship and came to London to train at the Urdang Academy. ‘This was my first introduction to formal ballet. Fortunately there were a whole group of us boys who had never done ballet before so we had a sort of ballet/ gymnastics training to give us the basics.’

Here his training also included jazz, tap and singing. Tommy admitted ‘I’d love to be an amazing singer – but I didn’t quite have the knack’. However this certainly hasn’t held back his career.

In his second year at the Urdang he took a three month break from studies to work with the Swedish group Bounce who were touring the UK including performances at Sadler’s Wells.

‘From then on I started building a network of choreographers and it helped in getting onto agency books. In the commercial world you really need an agent.’

Probably because Tommy came to theatre through street dance rather than a hothouse conservatoire, he is more media savvy than most dancers. His website is both entertaining and user friendly and his social media skills are pretty impressive. 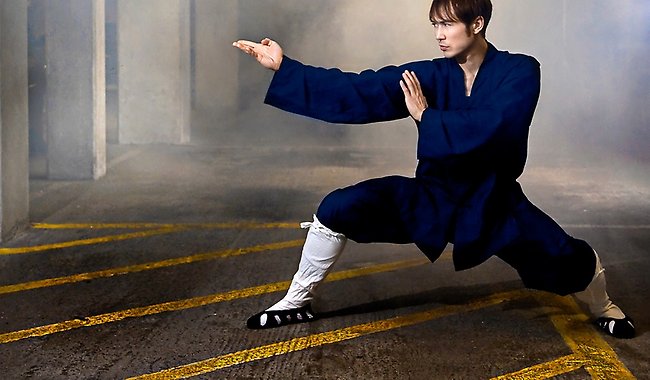 I asked Tommy why he felt the need to train outside of Sweden. ‘Well, there aren’t that many dance colleges in Sweden; I’d worked with a lot of people who had studied there and I was scared of being trained in a way that I would become like everyone else. I obviously had a different background and I naturally moved differently.

Looking back, the training probably wouldn’t have changed me but I just wanted to be different. So my plan was to come to London, return to Sweden and stand out!’ In the event Tommy stayed in London becoming a very individual performer who always stood out from the crowd.

Next month he will be one of the judges for the prestigious ‘Emerging Dancer’ awards held each year by the English National Ballet to indentify rising stars in their ranks. Yonah Acosta was last year’s winner.

Tommy will be on a panel of six that includes director Tamara Rojo and former ballerina Darcey Bussell. ‘It’s my first time judging a dance competition that is not hip hop – and with such an amazing panel.’

I asked if the ‘serious’ contemporary dance was a diversion or something that he would like to pursue.  ‘I’d like to do a bit of both really. It’s like two avenues that I want to enjoy – the contemporary and the hip hop. For me it’s a great combination and if I can keep it that way I’ll be happy. 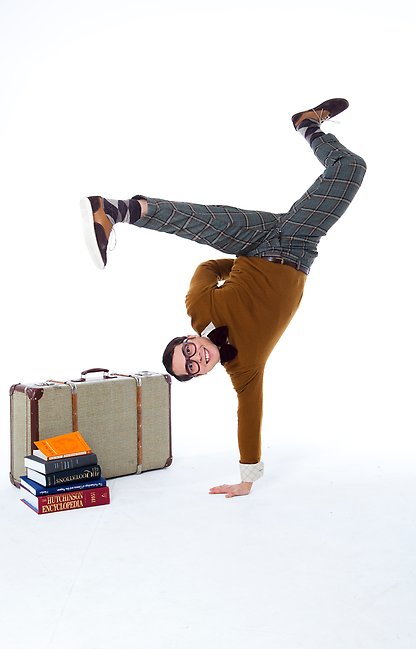 Tommy Franzén in Some Like it Hip Hop. Photo Ed Miller/SWT

As hip hop moves into narrative theatre rather than simply entertainment it is attracting huge audiences. Some Like it Hip Hop will return to the Peacock Theatre for a further 9 weeks and The Rodin Project still has further dates. But hip hop is tough on the body and he accepts that it is the side of dance he will probably have to give up first.

Tommy said he was keen to work in Sweden again. After the success of Benke Rydman’s Svansjön (Swan Lake) perhaps Stockholm’s Dansenshus should have Some Like it Hip Hop in their sights?