Exciting at Covent Garden, a Brazilian Onegin and Four New at the Linbury

LONDON: February marked a couple of exciting evenings at the Royal Opera House in London. A bill of Frederick Ashton works marked Tamara Rojo’s farewell to the Royal Ballet, the company where she has spent most of her career and the return of Sergei Polunin, although only as a guest.

Rojo is now directing and dancing with the English National Ballet and Polunin is a principal with the Stanislavsky Ballet in Moscow.

Marguerite and Armand, created for Fonteyn and Nureyev in 1963, is not the ideal ballet for either star: there is little to exploit Rojo’s virtuoso talents and the role of nineteenth century suffering heroine is not her forte.

However she made a scintillating courtesan in her red Cecil Beaton ball gown, danced like a dream and her loyal fans who had come to bid farewell, loved her in whatever guise.

Polunin was also on good form but in this predominantly dramatic role there is little to display his talents. There was plenty of passion but possibly not what either Alexandre Dumas or Ashton had in mind.

The rest of this very mixed programme was redeemed by a well cast Monotones set to Eric Satie’s mesmeric music with Marianela Nuñez like an ethereal moon goddess in the second movement. Another treat was Voices of Spring duet with Emma Maguire and Valentino Zucchetti – the epitome of youthful delight.

Hot on the heels of this special night followed a programme that included not one, but two new works created on the company. Alexei Ratmansky, a prolific choreographer much in demand internationally, choreographed his first ballet for an English company.

Somewhat in the manner of Jerome Robbin’s Dances at a Gathering, Ratmansky’s 24 Preludes is a series of encounters to Chopin’s music using a cast of eight of the Royal’s top dancers.

When faced with the likes of Sarah Lamb waltzing in a gorgeous gown, Steven McRae smoozying up to Alina Cojocaru before whizzing through any number of fancy turns, Zenaida Yanowsky being her wonderful imperious self, it seems desperately mean to say; but it was too long.

Choreographically Ratmansky treats classical ballet in a way that makes it both new and timeless. He skillfully threads emotion through the fabric to link and define the relationships, adding a dash of drama to spike the dynamics.

However the lyrical, orchestrated version of Chopin’s music missed the intensity that a solo piano would offer and several preludes before the end, the ballet runs out of steam. This is a pity because it is full of beauty and deserves to be a popular work in the repertoire.

The music has a brooding opening, a spiky second movement with a transcendent close and the choreography in tandem with Jean-Marc Puissant effective designs mirrored the three moods.

The ensemble work showed Wheeldon’s incisive structure and inventive use of the classical vocabulary.

The middle section shifts to something more fractured with dancers scattered over the stage in lively disunity.

But the highlight of this performance was the ecstatic duet by Marianela Nuñez and Federico Bonelli filling most of the final movement in an entirely satisfying manner.

Danced to perfection on an empty stage bathed in golden light, it hits all the right notes. 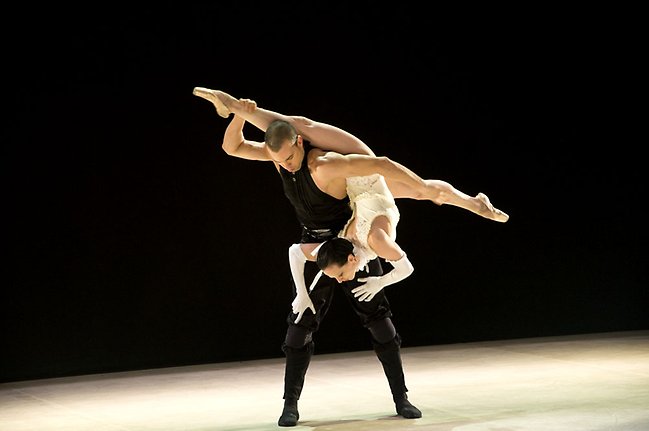 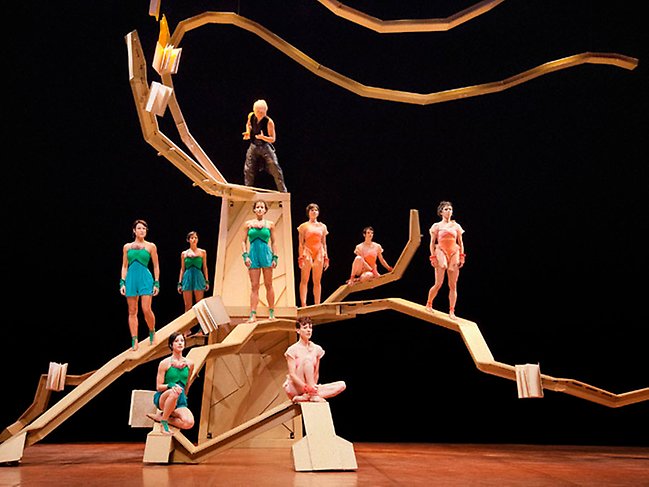 The eight hard working dancers of Ballet Black gave a programme of four newly commissioned works at the Linbury Studio Theatre. Fresh from their triumph as winner of the prize for best independent dance company at the National Dance Awards the company were looking stronger than ever.

I found Robert Binet to be the most exciting choreographic voice. His Egal, an obsolete word for ‘equal’ opened so many interesting new dance pathways and was performed with strength and simplicity by a stylish Cira Robinson and Jacob Wye – a new apprentice who handled the complicated partnering with great confidence.

The dual love stories: the youthful love of Olga and Lensky cut short by death and the rich complications of mistimed emotional revelations of Tatyana and Onegin have been intricately woven in this fascinating production.

There are four dancers cast as each of the main protagonists and Pushkin, the author, appears as a character in both male and female persona (the latter interpreted by Colker herself). The incisive detail in the multiple interpretations gives the work refreshing depth and clarity: sometimes driving and sometimes appearing to be driven by the narrative.

The production design is built around a tree-like structure whose limbs are as versatile as those of the dancers and through it all there is a wealth of wonderful, expressive dance. Her dancers are a choreographer’s dream; able to fly through the air, climb and roll and become the characters with vivid intensity. 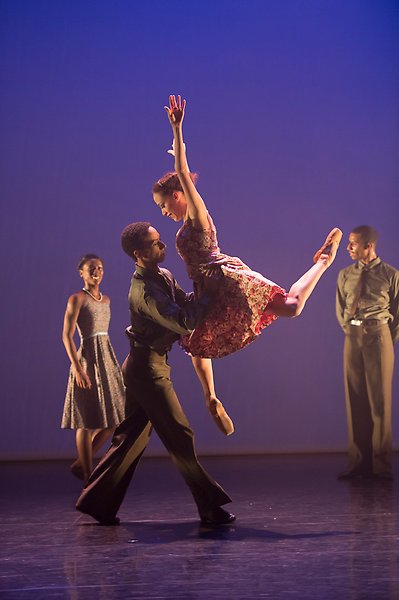 Javier de Frutos’ The One Played Twice featured the Sounds of the Aloha Chorus and other bands while his inventive choreography brought the warmth of Hawaii to a cold London night.

Ludovic Ondiviela of the Royal Ballet Company created Dopamine, a duet that gained strength as it progressed with Sayaka Ichikawa and Jazmon Voss loving every minute of it.

Christopher Marney, probably best known for his work in Matthew Bourne’s New Adventures, wrote War Letters, build round a hauntingly sad letter from a WWT soldier to his fiancée. It gave opportunities for strong performances, both dramatic and technical, in a mix of social dance and ballet and the company gave it a performance that would be hard to beat.