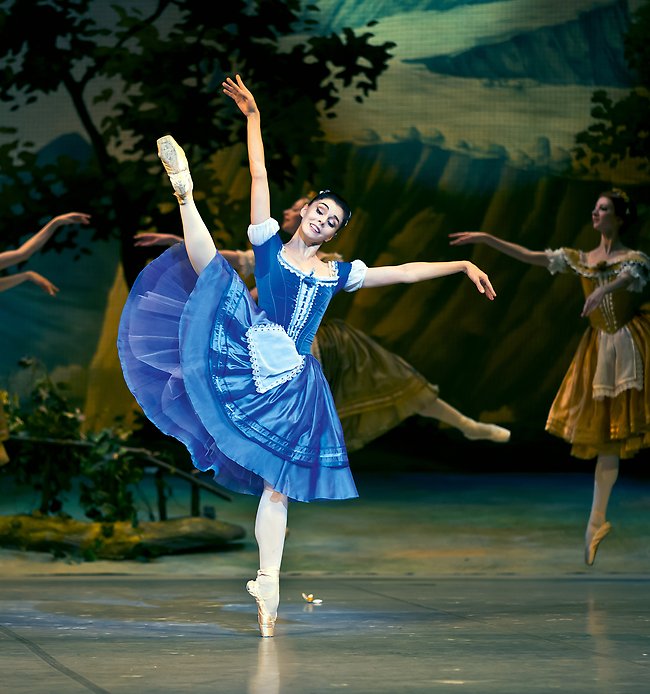 LONDON: The Mikhailovsky Ballet returns to London where they have built up an enthusiastic following and looking at other theatre bookings, it seems they are also poaching audiences from our regular companies.

This season saw the return of blockbusters, Don Quixote and Laurencia as well as works from current director Nacho Duato. The season opened on a romantic note with Giselle and a world class performance from Natalia Osipova. Nikita Dolgushin’s production is in the traditional mould shaped around the ballerina.

Osipova is a Romantic ideal, all porcelain delicacy, her huge trusting eyes marking her out for tragedy. Her mad scene is understated as she quietly drifts into madness and her second act is a dream. She hovers over the stage, her feet shimmering like fireflies and floating in a cloud of tulle in the big lifts.

Ivan Vasiliev, a buoyant Basilio rather than a noble Albrecht, is not ideally cast. His man servant sternly drawing attention to the ring finger to remind him of his commitments and leaves the audience in no doubt that he is a cad. He is redeemed however in his brief virtuoso moments and his partnering is superb. And as this is Giselle’s ballet; the balance works.

The corps de ballet of Wilis were so perfect, they appeared genuinely supernatural. The lines and spacing could not be faulted and their lines of arabesques were breathtaking in their beauty. They were led by Ekaterina Borchenko as the Queen of the Wilis who added her own faultless arabesque and a rock steady balance. And a mention also for the lovely Sabina Yapparova who, together with Anton Ploom, delivered the Act 1 peasant pas de deux with crisp, clean technique and great charm. 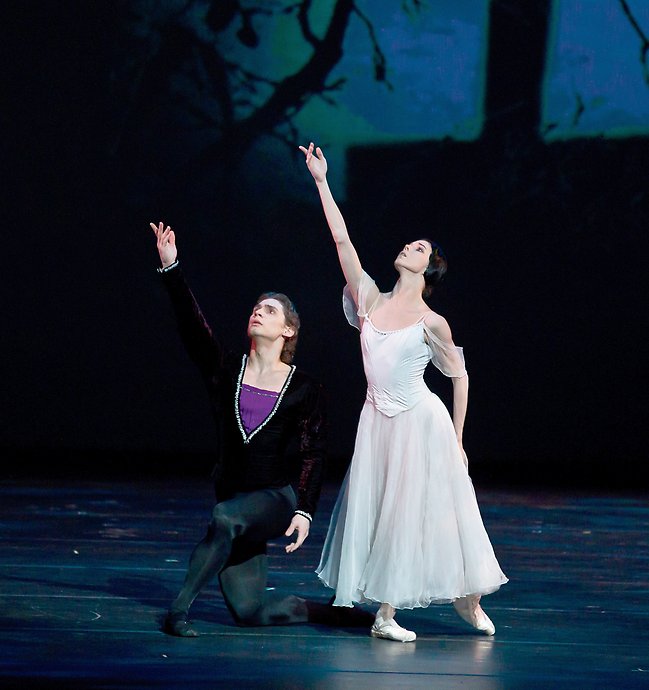 London ballet audiences are notoriously conservative and when a Russian company comes to town they expect the classics. Predictably the two programmes of Duato’s own choreography fared less well at the box office. Multiplicity: Forms of Silence and Emptiness is contemporary in movement and design (a brilliant scaffolding set by Jaffar Chalabi) but located in the 18th century.

Marat Shemiunov who portrays Bach is a consistent and forceful presence; he ‘conducts’ the ensemble and conjures sweet music from the body of his muse, Yapparova. She is one who fully adapts to Duato’s style finding clarity in the positions and fluidity in the movements.

It was also a treat to see Leonid Sarafanov back in London. He was outstanding in this work which has a great deal to offer the men, particularly in the darker second half. In the opening men’s section reminiscent of Castrati, Sarafanov is singled out in a passionate and angry solo. The work is well balanced between soloists and ensemble, light and dark and while the company did not always fully engage with the stylistic challenges it was a worthwhile work to revisit. 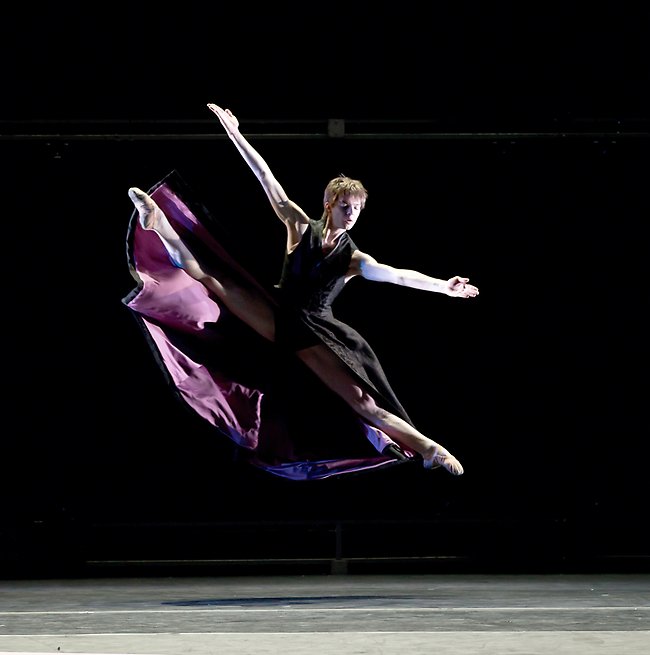 The triple bill opened on Without Words. Written for the American Ballet Theatre in 1998 it is an abstract work for eight dancers and set to Schubert’s music.

There were interesting moments and positions in the duets and lively solos but it lacks the fire that distinguishes the best of Duato’s works.

The dancers seemed to lack commitment: the feet and legs that showed such polish and precision in the classical ballets now seemed slack and even woolly.

Nunc Dimittis*) opens in a lighting state of high drama and the music of Arvo Pärt adds a religious sensitivity.

Written for the company in 2011 it was created for the tall, elegant Borchenko who sets her mark on the work with her high definition limbs and feet.

The female ensemble brings a flash of colour to the stage in vivid red velvet costumes as Duato structures the couples to surround and single out Borchenko who brings it to a sublime close as, draped in a loop of cloth, she is suspended above the stage.

Prelude to Beethoven’s music was also written for this company. It has some of the best moments in the programme, particularly the neo-classical pointe duets where the choreography is lean, mean and has bite. Sarafanov again bagged himself an interesting role as an outsider figure in a work that was theatrical in a non-narrative way.

The corps seemed more at home in their long ballet skirts, although they wear soft shoes, and the bits of scenery moving in and out bring their own interest. Next year Duarto takes on the role of Artistic Director of the Staatsballett Berlin although he will continue to choreograph for the Mikhailovsky – an interesting move

*) The Nunc dimittis (also Song of Simeon or Canticle of Simeon) is a canticle from a text in the second chapter of Luke named after its first words in Latin, meaning 'Now you dismiss...'.
Simeon was a devout Jew who, according to the book of Luke, had been promised by the Holy Ghost that he would not die until he had seen the Saviour. WhenMary and Joseph brought the baby Jesus to the Temple in Jerusalem for the ceremony of consecration of the firstborn son Simeon was there, and he took Jesus into his arms and uttered these words. (Wikipedia).