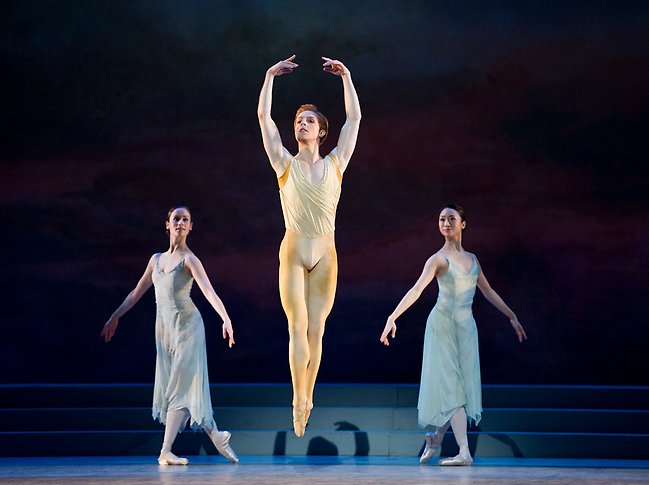 LONDON: A well balanced programme introduced the first premiere of 2014 at the Royal Opera House. Wayne McGregor's Tetractys: The Art of Fugue, presented in the company of works from the Royal's greatest choreographers, Frederick Ashton and Kenneth MacMillan. 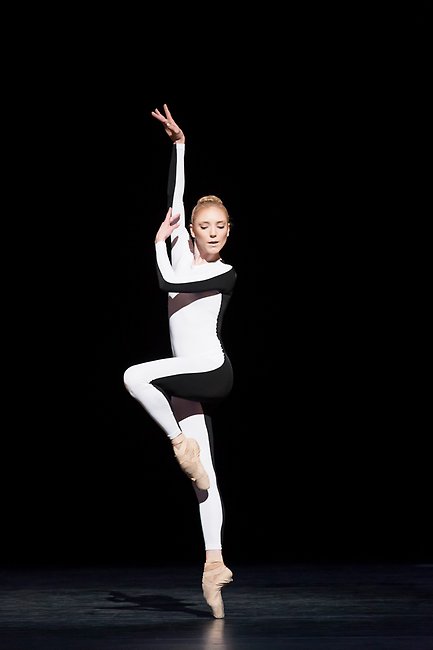 The subtitle: The Art of Fugue, raises expectations that are not fulfilled in the mosaic of short pieces which tinker round the edges but don't cohere into a meaningful work, a factor which becomes painfully visible coming directly after Ashton’s masterpiece.

McGregor’s immersion into the mechanics of movement generates a myopic vision circling ever inward and despite the brilliance of the cast – a good slice of the best of the Royal – the choreography is less than memorable.

The fractured nature of the work is reflected in the designs of neon lighting in bright primary colours by Taube Auerbach. There are instances when a striking stage picture is created – in fact, quite a few in the black and white trios - but more often the elements seem intent on going their own way. These trios, fleet and fluid, featured Sarah Lamb, Steven McRae and Paul Kay and brought a welcome sense of involvement.

Lauren Cuthbertson is a dancer whose cool detached style always complements McGregor’s work but two of the RB’s loveliest, Marianela Nuñez and Natalia Osipova, had few opportunities to display more than their hyper flexibility and little of their true artistry. In the final moments Kay in an enigmatic solo seemed about to create some cohesion, at which point, the lights fade.

Laura Morera, Spanish born and English trained has become, over her years with the company, an embodiment of the Ashton technique. In Frederick Ashton’s Rhapsody, where the virtuoso male is foregrounded, she provides the perfect foil in her yielding body, defined epaulement and delicate precise footwork. Steven McRae, in the role created for Mikhail Baryshnikov, outdoes the creator executing batterie of laser brilliance, jumps of explosive velocity and a dash of contemporary nonchalance.

In a role where every entrance presents a raft of fiendishly difficult hurdles, he saved the best for last in a final burst of chaines which drew a slow release gasp of sheer disbelief from the audience who, well used to his technical virtuosity, could not believe the superhuman speed he achieved. 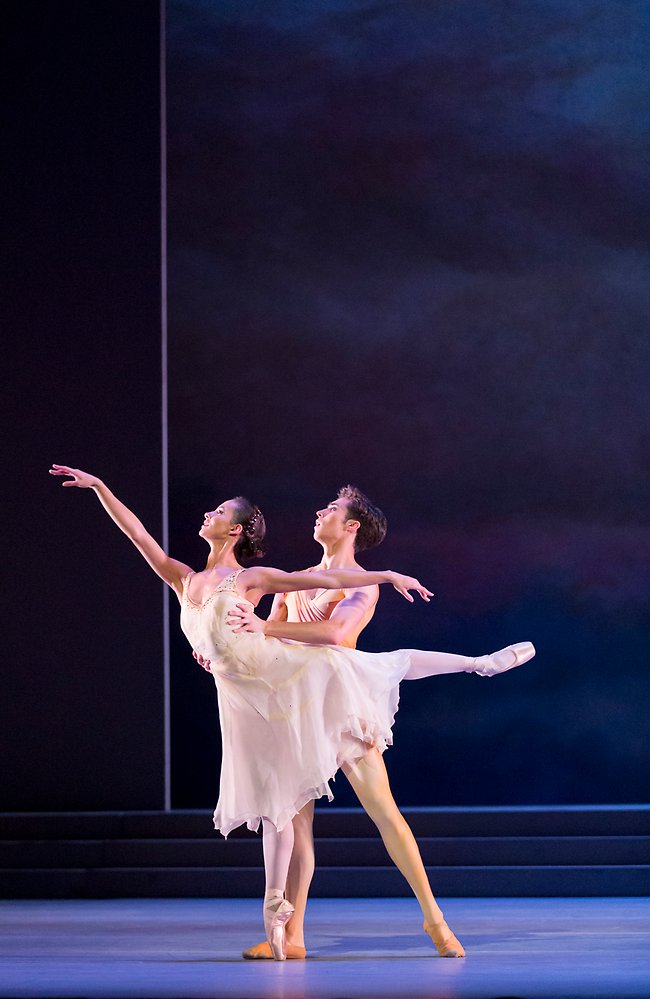 Francisca Hayward and James Hay, two young dancers on a rapidly upward trajectory, made their debuts in Rhapsody at the following matinee. Hay has done good work in secondary roles for several years while Hayward, who won British Young Dancer of the Year in 2010 with a glorious Giselle, has had less exposure but is most definitely one to watch.

Hay, an elegant, finely proportioned dancer with a blissfully buoyant jump managed to look almost at ease despite the constant technical challenges. Hayward complemented with unforced warmth in her radiant smile and when needed she too could muster all the speed and virtuosity the role demanded in her quicksilver feet. The prolonged applause and cheers at the curtain calls showed the young partnership already has an enthusiastic fan base.

Marcelino Sambé, a recent graduate from the Royal Ballet School, is also hard not to notice. In a set of six excellent male dancers, he radiates joy in every step, his huge jumps landing in the softest of plies. 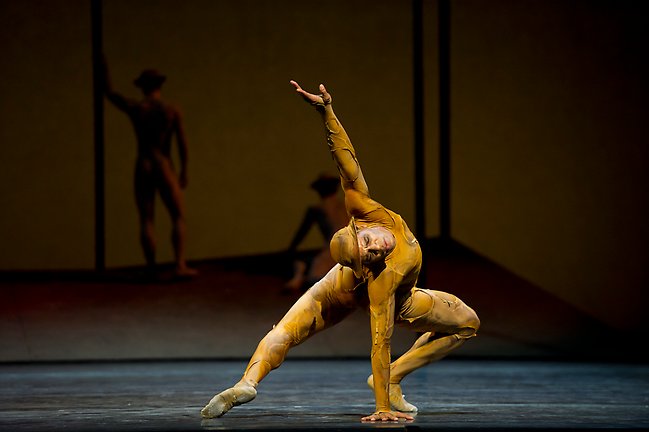 The matinee saw Melissa Hamilton's debut in the female lead in Gloria. The purity of her technique is a given but it is the interior depth she brings to each role that defines her performance. She excels in MacMillan's choreography and Gloria was no exception. Joined by Ryoichi Hirano in the pas de deux and Edward Watson in the solo role, they made an exceptional cast.

Meagan Grace Hingis, together with Valeri Hristov, Kenta Kura and Johannes Stepanek, was a revelation. In the brighter allegro sections she lightened the solemnity, contrasting the mood while retaining the gravitas; not an easy task for a young dancer.

It is good to see this ballet back in the repertoire with the anniversary of World War One approaching. Francis Poulenc’s spiritual music, MacMillan’s choreography and Andy Klunder’s inspired designs, earth shades and helmets for the men and the women in grey sepulchral wisps, bring the horrors of war to the ballet stage in a work that does not fade. 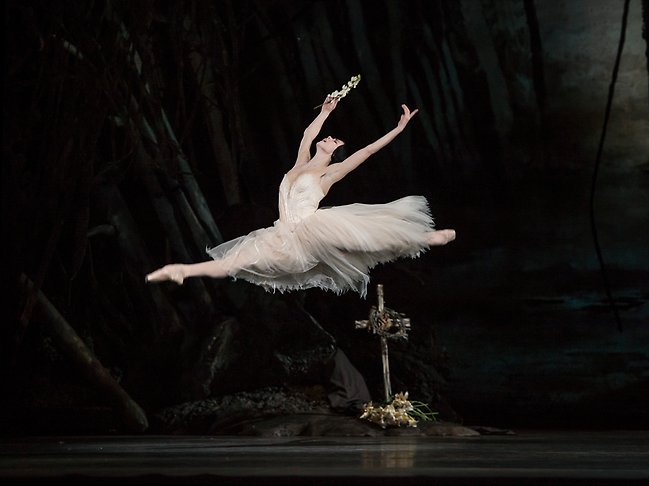 Natalia Osipova, who was not well served in Tetractys had her triumph the week beforewhen she danced Giselle on the Opera House stage in a performance transmitted live round the globe. The same day, at the National Dance Awards, she had won ‘Best Female Dancer’ for her Giselle with the Mikhailovsky Ballet and now in Peter Wright’s production accompanied by Carlos Acosta she again proved herself possibly the greatest Giselle of her generation.

Osipova brings two special gifts to the role; her ability to become the character and her phenomenal jump that makes her the airborne spirit of Gauthier’s fantasy. Thomas Whitehead played Hilarion with earthy peasant charm. Giselle would have been his but for the charisma of Carlos Acosta who, inspired by Osipova, was dancing like a dream.

These filmed ballets are a terrific way of bringing the magic of the opera house direct to screens all over the world. It was impressive too how well the close-ups worked; bringing out the subtleties of the drama Whoever thought up this idea should get a medal and long may they continue.