HeadSpaceDance Company in If Play is Play. Photo Urban Jörén

‘We have a wonderful creative and supportive team.’

LONDON: HeadSpaceDance are just into their second year but they have already marked out their own distinctive space. They make dance for people who go to the theatre to be inspired, moved, have a laugh and maybe feel a lump in the throat.

When directors Charlotte Broom and Christopher Akrill left Cullberg Ballet in 2005 to return to London, Charlotte to give more time to her personal life and Christopher to have a stab at musical theatre, they had no plans to start a company, so how did it all happen?

Coming back to London they found themselves working together on projects with Cathy Marston and also Will Tuckett at the Linbury Theatre. They were getting good reviews and making the right contacts when Deborah Bull, Creative Director of the Opera House, asked if they had an idea for a programme.

‘We weren’t even thinking of becoming a company, it was just us getting together a group of great choreographers and sharing our experience. At our first meeting we had nothing written down, not even a company name, we just had this idea.’

The couple left Cullberg Ballet in 2005 to return to London. Photo Urban Jörén

They chatted to me during a break in rehearsals, both so much of the same mind that a sentence started by Charlotte would be finished by Christopher or the other way around. ‘We have been friends for such a long time. All we had to plan was when we were meeting up for coffee and now, all of a sudden we’re business partners, Charlie is better at this and I do more of that and there are some things we share. It kind of happened automatically. We managed to scramble through the first season and we found out a lot of things. This time round it is easier and we also have 20 something years of theatre experience behind us!’

For their second programme they chose pieces for their theatricality. In Charlotte’s words, ‘work that’s got real humanity to it’. They were delighted when Johan Inger offered his duet Two. Luca Silvestrini had written a piece for their previous programme and the idea of a continuing the link while adding new challenges appealed.

Then theatre director Matthew Dunster who had seen the company said he’d like to work with them, and they grabbed the chance.

They also choose their dancers with care. Clemmie Sveaas has worked with them many times before as had Jonathan Goddard.

When Charlotte decided not to dance in the programme they needed another female and chose Gemma Nixon who had worked a lot with Jonathan. The relationships are important. ‘We have a wonderful creative and supportive team.’ 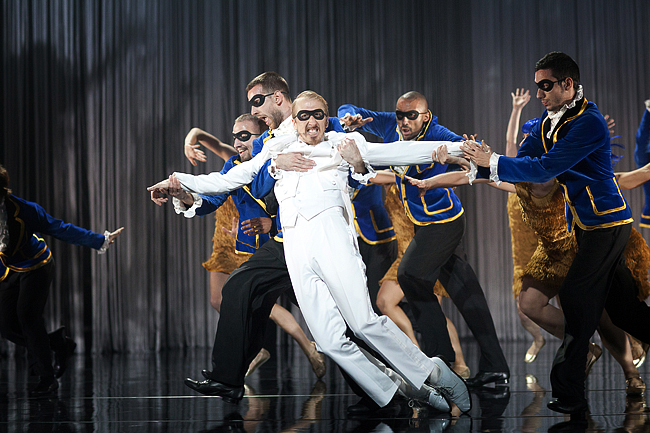 In the years they were dancing with Cullberg, I vividly remember Charlotte in a work of blackest comedy, Dödsbo, directed by theatre director Linus Tunström. I asked her if it was a similar process working with Matthew Dunster.

‘Well this piece has more movement and less theatricality. We started off with a technique that actors use and it helped us find the movement. He wrote a script for a duet and we spoke it to each other. Then we did something called ‘actioning’ - with each sentence you find an action that describes that sentence. If I were to say ‘I despise you’ I’d action it with a slap. So at the end of it we had a lot of actions and we started to make movement on all of those actions. We also played some psychological games.’

‘That was quite revealing’ added Christopher, ‘you find emotions deep down rather than just saying the word.  When you view things from another perspective it is amazing how much ‘food’ comes up, we had so much material and the ideas were just flowing.’

Matthew confessed that he has never felt more exhausted during the creative process than doing this piece. Directing a play, the script anchors everything and the director can always refer back to it, but you choreograph to a certain point in a dance piece and the rest is still empty space.

Much of the material came from the dancers and although Charlotte and Chris haven’t choreographed a piece yet, they admitted they were starting to get a feel for it. However there were no doubts when I asked who had been their greatest choreographic influence – ‘Mats Ek. Definitely.’

I asked about their years at Cullberg. ‘The best! You know you will never have that again, we can’t go back, but we will never forget our time in the company. It really made us who we are as artists, as dancers, as people. It really moulded us.’

The years at Cullberg was "The best! You know you will never have that again". Photo Urban Jörén

Christopher auditioned for Cullberg in 1995, ‘And I didn’t get past half the barre!’ After a year in Malmö, two in Hanover, he joined the company in Dusseldorf where Mats Ek was staging his Carmen. ‘To cut a long story short, Mats went back to Sweden, then I got a call to come and audition.

I did the audition and got the job. The dream took a bit of a reroute but in 1998 I joined.’ His favourite role was the Prince in Swan Lake. ‘Getting into that character … then when you have to let go of a role like that after doing it for years it’s like letting go of a part of yourself.’

For Charlotte it was Aurora in Ek’s Törnrosa. ‘I absolutely loved doing it, it felt like a present. Originally Mats was looking for a new Odette. Two of us learnt all the solos. It was quite full on, being in the company, but still having to audition. 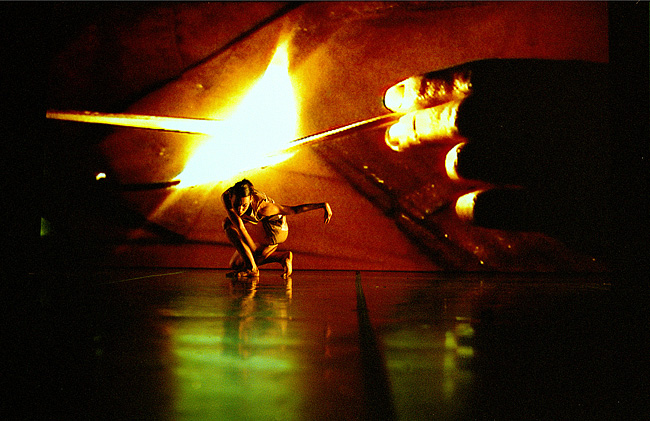 Then at the end they said ‘we don’t think you’re an Odette – but we do think you’re an Aurora.’ And that was the one I wanted to do anyway! I loved doing it. The music and the characters … it was amazing.’

Had they had expected coming back to London to be tough? Christopher had taken leave of absence: ‘I thought if there  wasn’t anything for me here, I’d go back to Sweden, get my pension, buy a little summer house and settle there for the rest of my life but that wasn’t meant to be. We were expecting it to be a ‘no’, so it’s fantastic.’ 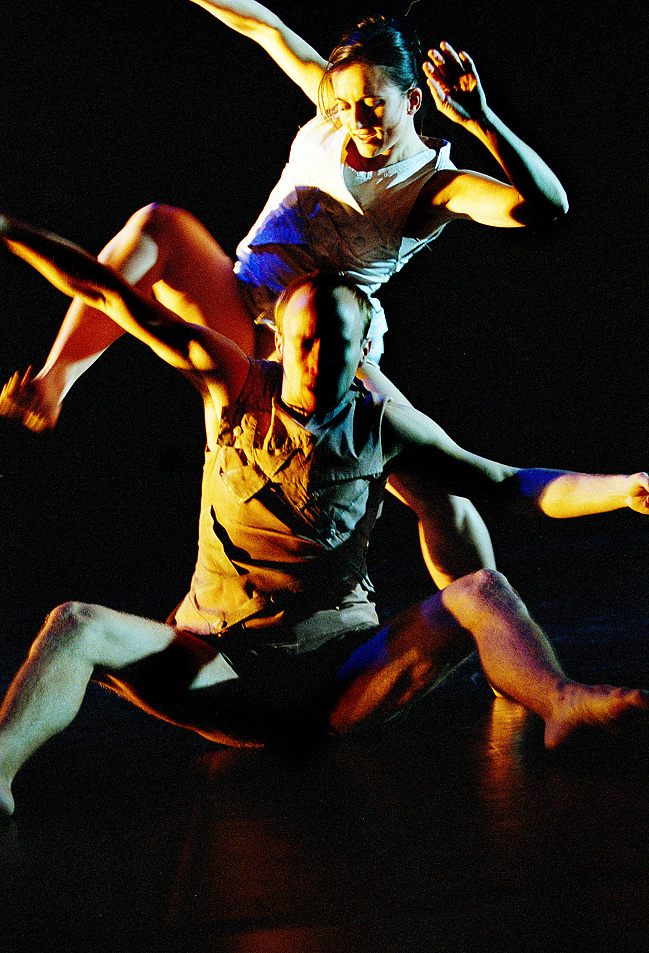 Christopher also had a stint in West End musicals. He joined the cast of Cabaret where he got the chance to play the MC. ‘Character kind of stuff is my thing. It was a big change after so many years in an institution to come back to being a freelancer when you are 40 something! We’re not 25 with all that energy. And we were so spoilt in Sweden – two months summer holidays and a month at Christmas, and if you didn’t get a month you’d be moaning!’

What is the best thing about having your own company?

‘It just feels so creative, you are surrounded by creativity and it is all happening because of us working together. It feels so complete and it’s so exciting. I love the responsibility. As a dancer with a big company you just come in and do your job and now we’re setting the direction. Here we’re in control of everything.’

And the future? ‘We continue with HeadSpaceDance, make another programme. Eventually we would both step down as dancers and just be director/ producers’.

Charlotte didn’t dance in this second programme. ‘It’s useful that I’m able to take rehearsals and to have an outside eye’. Christopher added ‘I’m also thinking it might be quite nice to move into directing.’ So no more sore muscles? ‘Absolutely’.