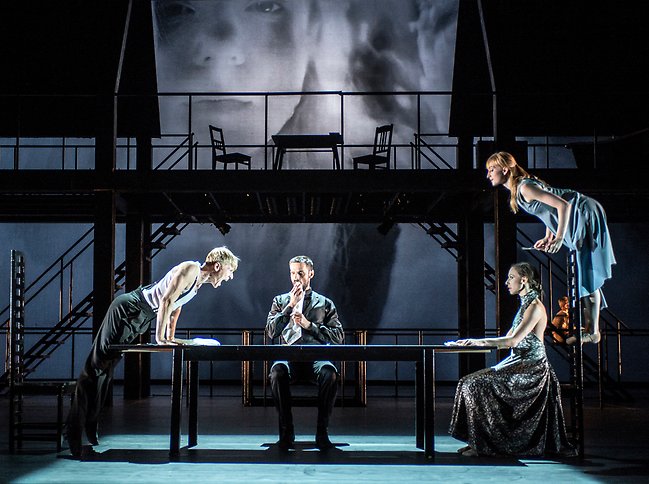 Ghosts That Dance in Oslo

OSLO: While most of the Norwegian National Ballet were off to Paris to perform a Jiří Kylián triple bill at the Théâtre des Champs Elysées, an elite group of dancers / actors staged a remarkable version of Ibsen’s Ghosts (Gengangere) at the Opera House in Oslo. But it was not without its own personal drama. 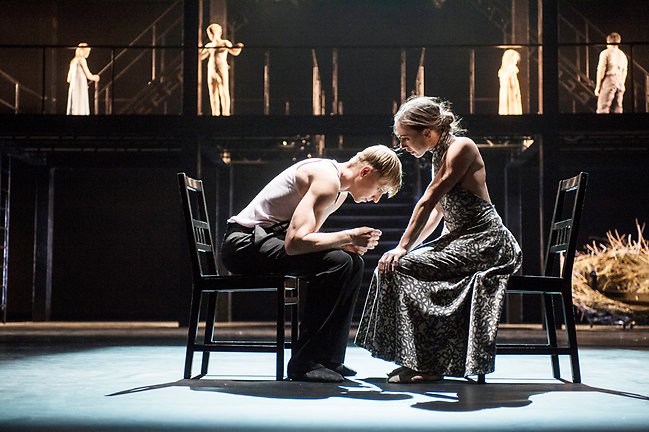 Only days before the premiere, lead dancer Kristian Alm decided, after a gruelling day’s rehearsals, to take his dinghy out for a quick sail. He explained to me how essential it was for him to recharge his batteries if he was to find the emotion he needed to give on stage. Disaster struck when his boat was rammed by a much larger vessel, very nearly severing his leg.

Alm had been rehearsing the role of Pastor Manders but the company was fortunate in having another quality dramatic dancer in Ole Willy Falkhaugen who was able to step into the breach and save the day. A very disappointed Alm attended the premiere on crutches but the good news is that he hopes to back on stage in the spring.

Ghosts has all the features of a successful collaboration. Weeks of improvisation under direction of company dancer and choreographer, Cina Espejord, and the acclaimed theatre director, Marit Moum Aune, have resulted in a vivid illumination of Ibsen’s text.

In the words of Marit, it is dangerous to be a child in Ibsen’s world (‘Der er farlig å være barn hos Ibsen’) and a recurring image is that of the painfully vulnerable children, played with great integrity by Selma Smith Kvalvaag (the young Regina) and Mikkel Skretting (the young Osvald). The narrative is given clarity by presenting the main characters in both younger and older guise. 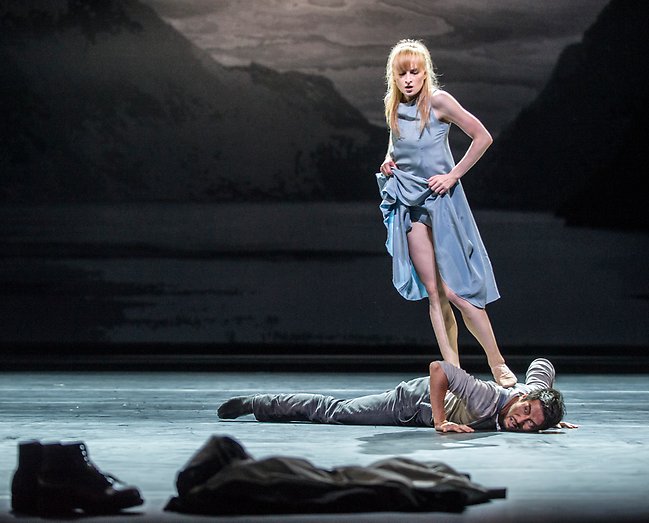 Andreas Heise as Osvald adds a further dimension by donning an aging face mask to also play Captain Alving. This is a dream role for the German dancer who said the process had been a joy from the first rehearsal. His performance revealed an intimate reading of the character capturing the essence of a deeply troubled man.

His anger at the cruel hand that fate has dealt him is expressed in violent outburst of furious dance. By contrast, in the flirtatious scenes with Regina, their renewed affection bubbles into light-hearted play but always overshadowed by the knowledge of premature death.

Regina, Grete Sofie Borund Nybakken, although cheated of her birthright, appears to be the only healthy and functional being. A young dancer of phenomenal presence she radiates life, so when she finally leaves the Alving house, death seems inevitable.

The central figure of Mrs Alving, her life bounded by lies and deception, is given an award winning performance by Camilla Spidsøe. Her tautly stretched limbs express the extreme anguish of her emotions, while in repose, she remains totally immersed in the role. Falkhaugen’s Pastor is a fascinating character: a combination of weak morals and authoritarian conformity. 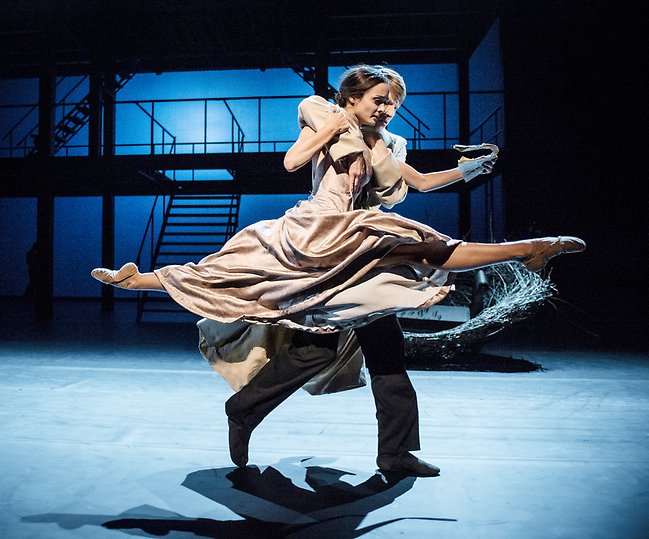 Their tangled relationship is told in choreographic language that is as eloquent as speech though possibly reflecting a degree of passion more hinted at than revealed in Ibsen’s respectable woman. Natasha Jones and Mark Wax, as their younger selves are correspondingly less complicated and offer two fine dancing roles which they take full advantage of.

While videos show views of gloomy fjords or monochrome waves, the simple and effective set is entirely domestic with the furniture becoming part of the choreography. Kvalvaag, the child Regina, already locked into the role of servant, drags on the table and chairs which become part of a strange and wonderful duet danced with her stepfather, the bluff uncompromising builder, played by Yoshifumi Inao. Like much of the rest of the ballet it is full of adventurous invention that seems to find a distinct voice for each character.

The work had a perfect partner in Nils Petter Molvær’s sound score. He himself is the onstage trumpeter playing a solitary musical line in the opening and closing moments, evoking the sorrow and loneliness. The work is structured on many levels, both physical and metaphysical, with recurrent intrusions from the past haunting the present.

The final scene as mother and son cling together in despair was played at full throttle and makes a profoundly moving completion to the evening.