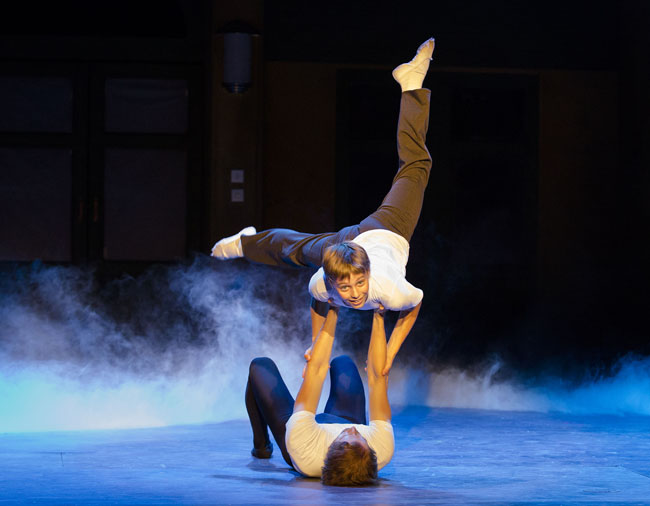 HELSINKI: “I have been dancing hip hop and street dance for seven years and that lead me into dance”, says Lassi Hirvonen, aged 12. He is one of the three boys to perform as Billy in the Finnish version of the musical Billy Elliot, staged by the City Theatre of Helsinki.

It is early afternoon at the theatre's office, in a building that previously was a bread factory. Several actors in the culture field have their premises here, dance schools and others. 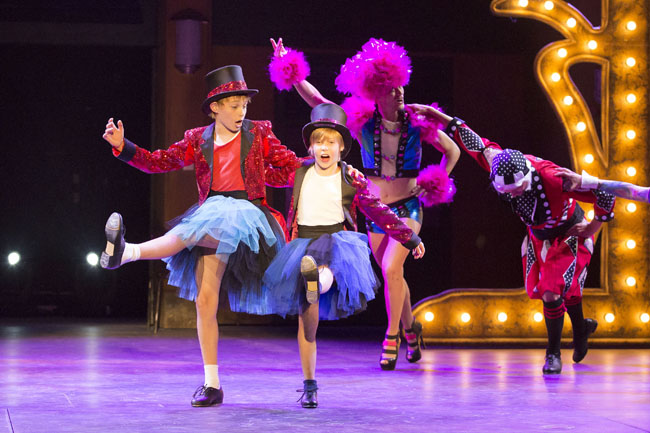 Lassi Hirvonen and Luka Haikonen in Expressing Yourself. Photo HKT

The same evening there will be the First Night for Billy Elliot at the Peacock Theatre situated in the middle of an amusement park called Linnanmäki (in Finnish) and Borgbacken (in Swedish).

Despite the coming first performance with all the connoisseurs in the audience, we have a very calm looking young actor sitting with us to be interviewed by Dansportalen.

Lassi has already had one rehearsal with an audience so he knows what it is all about. But to play, sing and dance the title role in Billy Elliot is his first official appearance in a public show. He tells us that he has seen a broadcast of the production from the Victoria theatre in London in the cinema and that he really liked it. 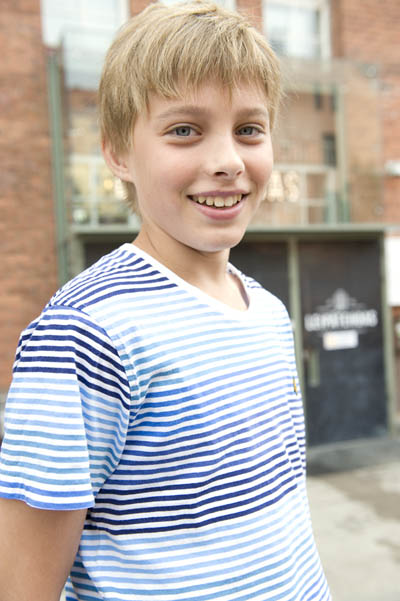 How did you feel when you heard that you had been selected to do the leading role in the musical Billy Elliot?

"I felt overwhelmed, could not believe it!"

You are doing several different things in the show like singing, dancing, tap dancing, acrobatics, gymnastics – and acting. How long was the rehearsal period, and how did you prepare for everything?

"We started very early, but at the audition there were some 13 boys, singing and performing."

"I sang Electricity (a number from Billy Elliot)."

The discussion on dancing continues.

Who selected you and all the other boys?

"I had the feeling that somebody already knew where to find suitable boys to do the role. Somebody came to 'Step Up' which is the dance school where I've been dancing for seven years now."

Lassi's dance teacher Pasi Mäkelä told him and another boy to apply for the role.

"All this was in the autumn of 2014. I cannot remember exactly when, because the rehearsing period has taken a long time."

Lassi names classical ballet. Ballet is 'the Thing' in this musical as we know – it means a great possibility for a boy from the working class to achieve something else in his life than to be a miner and unemployed as the men in the village where they live.

"I very much would like to continue with dance."

When asked further he answers that he could even think of the performing arts as a profession. 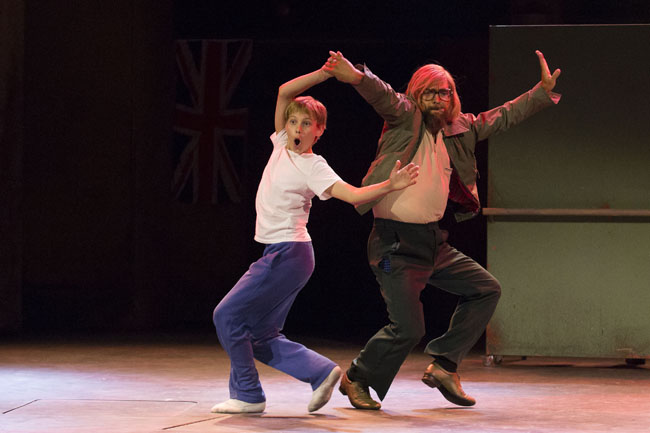 In your production here, how do you deal with the dialect in the musical, as in the original version uses a typical Northern England dialect?

Lassi does not know so much about this kind of things, how people talk in dialects, so Kaisa Pelkonen, the Communication Manager comes to his aid and tells us that most of the bad words were kept in the play, there's quite a lot swearing. "Otherwise the language is pretty much the everyday language we speak in Finland, there isn't any specific dialect" she adds.

Why do you think that this show is so popular in the whole Europe, it has been played in London for more than ten years?

"I think that it is because of all the dancing, singing and of course the story about a dream."

In this play, Billy's brother Michael does not approve of Billy's desire to dance. He thinks that it is difficult to earn one's living by dancing. The conflict of these thoughts grows very open between the boys and results in the 'Angry Dance'.
- Is this your favorite part? 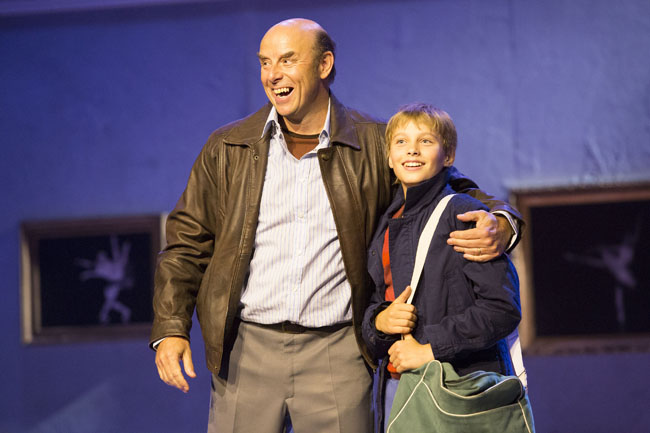 Was that the hardest, the most difficult part to learn?

"The hardest part was the singing, and also the ballet part, I had not danced ballet before."

"Fatima Witick started with us, teaching ballet, and  now I like ballet very much!"

Anita says: Knowing Fatimas skills I would like to ask if she was the one who made you so interested in dancing ballet now?

"Yessh!! She was an amusing and fine teacher. I now would like to enter the ballet school of the National Opera." 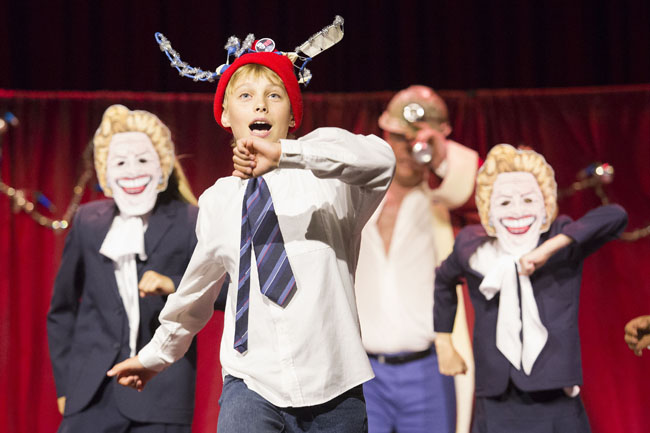 Have you seen ballet performances at the Opera, ballet artists dancing?

We talk more about ballet performances. When Lassi is going to get more leisure time – until now he has been very busy with learning all the things needed in the play and with rehearsing – he would like to see some full length ballets.

Tonight is your opening night, are you going to do something special before it, perhaps something that you think brings good luck?

"I am going to take a nap. I do not believe in any special tricks before performance." 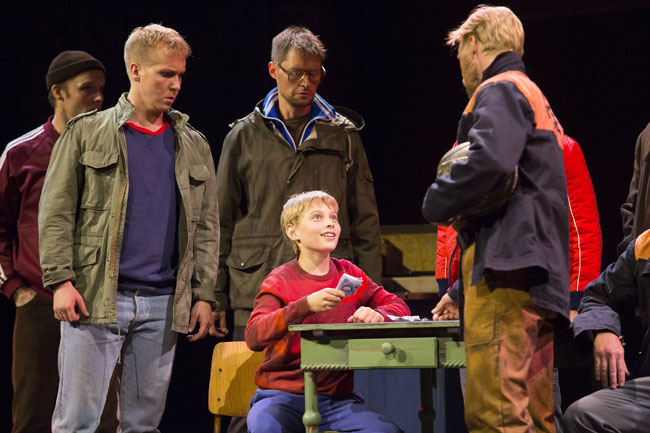 "Can I keep the money", a line in the show. Note they use Pound on the stage! Photo HKT

How did you feel afterwards, yesterday when there was a public at the general rehearsal?

Toi toi, says all of us and wishes Lassi and all the others a very nice time with the many performances of this famous musical.

* "Se oli SIKAHIENOA" means literally "It was a great Swine", and this expression is commonly used by the young people in Finland and means for them "It is SUPER"!

But Amos and Henrik are also doing Billy! 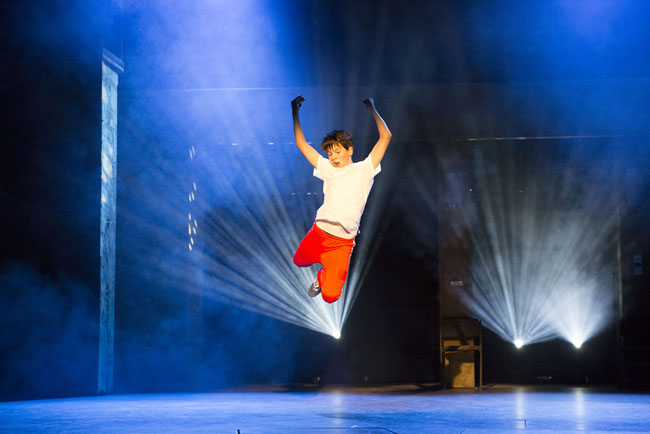 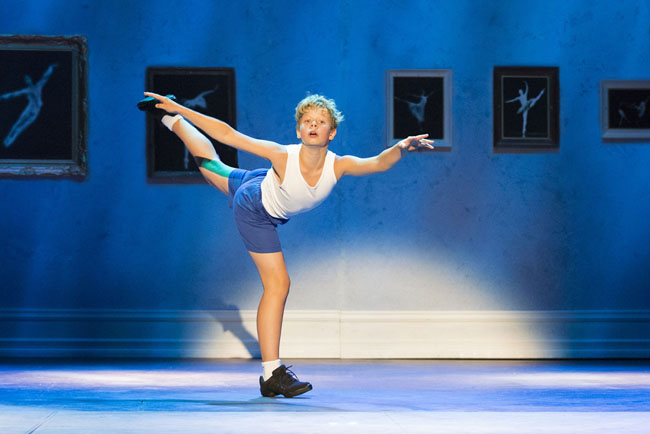