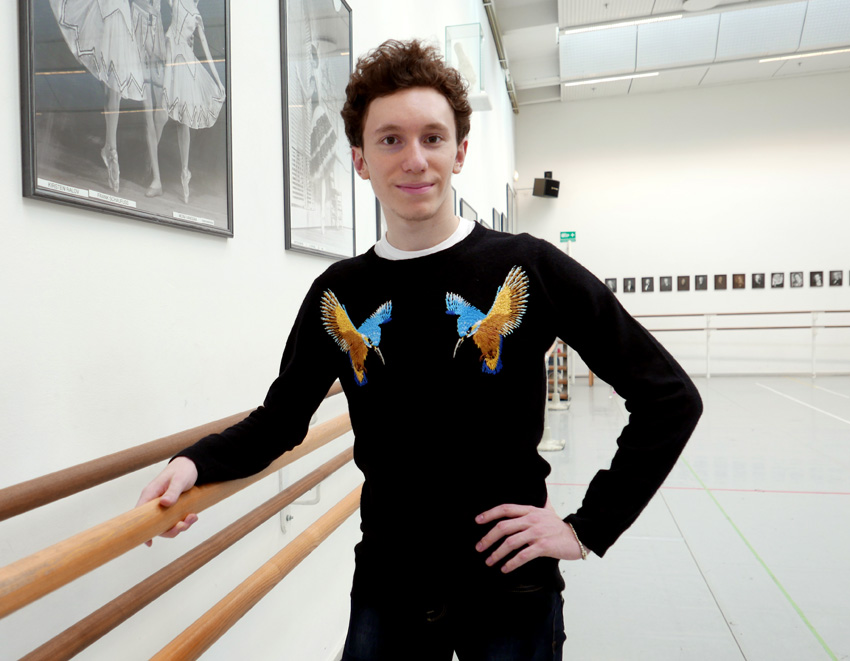 Mattia Santini in the studio at the Royal Danish Ballet in Copenhagen. Photo Cristian Hillbom

The Adventures Of A Young Dancer

COPENHAGEN: I had never taken a Bournonville class before I came to Copenhagen. I was not sure I would be accepted here because of the Bournonville technique, as it is so unique.

I have done some Vaganova and Balanchine technique but I have not danced any Bournonville ballets, says Mattia Santini, 19 years, to Dansportalen. He is a new dancer with the Royal Danish Ballet in Copenhagen.

We are inside The Royal Danish Opera house and in a room next to a ballet studio, from where we now and then hear callings to attend rehearsal at the main stage.

This is Mattias first time here in Copenhagen so just now he is concentrated on learning the Bournonville technique and get into the community of the Danish ballet world.

Is this a challenge for you that you never have danced Bournonville before?

Yes it was but now I am enjoying it very much but it takes time to learn to dance in another way. But we are doing classical dance in many performances so we keep up the classical standard as well, besides the Bournonville repetoire.

Who is Mattia Santini?

I am from Milano. The first time I was going to a ballet class I was four years old. But I was so embarrassed to be in the class where there were only girls. Because of that I postponed to start training until I was nine years, in a small private school ­– I was still the only boy. When I was eleven I decided to attend an audition for the La Scala ballet school. They have around 200 students, and you start from nine years up to 18 years.

Do you have any siblings?

I have two brothers, one is my twin brother and he is the only one who is in arts. He plays cello and piano and will soon go to the Conservatoire in Florence for his education. My other brother is a white-collar worker.

When you were only 14 years old you wanted to go to a ballet school in the US. What did your parents say about that idea?

I didn’t tell them! My plan was only to take a summer intensive course in San Francisco, and they accepted that because it was only a short course. But at the end of the course I applied for the San Francisco Ballet School. The director of the school accepted my application to start there from the autumn. So when I came home to Milano I had with me the letter I got from the school. The term was supposed to start immediately so they had no chance to say "no" to me or my new school. I could stay in the schools dorm with 28 other students from all over the world.

Why did you decide to go to San Francisco for you education, and not finish it in Italy?

I felt I didn’t want to stay in Italy at that time. I knew I would be more open and free if I moved to another country. I know SF is far away from my home but it was a very good choice for me. When I look back I did the right step, and I wouldn’t be the dancer I am today if I haven’t moved.

Wasn't a rather big step for a 14-year-old boy to move over to an another continent for a school, when some parents don’t even let their kids of the same age go home from school by themselves? And how was your English?

I spoke French from the beginning but slowly I learned English, even if the American accent sometimes is hard for a beginner. I was there for three years but when I was 17 I moved to New York to work with The American Ballet Studio Company. I did this because I wanted a change again and to learn something new. The Studio Company is a small group of just juniors and younger dancers. We did both new pieces of choreographers as well as classical ballets. 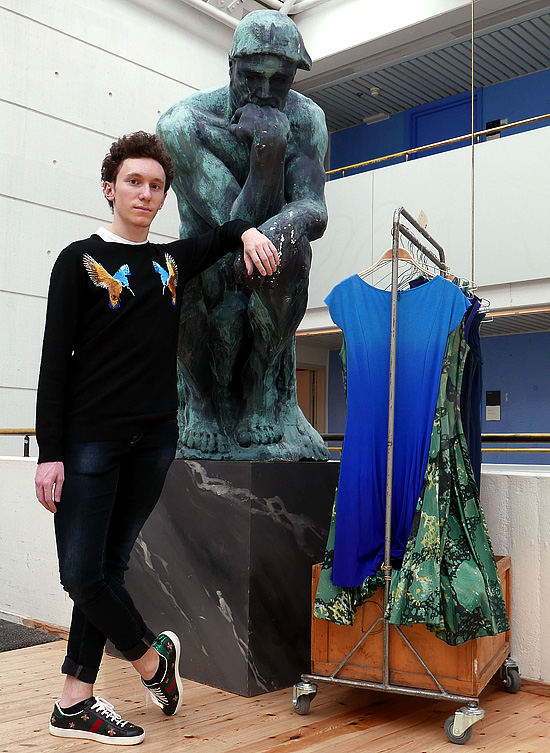 Mattia next to "The Thinker" by Auguste Rodin. Photo Cristian Hillbom

You came from a caring society at the school in San Francisco right into a hot melting pot like New York, how was that?

From the beginning it didn’t feel good, I had a comfortable time in SF and I knew all the people – going to NY was hard. I started from scratch and I didn’t know anyone there. It took me three-four months before I got used to the atmosphere and had learnt the schedule and the studios etc.

I am still impressed by how you move from metropol to metropol, how did you manage the normal life like finding a place to stay etc?

It was hard in the beginning, I have friends all over the world now, but I can't rely on them – I have to take responsibility of myself.

Did you communicate with your parents before you went to New York?

Yes I did, but they did not like the idea of me living in NY, even if they visited me during the summer intensive course. I told them I wanted to move to NY so they didn’t complain at all.

Why did you move to Europe and Copenhagen?

I can go to NY later if I want, but I am still young and can change. If you are older and have been with a company for a while its harder to do an audition and move to a new company. Now I have the chance to move and see if I like it.

Why did you choose Copenhagen?

I really like Copenhagen; I have followed The Royal Danish Ballet on YouTube and on Instagram and I really liked the atmosphere. There is a nice working situation. Even if I never had danced the Bournonville style I thought it was going to be nice to learn this style of dance. 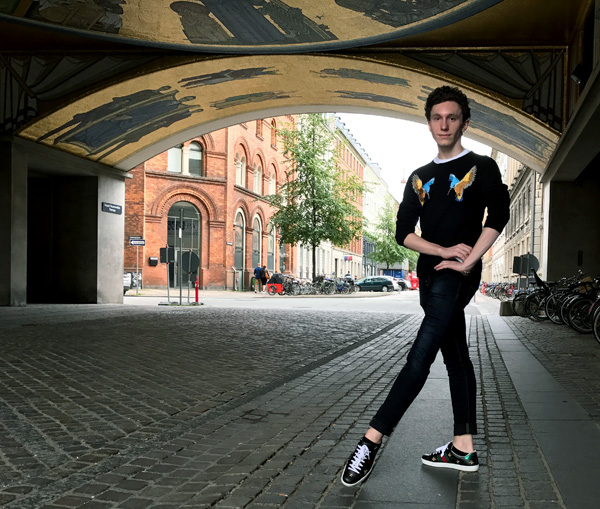 You are very active on social medias and especially on Instagram, it was there we found you! You even have two accounts one as a dancer and one as Mattia.

Yes, I wanted to show friends and other people interested in a dancers life a little bit more than usual. Some dancers keep their lives private. And maybe they don’t want to be commented by others on social media. I take in even negative comments and try to do better. But I think it is not always good to be serious on social media, that’s why I also add some funny moments. I even post if I have had a fall, because that is what dancers do all the time.

Do you have any dream role?

It is Albrecht in Giselle, but I still have a long way to go! I love the story and I want to be part of that story.