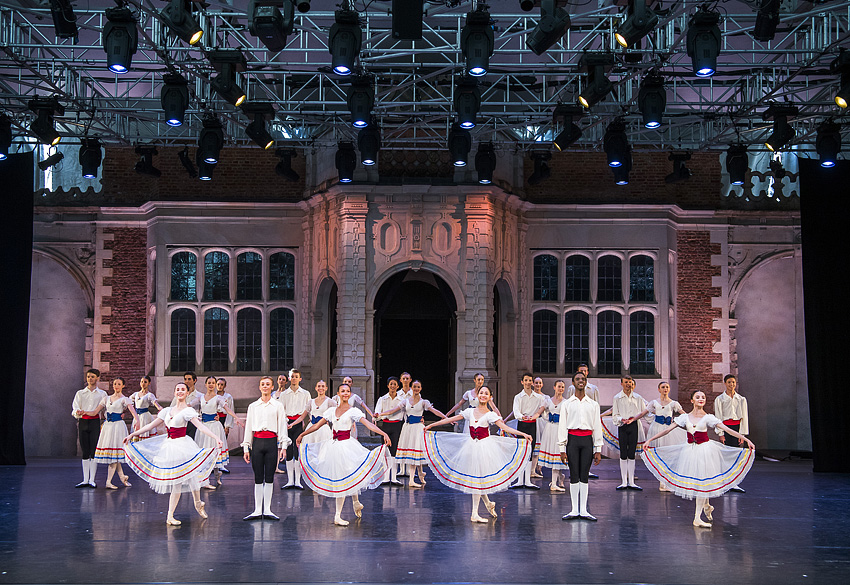 The Royal Ballet School have an excellent record in graduate employment

LONDON: Holland Park Theatre in South West London is not a regular venue for ballet. It backs onto the remains of Blitz-damaged Holland House and has a semi-enclosed tented auditorium but on this warm summer evening in late June it was magic and the young dancers, mainly senior Royal Ballet School students, were pretty wonderful too.

Ashley Page’s Larina Waltz, classical in style and inspired by Tchaikovsky’s infectious music was perfectly pitched as the opening number. The movement was light, free and fluid and the dancers breezed through it in ¾ time, delighted to display their talents to a very appreciative audience of predominantly proud parents. 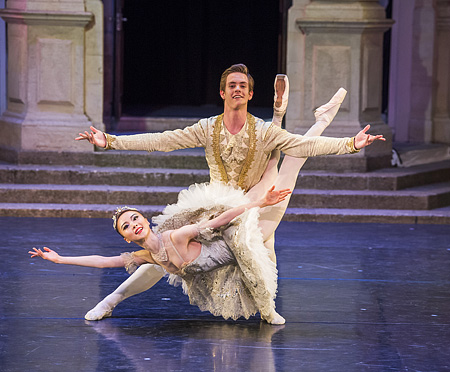 Aurora’s Wedding was the centre piece. This version, a neat combination of extracts from the Prologue and Act 3 of The Sleeping Beauty, offers so many dance opportunities, including the fairy variations.

The Grand Pas, danced by Yu Hang and Harrison Lee, who both have Royal Ballet contracts lined up, was given a performance of professional standard. Hang’s footwork and placing were textbook perfect and her musical accents beautifully phrased. Lee partnered with confidence then attacked his solo with crisp double tours and a laser sharp manège.

I am sure we will be seeing more of these two very talented dancers. In this version the coda is taken by the dance of the Three Ivans, which is unfortunate for Aurora and her Prince, but great for the trio of exuberant young men.

Amelia Townsend and Taisuke Nakao, another pair with Royal Ballet contracts, gave a crisp and technically adept rendition of the famous Bluebird pas de deux. Nakao was a soaring Bluebird, his slight build disguising his strength and tenacity. He didn’t miss a beat or a tour and still finished smiling.

Lore Zonderman who joins the Dutch National Ballet next season was an authoritative Lilac Fairy using her height to good effect in the sweeping moves of the solo.

It was a clever idea to have two tinies from White Lodge, Katie Robertson and Leo Godfrey, to play Red Riding Hood and the Wolf, it seemed so right for this age group. 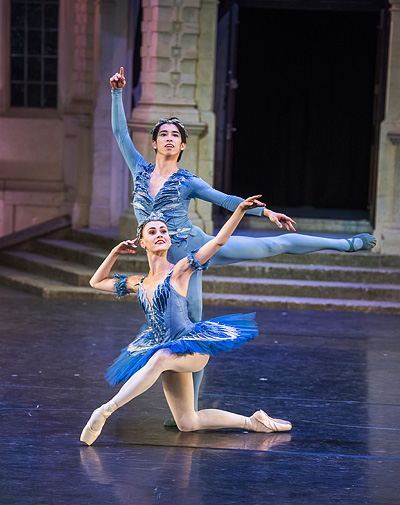 The ever-popular White Cat and Puss in Boots, Madison Bailey and Johnny Randall, milked every ounce of enjoyment from their backscratching duo. The ballet was beautifully dressed and neatly packaged within a stylish Polonaise and an exuberant Mazurka to bring the evening to a sparkling climax.

Showing excerpts from Nacho Duato’s Multiplicity was an inspired choice that worked a treat. The dancers absorbed the oddities of the choreography – exploiting the different movement qualities and characterisations.

The Crinolin duet danced by Taisuke Nakao and Gearoid Solan was a delight as was Chelo with Madison Bailey and Simon Regourd as Bach. In the central role Regourd was a vigorous presence conducting the proceedings with panache.

Self and Soul by Robert Binet was another highlight. Rebecca Blenkinsop and Harris Bell confidently working in a modern theme and getting under the skin of an intriguing and rather fractious relationship. It is encouraging to see graduating students equally comfortable in more contemporary works as they will be needingthese skills in their future careers. 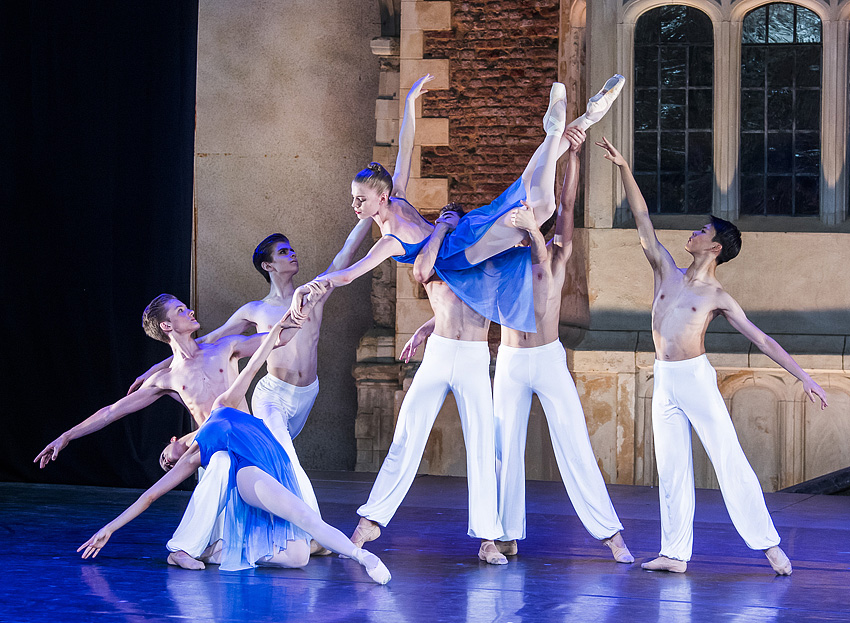 Napoli, usually a good choice for young dancers did not quite hit the spot. The students’ energy and enthusiasm was not enough to compensate for a performance that was a little short on that tricky combination of ease and brilliance needed in Bournonville’s ballets.

However, James Large contributed an excellent variation. He was also outstanding in Andrew McNicol’s Sea Interludes, a neo-classical work that eloquently expressed the shifting moods of Benjamin Britten’s music.

Large displayed a keen musical sensitivity and a compelling stage presence in the male trio and also in the central duet with a very graceful Marianne Tsembenhoi.

The Royal Ballet School have an excellent record in graduate employment and this year was no exception with a number going to both the parent company and also to Birmingham Royal Ballet.