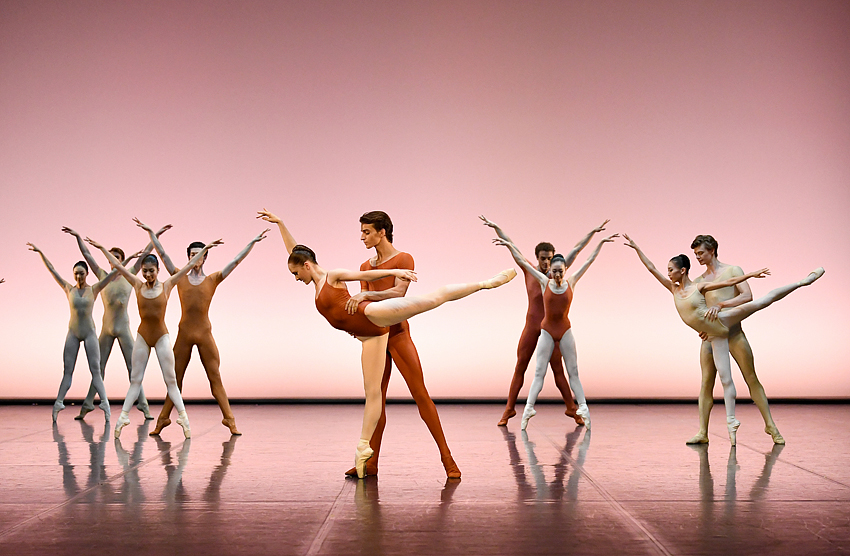 STUTTGART: There may have been none of John Cranko’s choreography on the programme for the gala by the school that bears his name, but it was an evening that certainly reflected Stuttgart Ballet’s mix of contemporary and classical dance.

Former John Cranko School student and Stuttgart Ballet dancer Uwe Scholz, sadly lost early to dance in 2004 when he died following a tragic illness, was always a most musical choreographer, and in Air!, created in 1982, he reproduces the structure of Bach’s Orchestral Suit No.3 in dance for six couples dressed in carefully matched costumes in vanilla, light chocolate and rust. 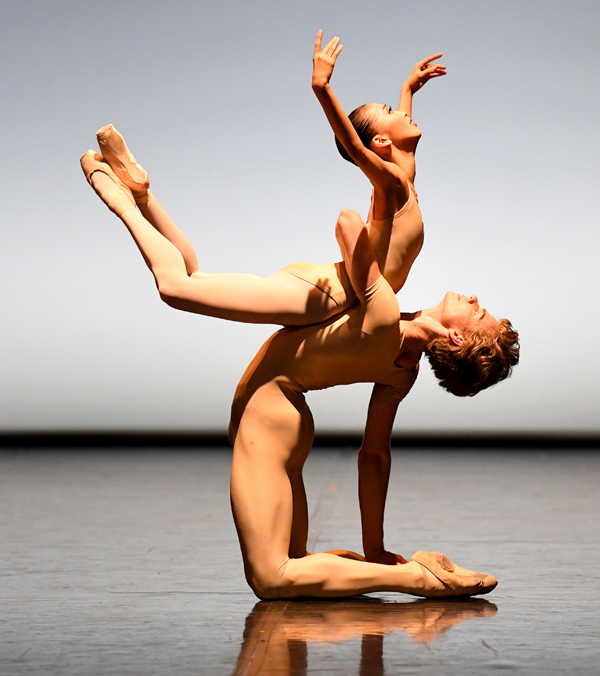 Sometimes it is a little too much, as in the complex second movement, when I seriously question whether two couples dancing around each other, only coming together occasionally, are really needed.

Both deserve watching, yet the presence of the other pair actually stops you giving either the full attention they deserve.

It’s all hugely enjoyable, though, as is the following movement, which opens with a sort of conversation in movement between the four men before they are joined by four women.

Things turn a little jokey as the former show off then stand cross legged, arms folded, while the women respond.

It was very noticeable how tall and strong the male students looked, and how excellent their partnering was, compared to their UK school counterparts. The influence of former teacher, Petr Pestov and his methods clearly lives on.

The dancers, drawn from the school’s top two years gave it all the energy and accuracy it needed. It was particularly taken by Nao Harada, who danced with a huge smile and who really seemed to be enjoying every moment. That sort of thing does transmit to the audience. Chiri Matsunaga also impressed.

Young Gabriel Figueredo, who impressed so much in last year’s gala and in the Stuttgart Ballet and Opera co-production of Death in Venice, having been laid low with a virus at the start of the week, meant we were denied Balanchine’s Glinka pas de trois.

But what a replacement Mr B’s Sylvia pas de deux turned out to be. It was the highlight of the evening. 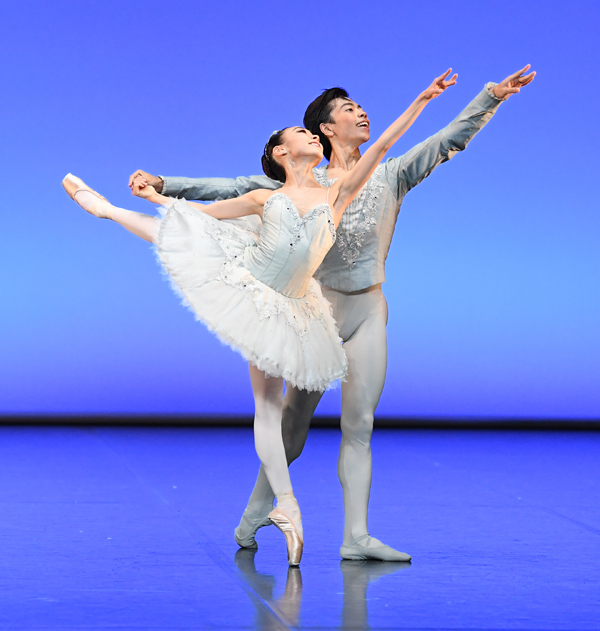 Early on, much of the pas de deux is about the woman with the man there to support and show her off.

Things turned contemporary, albeit with a classical root, and dark with Marco Goecke’s A Spell on You. All four dancers impressed in the choreographer’s tense, trembling, very fast, repeated movement, but especially Navrin Turnbull in the extended solo to Nina Simone’s ‘Who Knows Where The Time Goes’.

That’s an appropriate song, given it probably doesn’t feel like two minutes since they entered the school and now it’s graduation time. 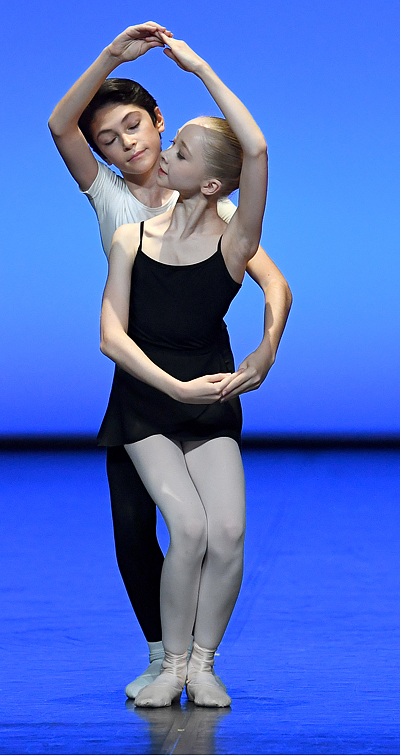 The darkness continued in Lamento Della Ninfa by Stephen Shropshire, a reinterpretation of Monteverdi’s love lament of a nymph.

Academy and B students Wiktoria Byczkowska, Henrik Erikson and Alexander Smith were always entwined as they continuously folded over, around and between each other.

Alrededor No Hay Nada (All around is nothing) by Goyo Montero is taken from the longer work, Benditos Malditos (Blessed Dammed), a ‘dance-poem’ based largely on El Día de la Creacións by Spanish poet Joaquin Sabina.

The dance follows the rhythms of the text but only occasionally references the words themselves, the title seeming to refer more to the semi-darkness that sandwiches the strips of light in which the five couples from across the upper years of the school perform with bowler hats.

The choreography is fascinating, increasingly physical with some unusual partnering. A lot of it is floor based. Harada and Kyota again stood out.

The gala rounded off with the whole school taking part in Etüden, effectively an extended demonstration of classwork, although much better choreographed than is usually the case.

It opens with the very youngest doing simple flexing and pointing the feet while sat on the floor, before gradually building and building as the older and older dancers emerge, culminating in some thrilling grand allegro from the men in particular.

Despite what are quite honestly rather antiquated studios and facilities, the John Cranko School and director Tadeusz Matacz are clearly doing a fine job. But things are about to get even better, for less than ten minutes’ walk from the Opera House, the school’s new premises is fast taking shape. They can look forward to moving into their new spacious studios and fully-equipped modern dormitories in just over a year’s time.

This article is published in co-operation with SeeingDance