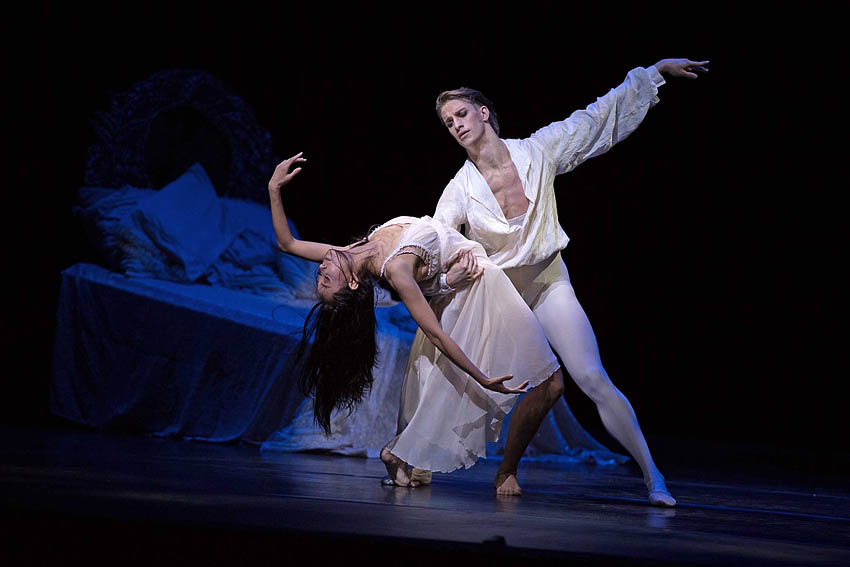 STOCKHOLM: The dancer Lucas Jerkander made a stopover in Stockholm on the way to his next engagement in Finland.

Dansportalen grabbed the chance to have an interview with Lucas, whose carreer so far has been spent outside his homeland Sweden. 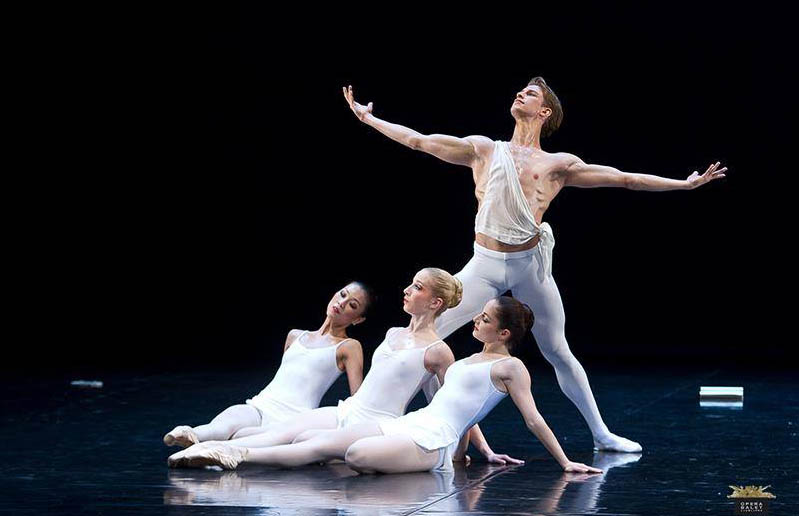 He is now programmed to dance the Prince in Sleeping Beauty in September in Helsinki!

He introduced himself with the following words:

My name is Lucas Michael Jerkander and I have been abroad for 11 years. I graduated at the Royal Swedish Ballet School in Stockholm and I have been a member of the Slovenian Ballet for eight years and then four years with the Hong Kong Ballet. Now I am joining the National Ballet of Finland.

Why are you leaving Hong Kong and going to Finland?

Well. I have been thinking a lot. I'm starting to get older – slowly – having passed 30 by now, and in Hong Kong they have no real pension system when you retire. It is a good place to be for a few years, everybody comes there for a time and then move on to a new place. I had an option to go to Finland and I thought it was an ideal time to come nearer to home. 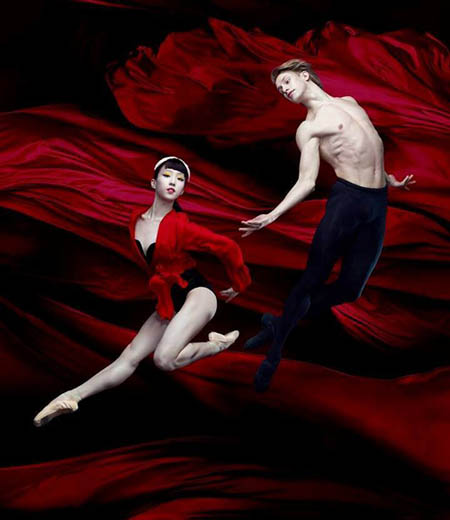 A poster for the Hong Kong Ballet. Photo HKB

The fact that your former director Madeleine Onne has taken over in Helsinki, has that been another reason for going there?

Not really. I sent my resume and some videos and got an offer. I do like Madeleine – she helped me a lot in Hong Kong and she presented a lot of good pieces that I really wanted to dance and I was lucky too do so.

What kind of repertory did you do there?

Well, we had some local choreographers – Chinese and Japanese – Ricky Hu and Yuh Egami, then we had Jiří Kylián, Christopher Wheeldon and Alexei Ratmansky. We did the van Danzig Romeo and Juliet and some of the repertory pieces from before I was there, like Coppelia and Swan Lake. A mixed repertory but really good names – that's why I think Madeleine is good at planning, presenting a lot of good productions that I like to dance. 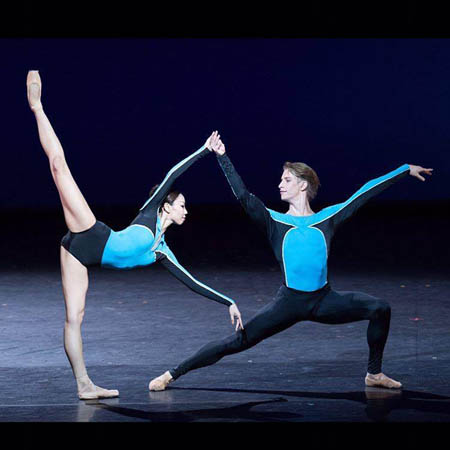 And what are you going to do in Helsinki?

We will start with The Sleeping Beauty and a French Soirée, plus Anna Karenina by Ratmanski and Sylvia by John Neumeier.

Do you prefer story ballets or more abstract dance pieces – classical or modern?

That depends on the pieces but I love good story ballets. I like to really develop a character and really feel involved. To have good music and an interesting choreographer who is really into it is very important.

But if you really have good music that inspire you and good choreography, absract ballets are also very rewarding to dance.

Have you made any choreographies yourself?

A few. I was in Korea and worked with some young kids who wanted to do a competition and I also did a piece for the Hong Kong Ballet in memory of my American friend Joe Bunn who died of leukemia – it was really emotional. 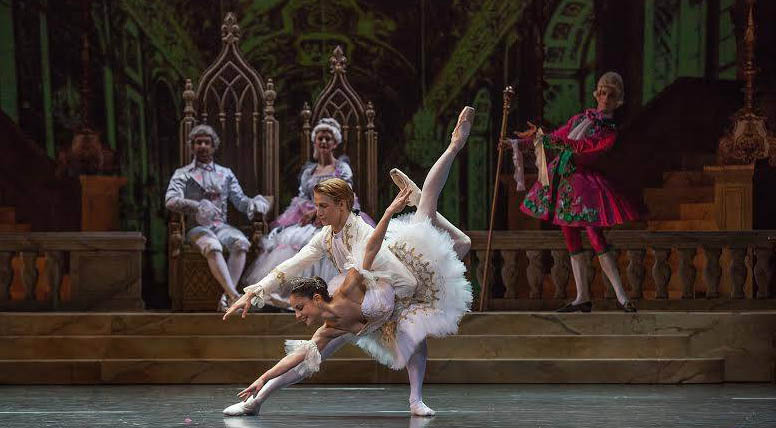 In Slovenia you had a more traditional classical repertory?

Well, apart from the traditional ballets we performed several pieces by Mukhamedov in Ljubljana and he is ”Mr Classical ballet”.

When you prepared a new production, how did you start the rehearsals?

Usually an assistant comes first to teach the steps before the choreographer/producer comes to take over the work. We could also have some tapes to watch as a preparation.

How was it to work in a company with mainly Asian dancers?

Asian dancers also vary a lot. We had Chinese dancers, Japanese dancers and Korean dancers, and they also differ from each other. When I first came there I also thought they were all ”Asians”, but I soon learned that there were differences.

Is it a plus or a minus in Hong Kong to be as tall as you are?

In Hong Kong it is a big plus! There are many short persons there, but it really is a plus to be tall. I am not so sure that they will see me as tall in Helsinki though! 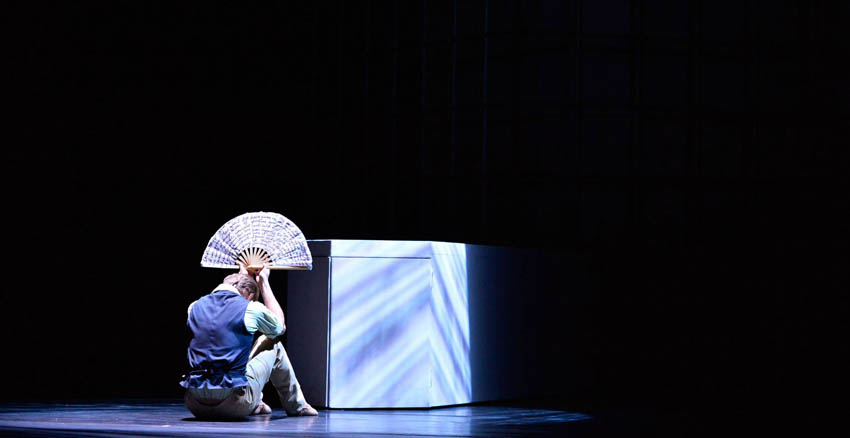 Did you consider other companies or just Helsinki?

Only Helsinki because Madeleine is there and I like Madeleine as a boss, she is very well organized. I liked Hong Kong but I also thought that maybe it was time to work closer to home.

Which were your favorite roles?

I like the classics like Sleeping Beauty and Don Quixote. But I did not dance these strictly classical roles for a long time. My favorite role was as Armand in the Lady of the Camellias choreographed by the American Val Caniparoli. He also produced this work in Finland.

I like character roles like that, where you dance a great pas de deux with lots of emotions and you build up a character: first you are young and naive, then you are heartbroken and then really mean at the end – throwing money in Marguerite's face!

Now I have a one year contract in Helsinki – as usual. I have never seen the company, so we will see if they like me and if I like them. I have only seen extracts with them on Youtube. I have heard they are a very nice company, like a family. 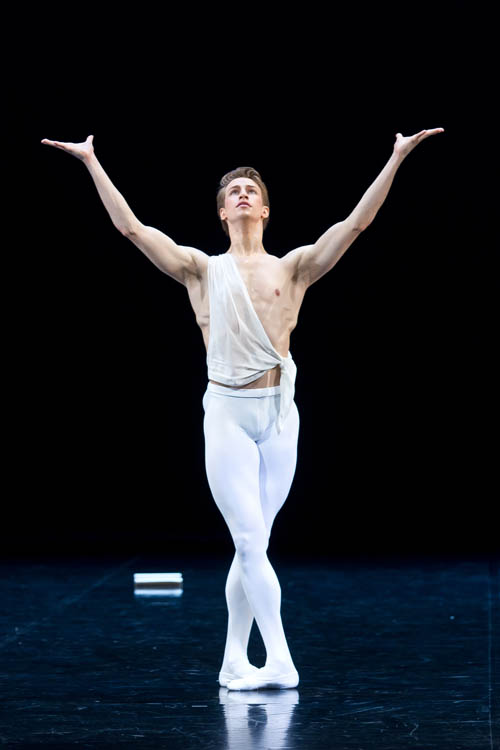 Why did you start to dance?

Oh, my mother could not afford a baby sitter, so she put me into the ballet school when I was two years. I had no idea what I was doing! When I was seven I did both hip hop and latin and ballroom dancing, and I was a finalist at the Swedish Championships when I was 15. I started training ballet at eleven, to improve my ballroom dancing.

I realized that ballet was an easier way to make a living as a dancer. So I moved to Stockholm and finished my education at the Royal Swedish Ballet School. I was in the finals of the competition in Mora – where Madeleine was a member of the jury.

I was then engaged at the Ljubljana Opera. After three years the director in Ljubljana was leaving and I wanted to move on.

I heard that Mukhamedov was coming and I thought it would be a great chance to work for him. That was the best thing I have done, because from him and his family I learned a lot and got many fine chances.

Frank Andersen and Dinna Bjørn came to Ljubljana and put up La Sylphide and I got the role of Gurn, which proved that I could be a useful on stage.

I also liked Mukhamedov's style of leadership. I got more roles, which helped me to improve. Everything I know is because of them!

I got to dance the leads in Sleeping Beauty and Romeo and Juliet, Balanchine's Apollo and Basilio in Don Quijote, which I never thought I would do.

When Mukhamedovs left the company I decided also to leave. I made auditions in Stockholm and Hong Kong. I had looked up to Madeleine already when I was in ballet school, so I wanted to work with her and took the chance to live in Asia for several years. That was a real adventure!

Now I am looking forward to dance in Helsinki!