Rigorously researched and lovingly reconstructed, it has a wealth of dancing in the first act and a second act of true Gothic horror. Skeaping understood period but never forgot that this was theatre.

The additional solos for the principals in act one are not virtuoso pieces. They bring the village to life, enhancing the characters and add poignancy to Giselle’s premature death.

Act 2 is alive with phantoms; seeming to fly in the mists and fleetingly glimpsed in shafts of light. The clammy chill of the Wilis draped in their shrouds is palpable as is the malevolence lurking in their cold beauty.

In Skeaping’s version, more than any other contemporary one, the village men are used to good effect, their physicality serving to enhance the otherworldly. It is both wonderfully real and richly Romantic. 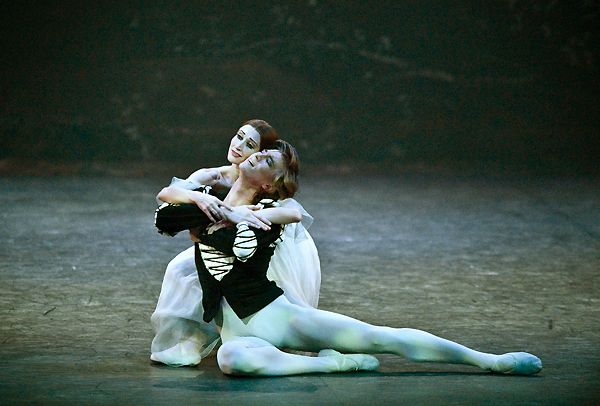 English National Ballet fielded a number of casts. Elena Glurdjidze’s Giselle, overflowing with love and seasoned with heartache is still etched on my mind while her glorious jump also served her well as Myrtha in other performances.

However, it was the exciting young Albrechts that stirred most interest. Vadim Muntagirov graduated from the Royal Ballet School last autumn where English National Ballet director, Wayne Eagling, saw him dance Albrecht at a school performance and immediately offered him a contract. Blessed with a natural elegance in manner and physique and a formidable technique, he made a memorable debut dancing with Daria Klimentová.

One of the top principals, Klimentová can still bring dewy-eyed freshness to the role as well as the confidence that comes with experience. 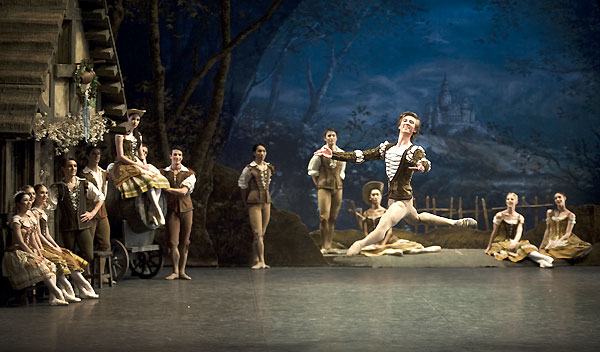 To celebrate this flush of male talent, Eagling has written a short ballet Men Y Men as a curtain raiser to Giselle. Choreographed for nine soloist quality men, it pays tribute to the lyricism of Rachmaninoff music, interspersed with flashes of virtuosity.

Top principals in a traditional repertory

After a very traditional Christmas season, the Royal Ballet revived MacMillan’s Romeo and Juliet in January. The Royal may not have the most exciting repertoire but they have a wealth of top international principals to choose from. As the young lovers Tamara Rojo and Carlos Acosta still create magic and gave an evening to remember.

Other pairings include Marienela Nunez, who turns everything she touches to pure gold, dancing with Thiago Soares, and favourites Alina Cojocaru and Johan Kobborg. The Sleeping Beauty in another lavish production came back into the repertoire for a few performances.

The new triple bill that opened at the end of February saw a revival of Wayne McGregor’s Infra, which won this year’s National Dance Award for best classical choreograph, and Kim Brandstrup’s Rushes – Fragments of a Lost Story. 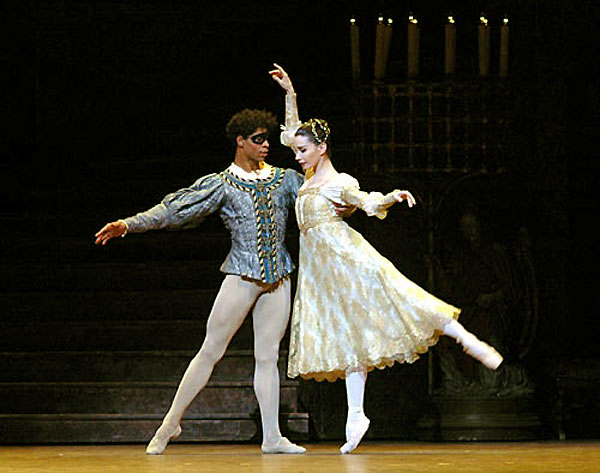 The third ballet, As One, is the creation of Royal Ballet dancer, Jonathan Watkins. As a student he showed considerable choreographic promise but probably isn’t yet ready for the main stage.
Infra is modern in all aspects making use of high tech, as in the wide screen where intriguing electronic figure traverse endlessly, as well as contemporary advances in ballet technique.
McGregor’s extreme dance style is eagerly grasped by the dancers; notably new principals Melissa Hamilton and Eric Underwood, who work so seamlessly together.

Brandstrup has a distinctly cinematic feel to it, mature, multi-layered and never overtly theatrical it nevertheless drew strong performances from the love triangle of Carlos Acosta, Laura Morera and Alina Cojocaru. 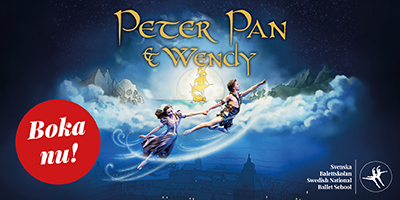