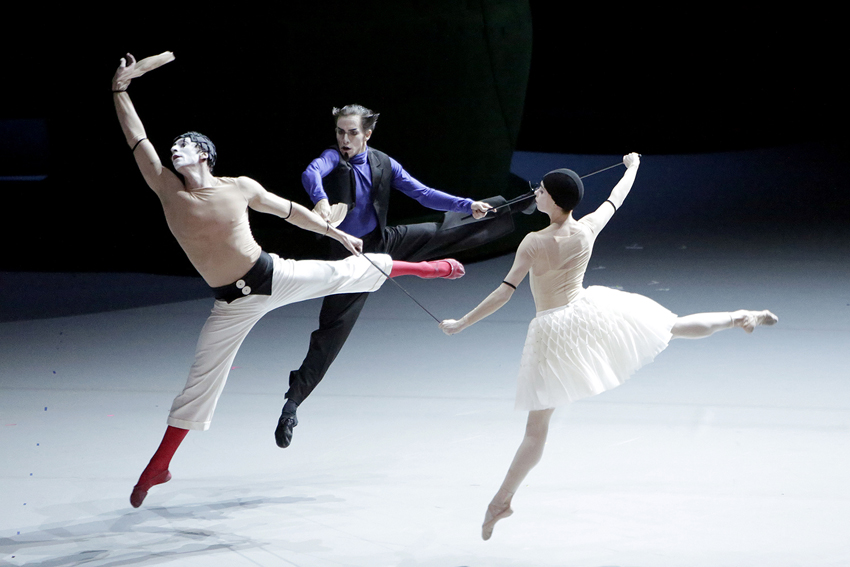 MOSCOW: A brand new version of the Ballet Russes Petrushka, opened recently at the Bolshoi ballet in Moscow in May 19. This opening evening was broadcast to cinema theaters worldwide.

I would like to point out that, broadcasting of live ballets and operas are excellent opportunities to take part and experience great performances. Imagine, for the cost of a cinema theater ticket, you are transferred to the big scenes, you can listen to comments from the creators and be guided about the performance. You can also enjoy the best view, including close-ups. 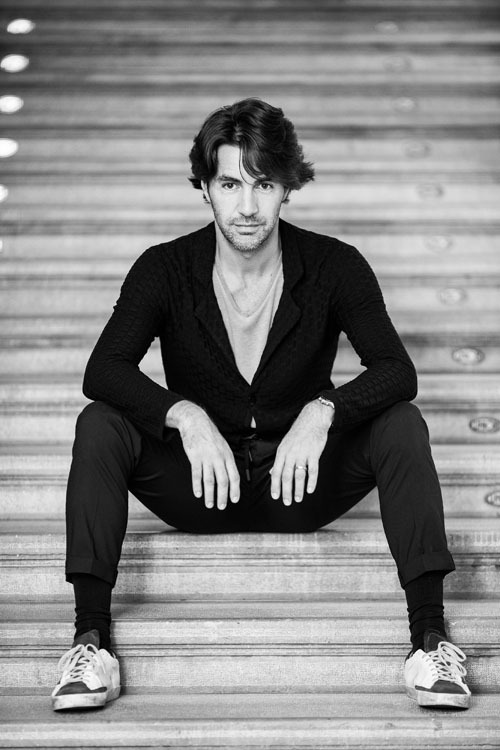 Edward Clug was born in Romania 1973. He shows an extensive and successful career in Europe and throughout the world since entering the dance world. His dancing career started as a soloist in The Slovene National Theater.

In 1996 he choreographed his first ballet Babylon, followed by Tango, his first full evening ballet. In 2003 Edward Clug was appointed director of the same company in Maribor, Slovenia. The company visited famous festivals all over the world.

The choreographic creativity continued with numerous works around Europe. Among them with the Stuttgart ballet in 2009, and Zürich ballet in 2013. In 2015 he made a successful production at the Netherlands dance theater, Mutual comfort. This ballet was reviewed in March 2018.

Edward Clug has been nominated and received a number of prestigious awards, for example the Benoit Award, for the Handman, made for Netherlands theater 2 in 2017.

We are now going to talk to Mr. Clug, about this performance in particular, and a few other things. I wonder what inspired him to make a new of his own version of Petrushka?
I have a long connection or “addiction”, if you wish, to Stravinsky’s music. This is the third project I create on his music after the Rite of Spring in 2012 for Maribor Ballet and later Zurich ballet and Les Noces in 2013 for the Royal Ballet of Flanders, explains mr. Clug. When I was invited to create a new piece for Bolshoi Ballet, I was happy that they accepted my proposition to do Petrushka! 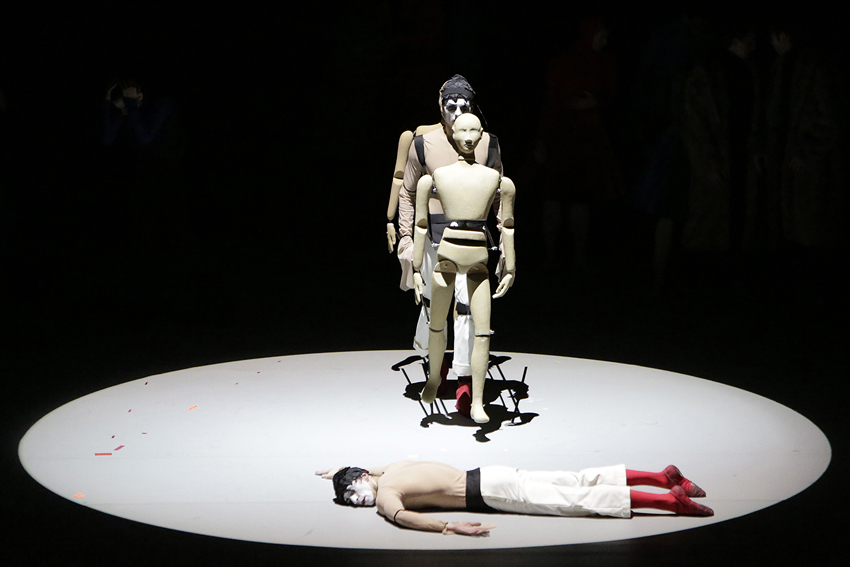 A scene from the performance. Denis Savin in the title part. Photo Damir Yusupov Bolshoi Theatre

According to Mr. Clug, Ballet Russe represents the milestone in the development of the modern ballet in the 20th century. What is your relation to the Ballet Russe?
Visionary as Diaghilev and his artists like Nijinsky and Fokin were the pioneers of avant-garde in dance. Nijinsky’s The Rite of Spring is undoubtedly a masterpiece of cult proportions of the 20th century. It does not just represent a turnabout within Stravinsky’s music poetics, but also in history of music.

Furthermore, the entire evolution of the 20th century dance performativity reflects in The Rite, starting with Nijinsky’s staged choreography and onwards, following in Béjart’s majestic aestheticism and Pina Bausch’s unique creativity and lust for life. The original Nijinsky’s production represents an initiation of my own choreography, in respect of its hermetic and ‘disturbing’ avant-gardist character at that time. 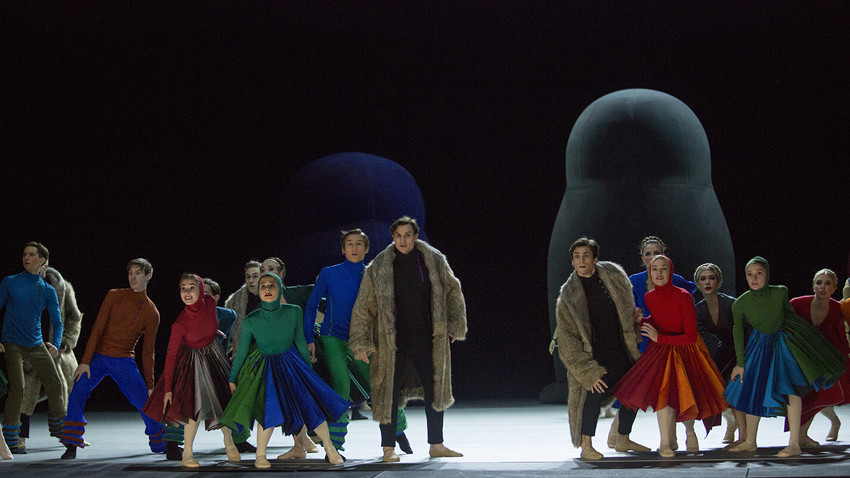 A scene from the performance. Photo Elena Fetisova Bolshoi Theatre

Petrushka is the figure who has some resemblance in his body language to the original choreography, but the doll and the moor are both really moving differently. The doll for instance in soft ballet shoes. Do you have any comment on that?
It is simply an esthetic decision to have the ballerina in soft shoes instead of pointe. 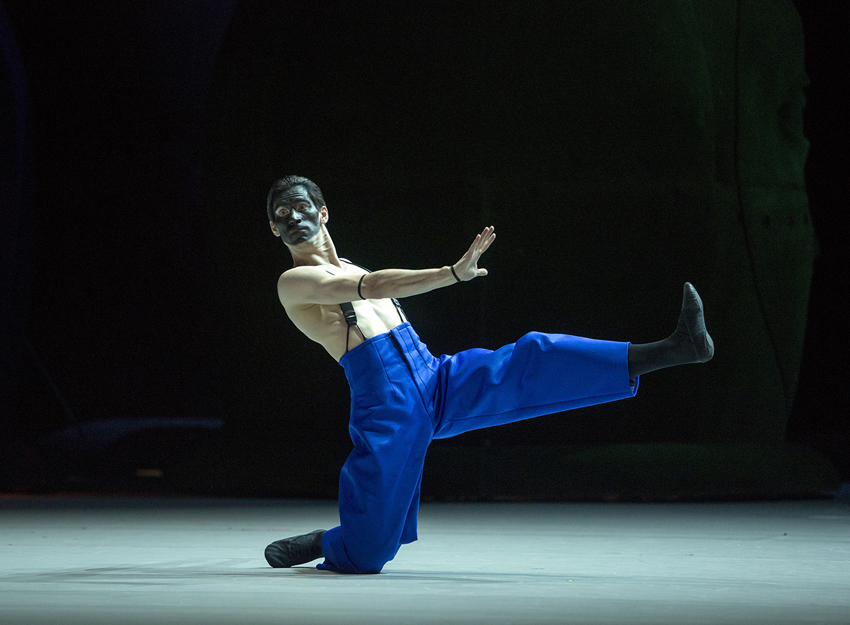 The Charlatan manipulates his dolls in an interesting manner, with sticks, how did you get this idea? Also, the robot-like dolls in the end raises questions?

The idea of dolls came from Mexico where I saw people on streets were dancing with two dolls attached, one in front and one in the back.

The dolls were moving in synchronicity with the person creating a magical dance. I used the same principle except instead of dolls I used dancers.

Therefor in the famous Russian dance where the Charlatan presents his dolls we see “three dolls” attached to two sticks. These sticks become later the Charlatans manipulating instruments and the dolls are struggling to free themselves from them.

Later in the show we also see wooden dolls carried by our three characters that are taking part in the final Masquerade scene. In the moment of Petrushjka’s death one of these dolls appears above him, like his own wooden soul that takes him away.

Most of–or almost–the choreography in Petrushka is new. Nevertheless, there is a scent of Russia and some folklore in group dances and in costumes! Did the music influence specially for these dances? Did you enjoy this?
All the elements involved: sets, costumes, choreography and not least the music, are carefully depicting elements arising from the Russian folklore and tradition.

It was probably the most challenging to merge them into a new work that could eventually bring the story of Petrushka back home. 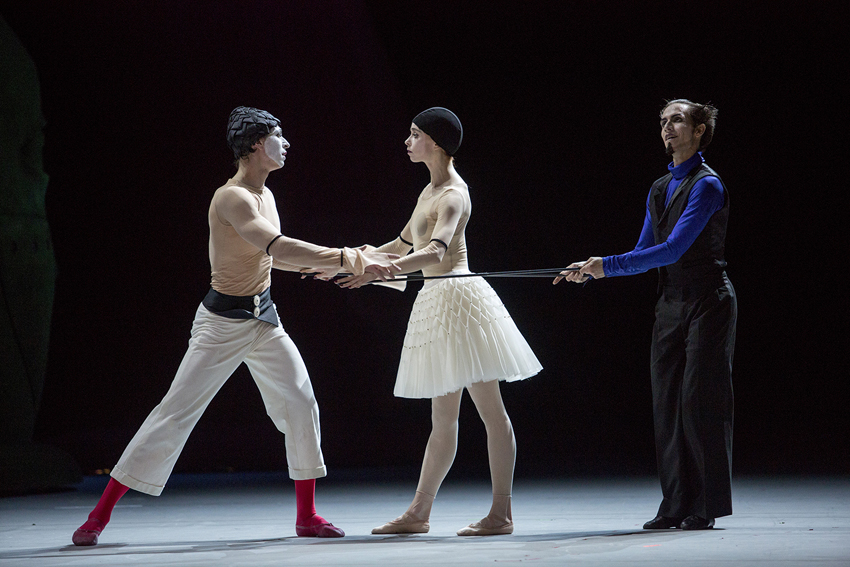 Petrushka was made under the tsar era, or at least at the ending of it. What do you think Petrushka as a piece can tell us–the audience of today?
We have to understand the difference between the fairytale of Petrushka, it is deep in the Russians people heart and the original Petrushka ballet that is more like “a la Russe”.

The ballet was born in Paris, faraway from turbulent Russia and depicts with nostalgia the happier times of this nation.

I understand of your repertory that you like Stravinskij, very understandable, his music is really intriguing. It is also very demanding. In his time, he was often questioned, although not nowadays. Is he a favorite of yours for any special reason?
Beside Stravinsky, I work on many different authors. Each of them becomes my “favorites” during the process of a new creation. Swinging between different sounds and esthetics is like tasting deferent kind of foods. That gives you a new experience each time and my approach in my work is directly influenced by that.

On the other side the philosophical aspect of the story has a connotation in every society. I see Petrushka as a wooden doll that wants to overcome its condition to be able to feel, give and receive real emotions. We human take this option for granted and so often we give it away… 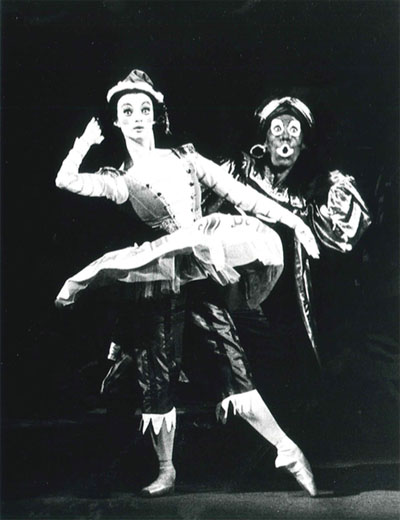 Royal Swedish Ballet gave Petrushka in the 1970's with Marie Louise Waldenström as the Doll and Verner Klavsen as the Moor, in an original setting from Ballet Russe. Photo EM Rydberg

Some of your works has been done before, by several choreographers, such as Romeo and Juliet, les Noces, Rite of Spring, and of course Petrushka. What is the temptation for making your own versions of this pieces?
Mr. Clug answers simply: I guess I was attracted to these titles, the same as my colleagues before me and after me.

How would you describe your contemporary style, who or what has affected you?
I am figuring out with every new project. It is like a constant journey that has no destination. My nature as a choreographer tends to change with the nature of each ballet. I certainly behave different in deferent topics and one thing I know for sure, that I’m not going to use elements of Russian folklore in my new ballet for NDT1, at least not deliberately.