London in January: From Show To Great Art

The Nutcrackers may be over but after just a few days respite, the English National Ballet returned to the Coliseum with Derek Deane’s extravaganza Strictly Gershwin; the title neatly playing on the commercial success of television dance shows.

The production was created for the vast arena of the Albert Hall so between the ‘big band’ tiered at the back, singers, cinema screen and props it was often standing room only for the dancers. 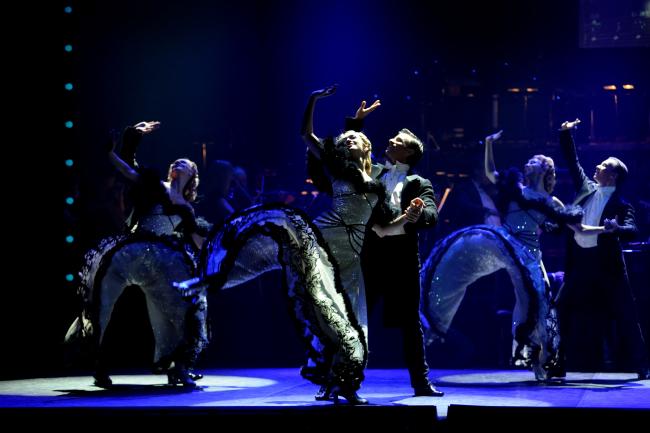 Shall We Dance? from Strictly Gershwin. Photographer Annabel Moeller

But it would be churlish not to admit there are some glorious moments in the evening. And, somewhat perversely, these are most often when the dancers exchanged ballet shoes for high heels, taps or jazz shoes and danced up a storm in Roberta Guida di Bagno’s costumes that ooze Hollywood glamour.

Guest stars Douglas Mills and Paul Robinson choreographed the tap numbers, and when these two chunky guys teamed up with diminutive Begoña Cao in Lady Be Good, the stage ignited; the combination of whirlwind of taps and vibrant personalities proving irresistible. Araminta Wraith, also in heels and partnered by Nathan Young, gave a sultry rendition of It Ain’t Necessarily So, to a musical arrangement with a tango bite.

Deane has arranged some of Gershwin’s most memorable songs into pas de deux. Never have pointes looked as sensuous as in the evocative Summertime. Jia Zhang wove her delicate feet through the music giving emotional heart to a technique of pristine purity: a potent mix and well balanced by the masculine strength of Arionel Vargas. 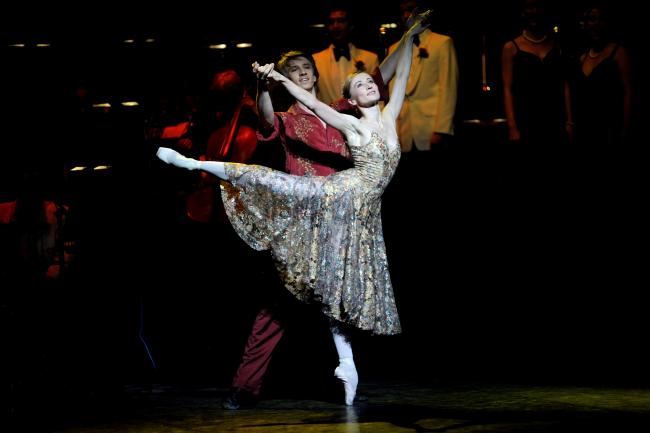 Daria Klimentova and Vadim Muntagirov gave their hearts to the big ballet pas de deux, The Man I Love but the poignant edge that gives the song its enduring charm was blunted by choreography of endless soaring lifts and pirouettes to sweeping arabesques.

Zdenek Konvalina, looking remarkably like a young Baryshnikov, also showed some of that great dancer’s talent for softening the ballet edges to adapt effectively to a jazzy style. Yonah Acosta, too, had no trouble contemporising ballet with Cuban ease, thought he did throw in a few Don Q tricks for good measure, and Shiori Kase won audience hearts and minds with her sheer love of dance.

Less successful was the very classical interpretation of Rhapsody in Blue which opened the second half. Sophisticated Anaïs Chalendard made the most of the prosaic choreography but her partner, Esteban Berlanga, looked decidedly ill at ease. The pastiche of An American in Paris was more reminiscent of that city’s notorious traffic jams than the film, as far too many dancers juggled with far too little space.

The band was fun: bold and brassy and conducted by musical arranger Gareth Valentine whose ‘dansant’ style almost had him joining in the ballet 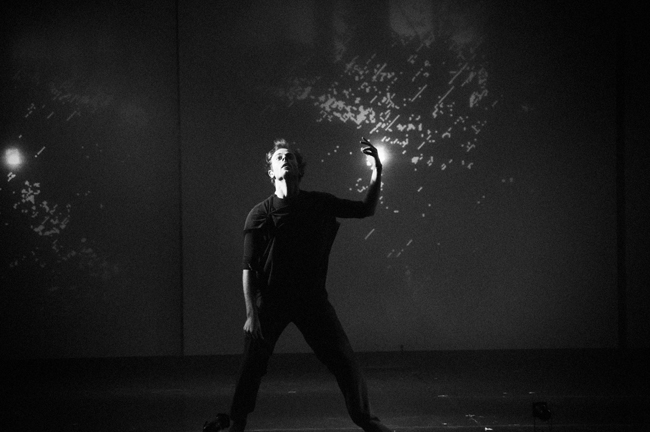 Martir’s credits include fashion events for Vivienne Westwood and Alexander McQueen among others but, this production lacked the theatrical wisdom to shape the overload of images and lighting effects, into a cohesive show.

Choreographer, Fernando Magaden and assistant Zoran Markovic have assembled a group of dancers with impressive track records but their talents were not obvious as, dressed in black, with heads shrouded in veils, they worked in a state of murky gloom whether the story line related to fighting demons or reconciling body and soul.

Only Katherine Cowie, a lithe dancer, her long hair flailing, raised the temperature with interesting solo moments that left me wanting to see more of Magaden’s choreography and much more of Cowie’s dance.  But even such a roster of dance talent couldn’t, unfortunately, put this Humpty-Dumpty together again.

Sarah Lamb – a wonderful artist
Kenneth McMillan’s Romeo and Juliet returns to the Royal Opera House where Sarah Lamb and Federico Bonelli were well paired. Lamb is a wonderful artist whose pretty blonde exterior masks a dramatic depth that came to the fore in this demanding role. While Bonelli could not match her acting skills, his romantic Latin looks and elegant, musical technique made him an exemplary Romeo.

But this was Lamb’s ballet. She grew from a playful child to blossom in the ballroom scene and close the first act in a duet of ecstatic abandon; an expression of blind love with no thought of tomorrow. After the bedroom pas de deux and Romeo’s departure, Juliet steps onto a treadmill of escalating tragedy. She faces her family in blind misery then, sitting motionless at the end of the bed, allows the waves of music wash over her as she searches for a way out. And, inevitably, the lovers immerse themselves in the poetic fatalism of the death scene. 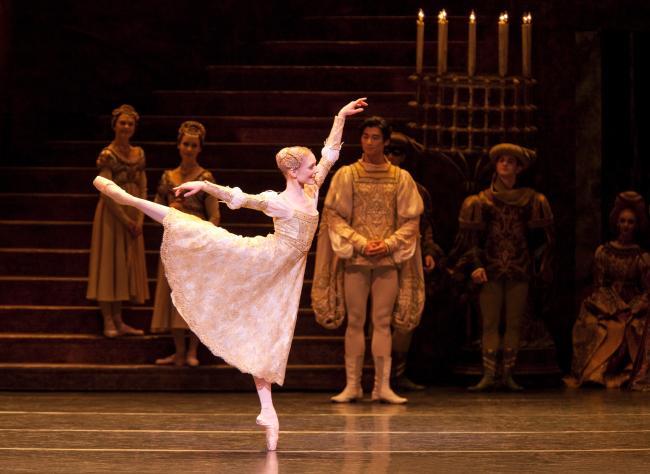 Getting the drama right is the key to a great Romeo and Juliet and this performance nailed it. Neither was there any hint of compromise on the dance quality. Lamb cannot put a foot wrong nor make a shape that is less than exquisite while Bonelli lends an easy charm to every well executed move.

Alexander Campbell was an ebullient Mercutio who jollied the ballet along but still has a way to go to find that knife-edge balance between clown and tragedian in his death scene. Gary Avis, as Tybalt, the Capulet’s Rottweiler, died as he lived - with brutal passion.