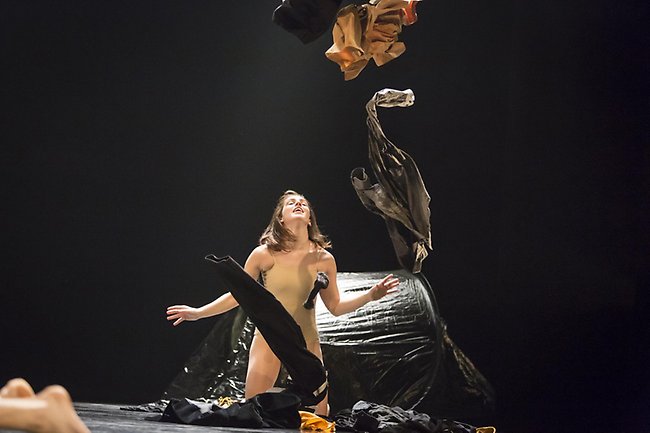 It is an effective mix: classic Mats Ek, a dark new work from Anthony Missen and a rich fantasy from Yossi Berg and Oded Graf. 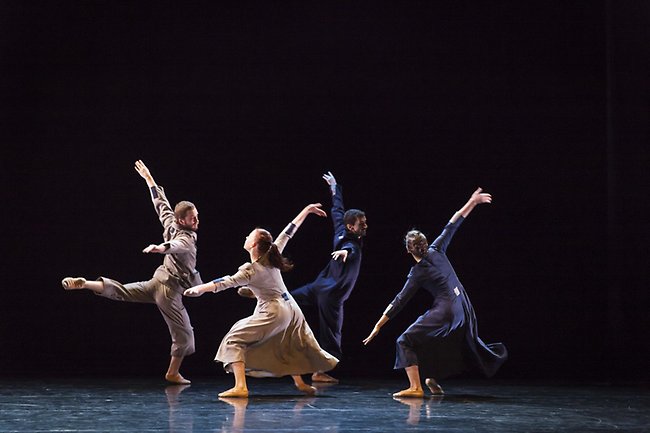 At the preshow talk Pompea Santoro, who mounted Pas de Danse, made an intriguing remark. She said she had become a better person through dancing Mats Ek’s works. She would know; she spent her dance career in Cullberg in the pivotal years and interpreted many of Ek’s greatest roles including the heart-rending character of the youngest sister in Bernadas Hus. In Pas de Danse and also in På Norrbotten, which Norrdans also have in their repertory, Ek has created some of his most appealing characters.

Pas de Danse is a nine minute delight as two couples explore the delicate balance of their relationships to the lusty folk music of J. P. Nyström. Ek’s country folk are real – neither the porcelain peasants of the ballet world nor stereotypes of simpleminded oafs. Upfront honesty is probably the hardest thing to express on stage but these dancers are the real thing.

Anna Jirmanova lights up the stage with her smile. She is well matched with Javier Perez and together they gambol and leap as frisky as spring lambs, testing the boundaries and revelling in the newness. 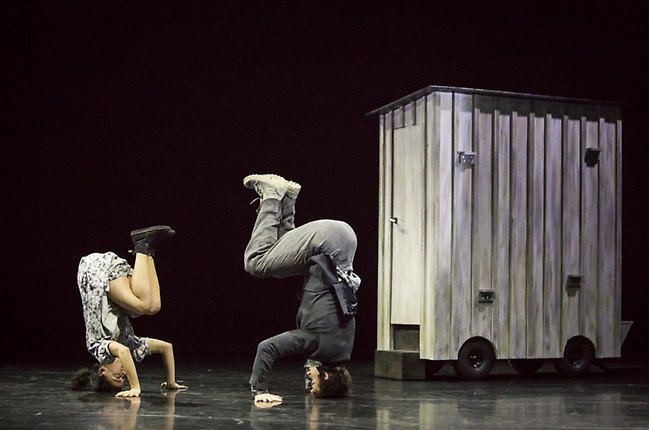 Fanny Barrouquère and Toby Fitzgibbons ini I Went Out on a Summer's Night. Photo Bengt Wanselius

Leila Verlinden and Tomáš Červinka have a more mature and knowing relationship. Between the two there is more water under the bridge and their deeper, and sometimes fractious partnership, is expressed in Ek’s idiosyncratic language of gestures and shapes. Ek shapes real people through his choreographic language making his works endlessly satisfying for both performer and viewer.

Despite his British origins, Anthony Missen's new work, I Went Out On A Summer’s Night, has the edge of a Scandi-noir thriller. The setting is a mobile home for an ordinary nuclear family but an unknown threat lurks in the darkness outside.

The threat comes in the form of Jakub Mędrzycki, a dark shape slithering across the stage in supernaturally fluid motion, before fixing the audience with his luminous red eyes: the epitome of all we fear in the night.

Later he becomes a more human threat in his attraction to the daughter, a fresh and sunny performance from Hanna Nussbaumer, but he is always the outsider, skulking in the shadows and shielding his vulnerability behind a wall of aggression. He becomes involved, predictably, in a violent brawl with the father, Toby Fitzgibbons. As the wife, Fanny Barrouquère, takes the fantasy a step further returning later in a glamorous silky dress and engaging in a lyrical pas de deux with Fitzgibbons. 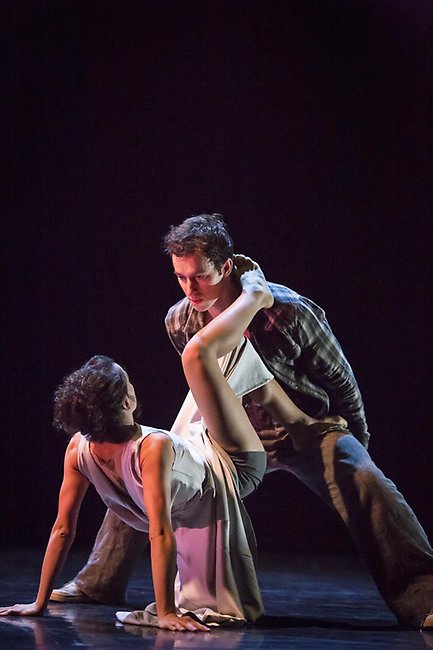 Fanny Barrouquère/Toby Fitzgibbons in I Went Out . . . Photo B Wanselius

It is an enigmatic work that can be read at many levels. Missen’s choreography is endlessly inventive. In the opening family trio, intimacy is expressed in imaginative partnering, the fight brings in elements of street dance, capturing the danger and aggression while each duet finds its own unique language.

Black Fairytale #2 from Yossi Berg and Oded Graf tackles the big questions of life: Who are we? Where are we going? And takes a meandering journey as the dancers search through myth and fairy tales for the elusive answers.

An effective opening to evocative, fragile music has the group huddled round Barrouquère in black suit and white bib. They follow her lead as she breathlessly intones, ‘Are you able to love?’ and reply with an equally breathless ‘YES’. The unit then spills out into energy charged movement, lifting and swirling in a dynamic whirlpool. This is the best of the choreography: perilous, innovative and thrilling. Barrouquère again proves herself an accomplished actress. She tells the plaintive tale of a girl wanting to go where the sun shines and peaches grow but ends up in a nightmare scenario climbing the Western Wall in Jerusalem. 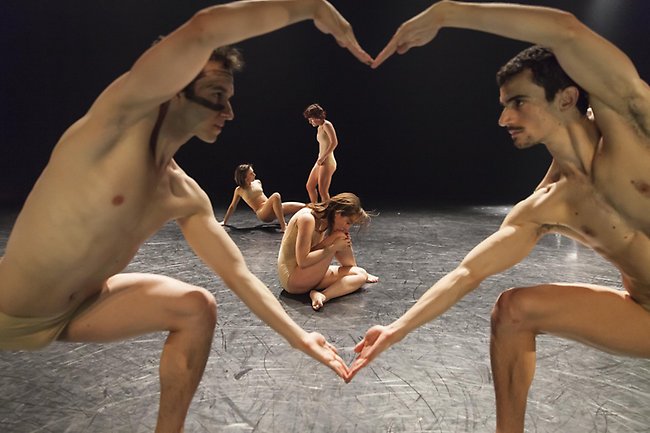 Somewhere in the background a small black tent feels it too could be a star and begins to quiver with excitement. In surprisingly imaginative choreography, driven by Jakub Mędrzycki, it has its moment of glory and very nearly steals the show.

In the second half, to the repetitive strains of Ravel’s Bolero, a labyrinthine track of black tape marks out the route as the dancers, having selected their choice of prop: Red Riding hood’s cloak, a gun or a candlestick, walk in mindless patterns.

Structurally the work is an odd mix, front loaded with a sense of purpose it loses pace in the middle when the direction falters thus making the effective conclusion seem over long.

À la carte found great favour with the first night audience and is another well balanced mixed bill, a recipe that Norrdans have made so successful. The programme can be seen at Dansens Hus Stockholm in May with the addition of a new duet from Mats Ek.