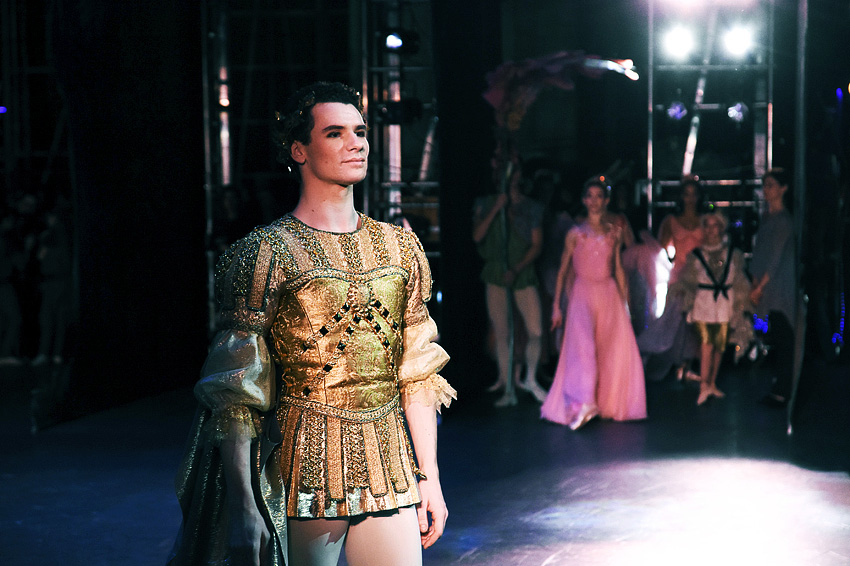 A dancer with a lifetime contract with the Paris Opera Ballet

PARIS: Paul Marque is a dancer at the Paris Opera – and just recently he has been promoted to Premier Danseur at the age of 20. He has been dancing since he was three years old. “My big sister was dancing and when I saw here in the class I wanted to do the same. My mother put me in a dance class, and after that I have never left the dance world”, says Paul Marque in an interview with Dansportalen. 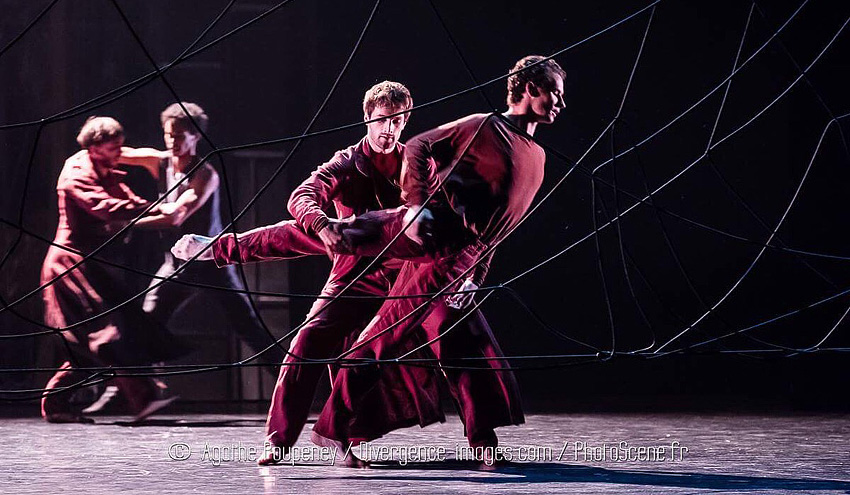 When I met Paul in Paris for the interview, we ended up in the Repetto Shop, just a few minutes walk from the Opera. So we sat down among all the attributes a large ballet shop has for sale. It was a perfect environment to make an interview with a dancer.

“I am from the south of France, from Dax near Biaritz. I went to the Paris Opera Ballet School when I was 10 years and I passed all the tests and joined the company when I was 17.

How did you react when your mother took you to a dance class at the age of 3?

I was really scared; it was a new place, new people. But after a time I was amazed and I knew I really loved to dance. So I ended up spending seven years with dance lessons, doing both modern and classical classes in my hometown, before I entered the Paris Opera Ballet School.”

“I don’t know why, but I found classical dance was my favourite subject to dance.

I just knew I wanted to continue this sort of dance.” 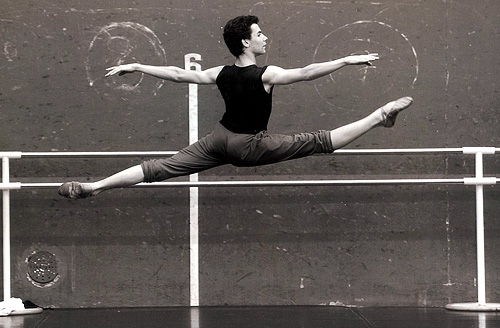 At the age of 10 you went to Paris for a test to be approved by the school?

“I was really affected by the situation. I had left my family, and that was so hard the first time I stayed in Paris. But to enter the school with dance every day with great teachers, good studios. It was a completely different world. I was so young so I didn’t notice what was really going on.”

The students in the school also participate in the performances.

“I was 11 when I did the first ensemble performance in December. We did jumps, pirouettes etc like we did in the studio every day. The first year you don’t do anything on stage. In May we have the yearly show of the school. At the end of term we have an exam (les concours annuels) showing if we will be ready to continue to the next level.

How was a normal school day for you?

“We woke up every morning at 06.45. We had academic lessons from 08.00. The lessons were inside the Paris Opera. At 12.00 we had a lunch break until 13.30. After that a warm-up class and then different classes and training, like pas de deux, how to speak and sing, anatomy lessons and the history of dance. At latest we finished the day at 18.30.” 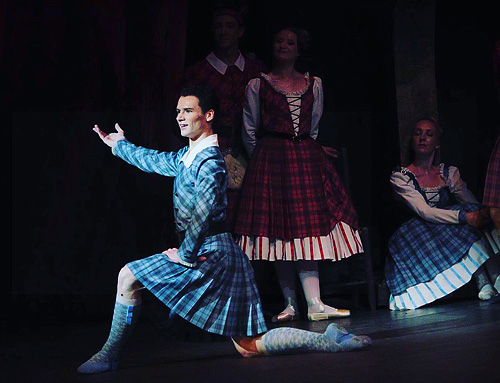 You told me it was around 2000 boys who applied for the first year at the age of 10, together with you Paul?

"To enter Paris opera ballet school, we have to pass two exams. At the very beginning, we were more or less 2000 boys who tried to pass the 1st exam, and after the 2nd exams we were only seven to join the school. Then, year after year, some dancers were fired, and we were only three dancers left from the 2000 boys at the very beginning. And now, we are only two boys who joined Paris Opera Ballet."

It's hard to become a dancer at the Paris Opera!

After 6,5 years at the school, what happens then?

“You have got only two minutes on stage to show who you are, how you are dancing, after ten years of dance. And those two minutes shall decide if you will have a contract to be a professional dancer.”

Earlier they had to dance two variations – but they have changed the system now, now there is both a class and a variation to dance.

So how were your feelings when you passed and was accepted by the Opera?

“A dream became true, the happiest man in the world, everything in your life is changing, with this little paper.” 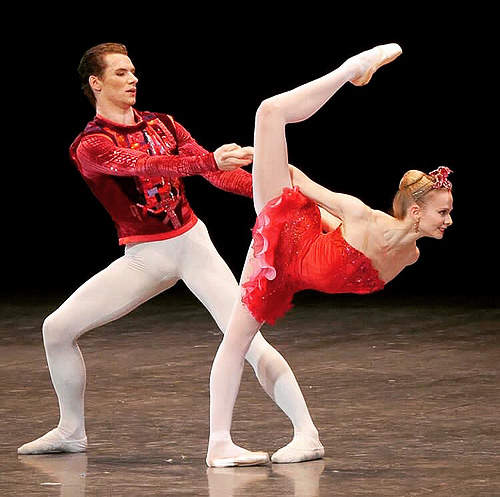 Rubies from Jewels by Balanchine with Léonore Baulac. Photo Scenelibre

For how long is your contract with the Opera?

Already at the age of 17 you got a lifetime contract with the Paris Opera Ballet?

It is very unusual to get a lifetime contract when other theatres give you 1-2 years in the beginning of the career. 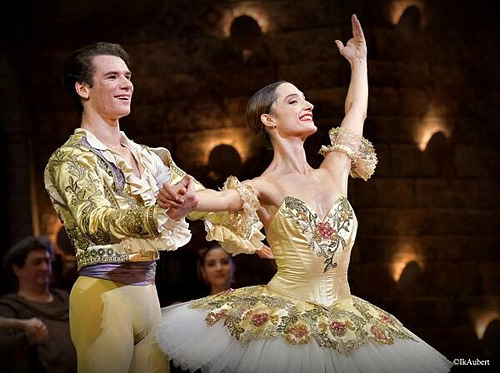 After this interview was made, Paul passed his promotion contest for the next level: “Premier danseur". Today they are 11 dancers at this level.

The highest level is “Danseur Étoile”. And it is only by nomination. Today 19 dancers have the title of Danseur Étoile. 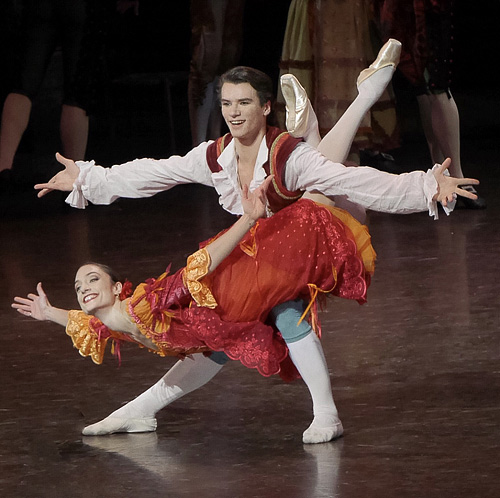 How is your feeling when you enter the world's most distinguished opera every day?

“When I leave the Metro and enter the square just in front of the Opera, I have often been overwhelmed of the vision of the fantastic building, which I am part of today”, says Paul with a gesture that shows he really means it.

“It is a fantastic place.”

But can't there be hard times too?

“Yes, of course, but the chance to be in a place where you can do what you love is amazing. You have rehearsals and have to be there from morning to late evenings, but there is so much pleasure in always acting and dancing. And that is the really big chance, I got to do what I love.” 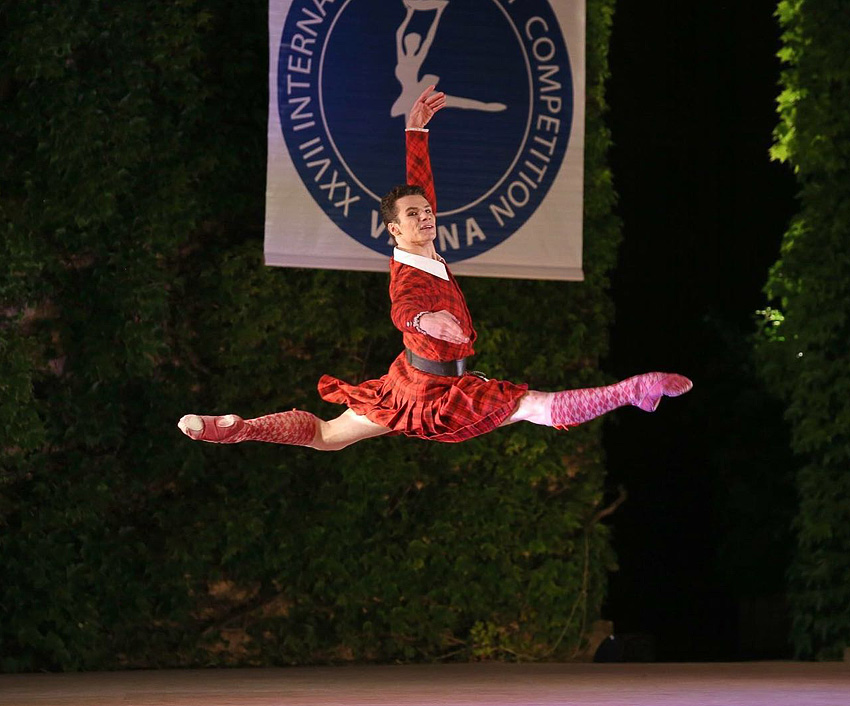 You were in a contest in Varna, Bulgaria and you were so lucky there?

“It was an amazing experience too, and really hard.” Dansportalen made the first interview with me after Varna on your Instagram.

How did you have time to go to the competition with your tight schedule here at the Opera?

“I have no idea,” says Paul with a laugh. “But I realize now I spent nearly 15 hours a day with training before going to Varna and at the same time being on the stage with rehearsals at the Opera. But it was an amazing experience to be on that famous green stage in Varna.”

Paul won a gold medal in Varna! He did at the first round: Grand pas classique and the 3rd act of Swan Lake

2nd round: Giselle 2nd act, La Sylphide 2nd act and Blake. a work by William Forsythe, for the contemporary variation

3rd round: Etude, Donizetti and Genus and from McGregore for the contemporary variation.

That was eight variations! And you managed to get time to rehearse all of them?

“I planned to go to Varna with five pas-de-deux, three classical and two modern, with a girl from the Opera. But two weeks before Varna she was injured. So 10 days before I decided to go alone to Varna I had to change everything, it was not five pas-de-deux any longer, I had to dance eight solo variations!” 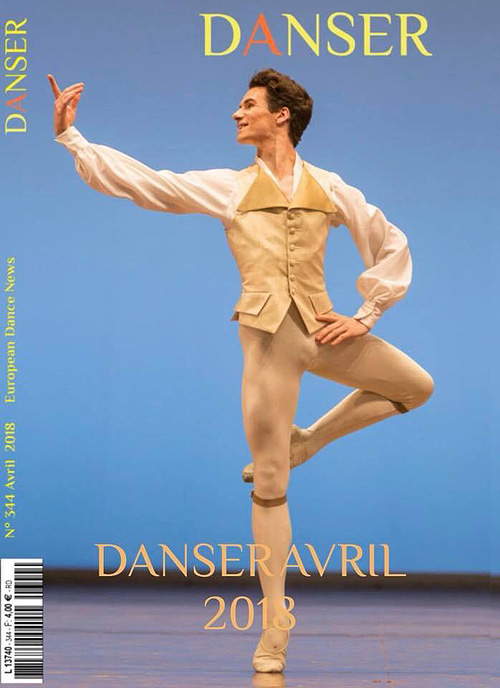 Paul Marque on the cover of dance magazine Danser, April 2018.

What do you love to dance?

“I don’t like only to dance classical variations but more generally classical ballet, and I never danced Swan lake, but I dream about it. The characters are really special and it is one of the greatest ballets ever.

I have not done so much contemporary dance, but when I met William Forsythe in the studio it was amazing for me to listen to his advice during the rehearsal. It was a big moment. To work with him every day was really an experience. I really like to dance Wayne McGregors work too, I performed a short piece in Varna.”

“I also want to dance one of Mats Ek's works one day,” says Paul Marque. And we certainly hope we will be able to see him on stage in something by Ek.

And in the background we can hear the music from Swan Lake when we leave the Repetto shop in the very heart of Paris.