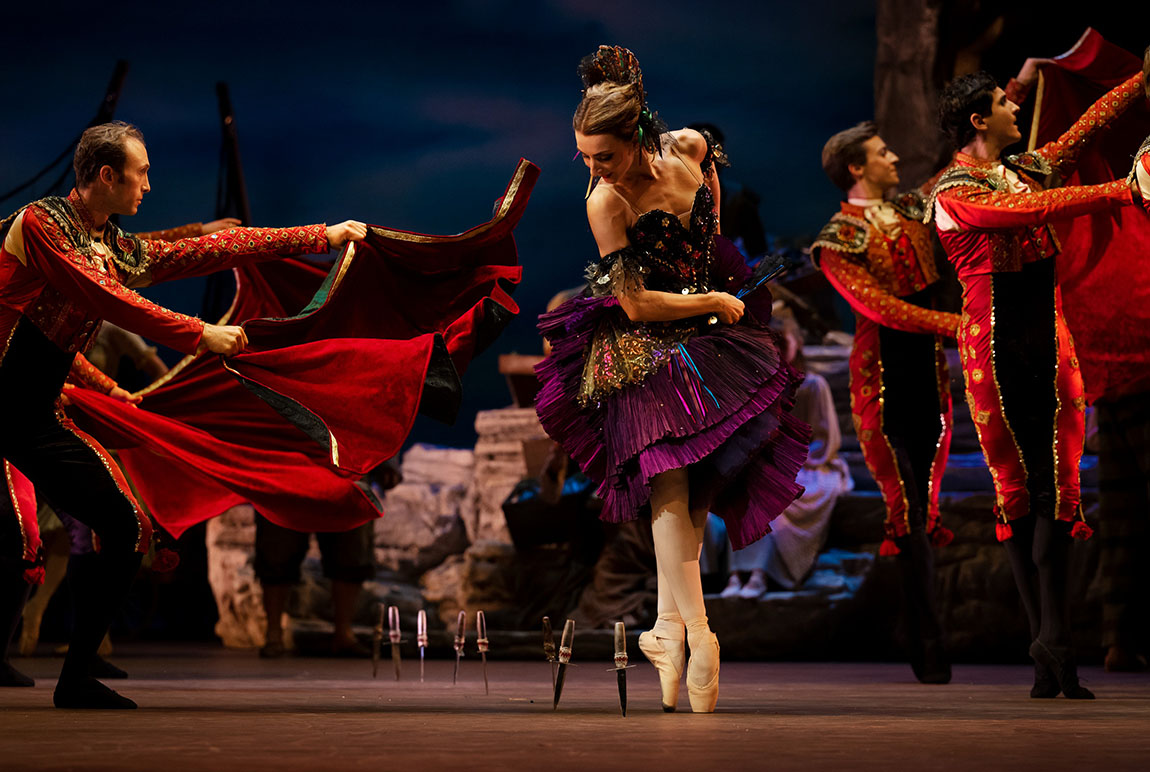 Don Quixote: A triumph for the company

Don Quixote is a ballet loved by dancers and audiences alike. The Royal Swedish Ballet open their season with Rudolph Nureyev’s version of the ballet following Marius Petipa’s choreography and staged by Clairemarie Osta. It is a feast of dance, music and colourful costumes with the added bonus of Madeleine Woo and Dmitry Zagrebin in the roles of Kitri and Basilio. 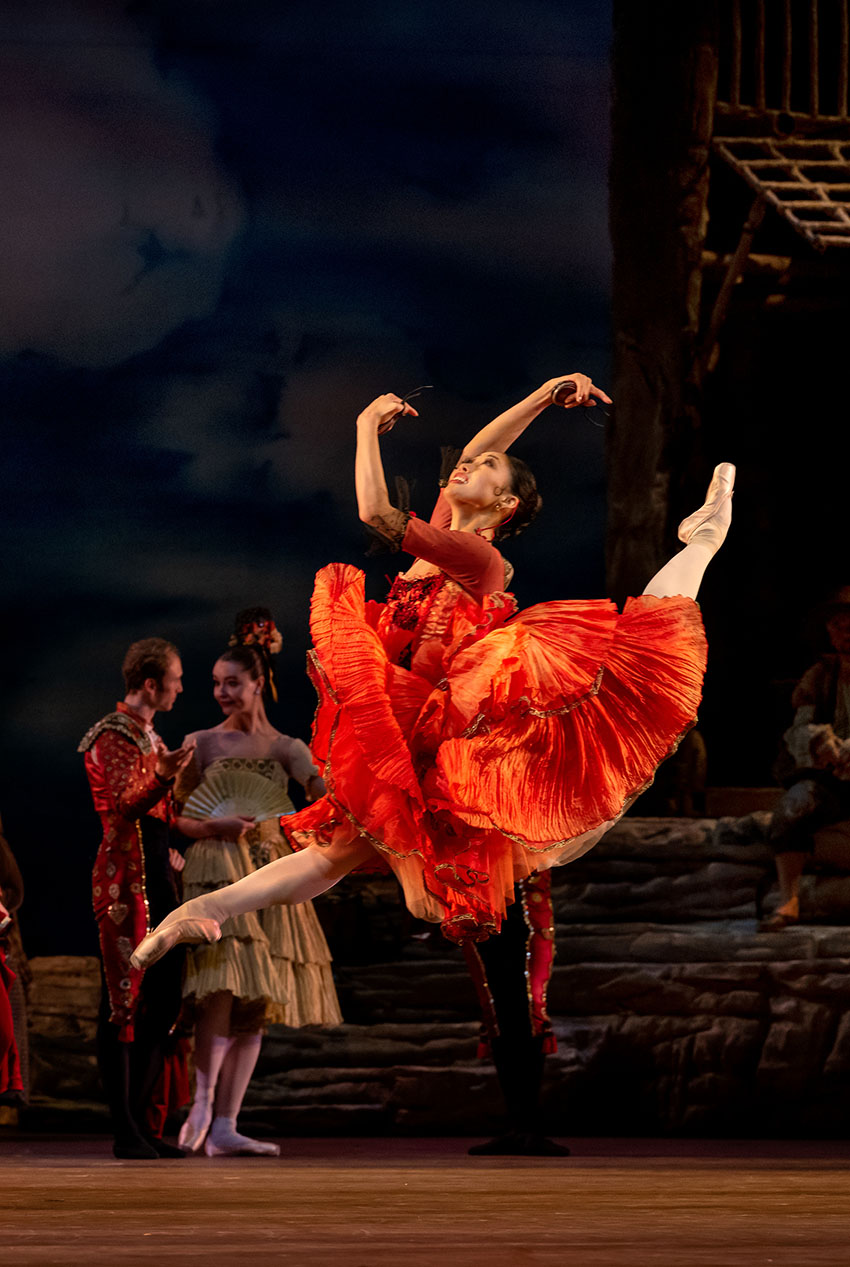 Woo stamps her mark on the role from her first entrance, full of mischief, the best dancer in town and her heart set on Basilio (although she might keep him at arm’s length a while longer). Zagbrebin is equally best dancer and flagrantly courting every girl in town but secretly his heart is already given to Kitri. However, the ballet is named, Don Quixote, and the old gentleman is responsible for weaving the slender narrative thread through three acts of high energy dance. 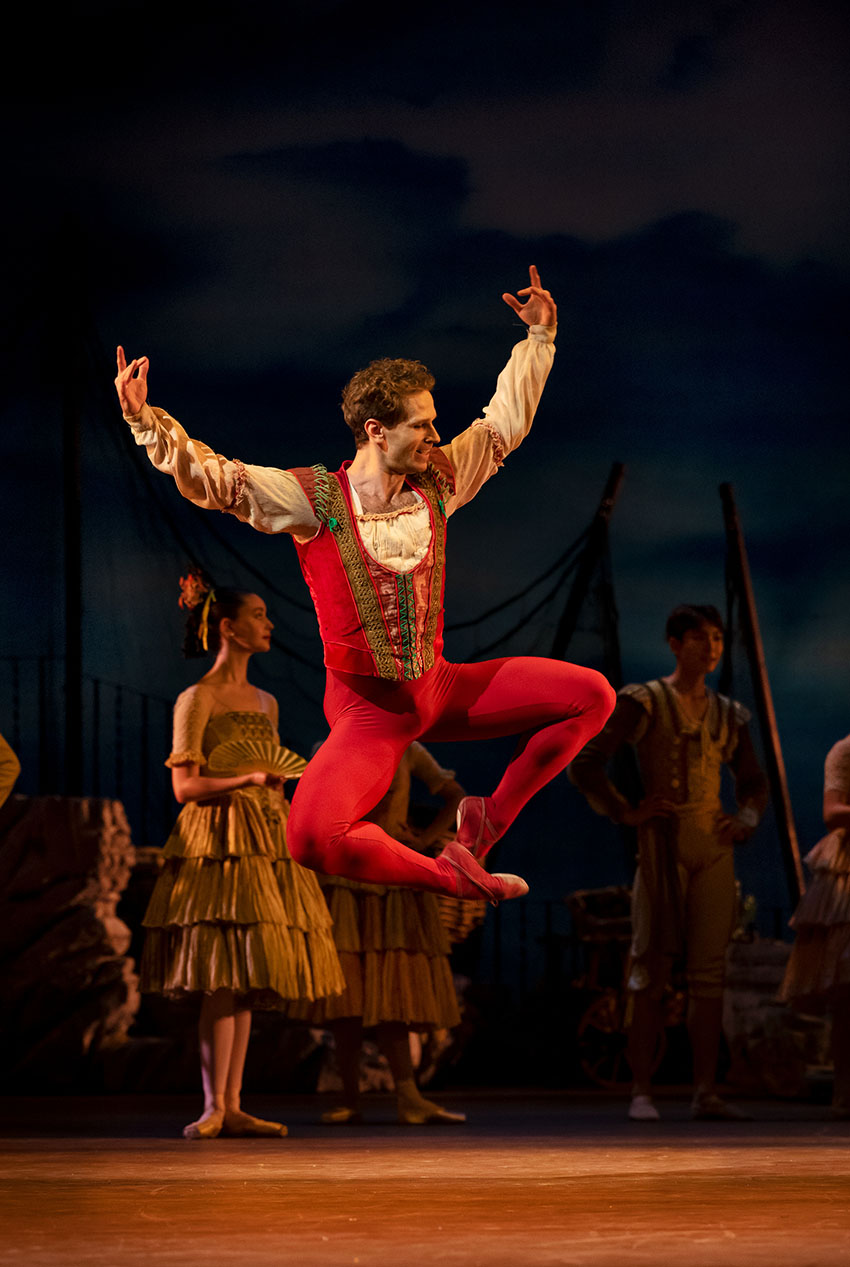 The company were on top form on opening night and guest conductor, Garrett Keast kept a brisk pace throughout the evening. Léon Minkus wrote some of his most dynamic music for the ballet: the rousing entrance of the toreadors, cloaks swirling or Kitri’s fiery opening to her act one solo will stir the blood of any true balletomane. Nadine Baylis’ costumes are a sumptuous display of colour and lavish decoration. This production has smartly dressed villagers and certainly the most ornately costumed Andalusian Gitanos ever.

It's a marathon of a ballet for the two principals who need to keep the energy levels at boiling point. Each act has its challenges but the grand pas in Act Three was the highlight. Woo and Zagbrebin had the authority, still with a cheeky edge, but as grand as they come. Woo’s strength and crystal clean classical finish, together with Zagbrebin’s strong support, made light of the duet. In their solos, the sparks flew while Woo’s dazzling fouettés and Zagbrebin’s flying leaps and turns added magic to the coda. 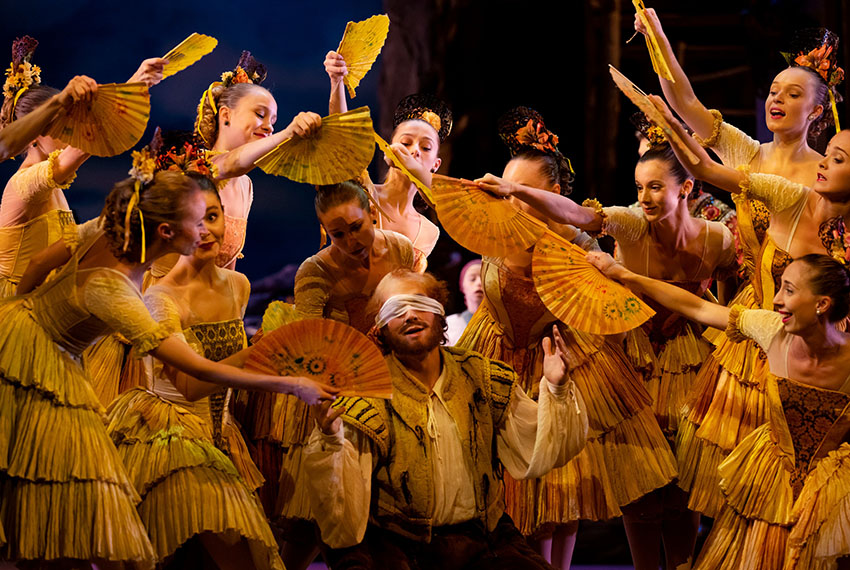 At the encampment, the couple have a chance to show their depth of feeling in a gentle duet as the two runaways cling together. In Don Quixote’s dream, Woo shows her ballerina quality, presenting the Dulcinea variation with inner strength and outer lyricism. Maya Schonbrun, gave a brilliant performance as the Queen of the Dryads, but as a new young dancer she still needs time to develop the authority needed for the role. Minji Nam sparkled at high speed as Cupid and a well-rehearsed corps of Dryads added support.

Calum Lowden made a first-class Espada. A dancer who always gives a polished performance with attention to detail, he held the stage enthralled with his cohort of toreadors while a beautifully attired Desislava Stoeva was his vibrant Mercedes. Rikako Shibamoto, Emily Slawski and Abby Morgan added to the celebrations in well danced variations. 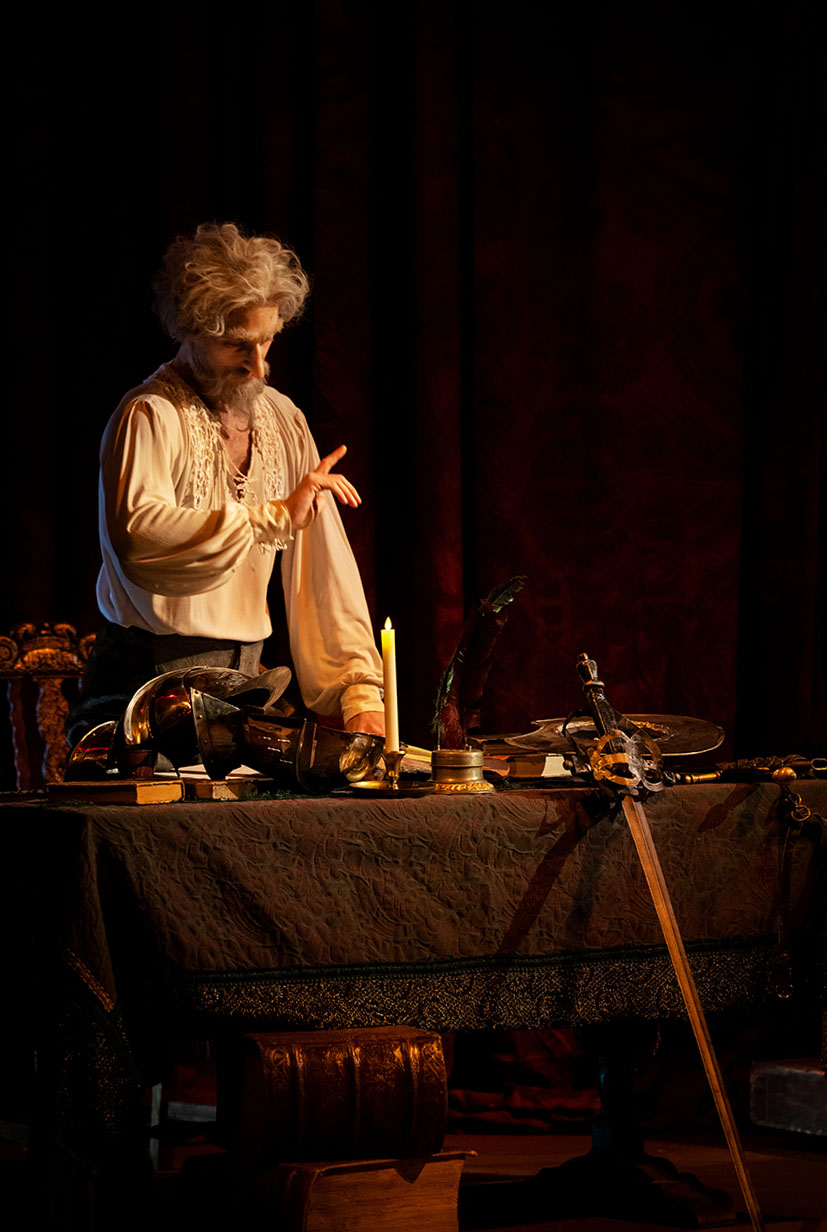 The opening scene is given to Don Quixote, (Gabriel Barrenengoa) and his loyal servant Sancho Panza (Jonatan Davidsson) to establish their characters. In the harbour square and again in the Battle of the Windmills the Don makes a commanding presence while Sancho Panza provides the comedy. Gamache, (William Dugan) the other figure of fun, is somewhat too extravagant to be believable and it falls to Lorenzo, (Claes Lindbom) to try and keep some order in the house. AdiLiJiang Abudureheman as the lead Gitano (or ‘itinerant’ as the programme describes them) whipped up a storm in Act Two with very good ensemble backing. With this line-up of talent, the company have a hit on their hands.